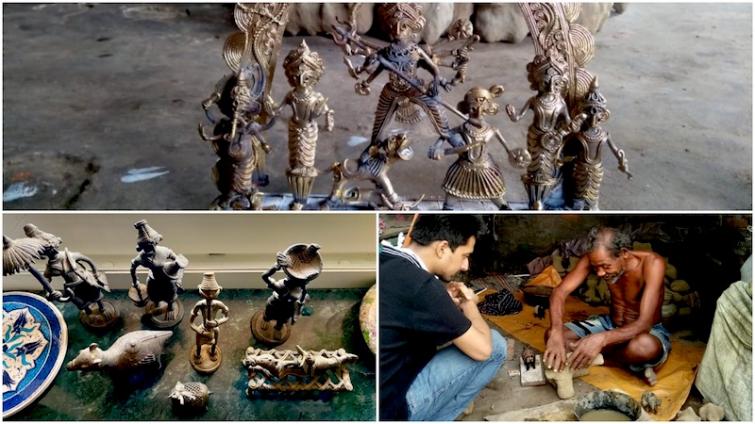 Trying hand at one of the world's oldest metal casting art

At a time when the Prime Minister of India urges everyone to be 'vocal for local', here is a first hand account by Nitin Waghela about the traditional Dokra art of West Bengal and how one can train with the artists who are facing the challenge of machine-made products

I looked on excitedly as Mangal Karmakar firmly but cautiously hammered away at the mould. As the covering fell away, the figurine of a horse emerged from within. Maybe it will never find a place among the show windows of a crafts emporium but to me it was worth its weight in gold. My first attempt at making a ‘dokra’ artefact.

On paper, the process seemed simple enough. But in practice, it was exactly the opposite as I found out during my visit to Bikna, a small village in Bankura district of West Bengal, which specialises in the making of Dokra (or Dhokra). It is said to be one of the world’s oldest forms of metal casting.

Practised at many places in India, especially the tribal belt of central India, and appreciated for its intrinsic beauty, dokra, like many other traditional art forms, is fighting a losing battle against machine-made goods.

It was during a discussion with Sudhir Karmakar, an artisan from the eponymous district headquarters, which inspired me to try my hand at the art. “I started learning this skill as a 10 year old urged by my father,” he said. In the beginning, he used to make cow bells. But as the demand for these bells declined, he began making figurines, including that of gods and animals. 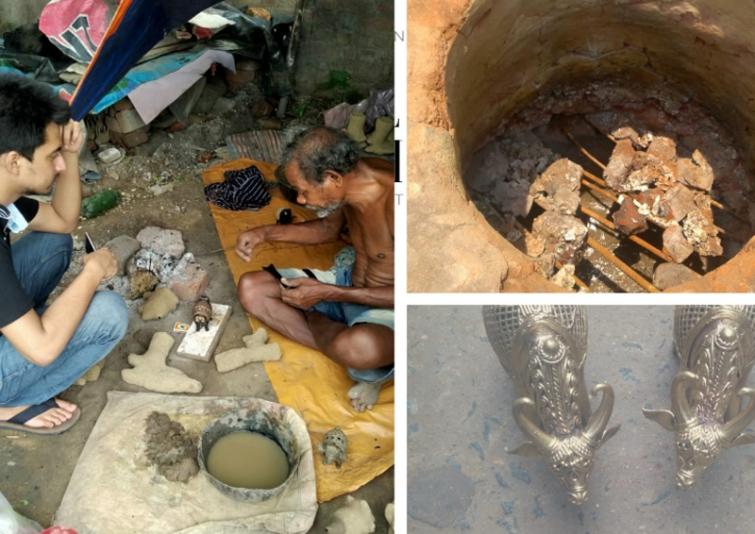 Today, a two-time state level award winner, he also trains young children so that the art form does not die.

I contacted Bikna’s Dokra Hastajata Kutir Silpa Kalyan Samity, an artists’ cooperative, to know more about the art. According to some of them, the origin of Dokra art in Bikna goes back to a group of artists who arrived from Odisha and settled here. The families have a common surname, Karmakar.

Dokra artist Mangal Karmakar from Bikna agreed to teach me the art. But he warned, “It takes years to set one’s hands and attain perfection.”

We began by making a basic structure using mud, dried it in the sun and then applied mustard oil to soften the whole structure. It took me one whole day to accomplish what resembled a horse.

The following night, the structure seemed dry enough to start working with. Next, we used lac to create design patterns over the mould. After that, using heated wax, we created the appendages, such as ears, nose and tail of the horse. Then we covered the horse with two layers of mud - plain and sea mud - leaving a gap between the two layers to pour molten brass.

It was almost dawn by the time we were done.  I helped Mangal shut down the workshop and decided to take some rest. 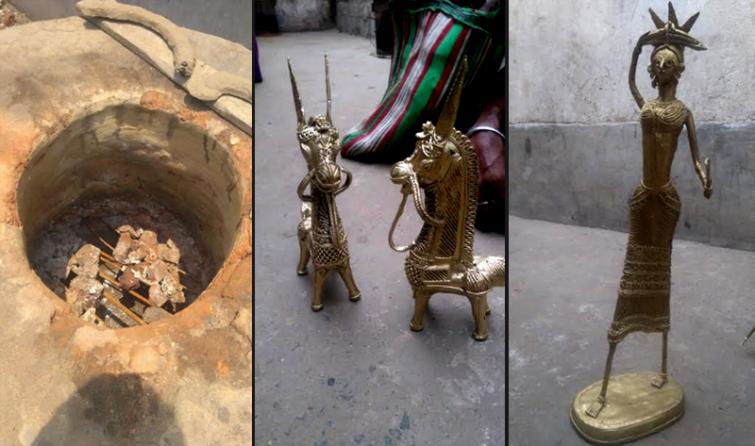 The following morning, I arrived early at the workshop. We  spent the first half of the day melting locally bought brass in a furnace. The brass was then poured into the gap left in the mould and gap sealed with mud. This mould was placed in the furnace in a straight position.  We waited for a yellowish flame to come out of a hole, the signal to remove the structure in a motion that leaves the horse upside-down.

It was an intricate step. It could either lead to wastage of raw material or a well-crafted finished brass horse. The entire mould was cooled off with water and then the mud covering chipped away.

The heat from the furnace was difficult to bear. So after a wash and a drink of water, we sat down to polish the brass piece with the help of a machine. Mangal had bought the machine for rupees seven thousand and was proud of it.

As Mangal handed over the brass horse to me, I was delighted to have tried my hand at it. 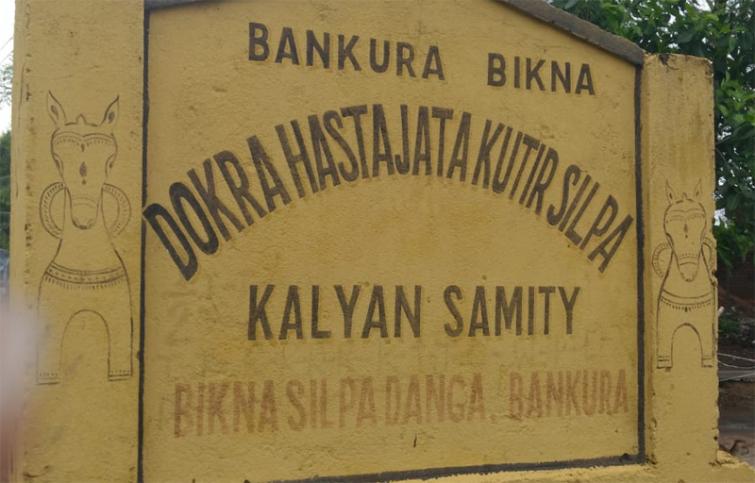 Now as I sit at home, forced by the lockdown, I look at the Dokra horse for solace. Did you know that Bengal Dokra has also earned the prestigious Geographical Indication tag?

It also makes me worried about the plight of the artisans in this pandemic induced lockdown stage. Already faced with stiff competition from mass produced goods, the industry is under further stress owing to the pandemic related lockdown and other restrictions.