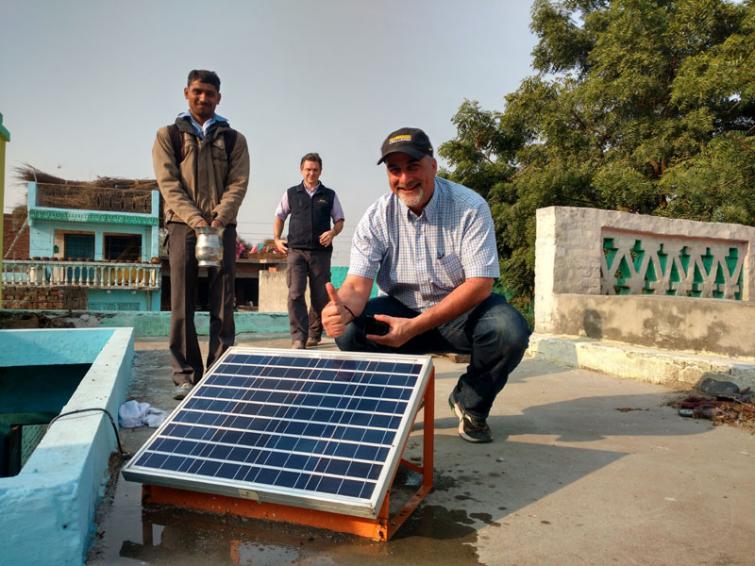 Despite growing advocacy for using solar power as a sustainable source of energy, the cost factor often deters even a willing customer. Bengaluru-based Simpa Networks offers a solution with its ‘solar-as-a-service to energy’ for poor households and micro-enterprises in rural India. Paromita Pain reports

In 2013, when Piyush Mathur returned to India after a successful private equity career abroad, he wanted to work in a social- and development-oriented field. “I have an extensive background in finance,” he says, “which I thought I could use to move big rocks on the development front, possibly working for a development finance institution.” He, then, came across the Bengaluru-based Simpa Networks.

Founded in 2011 by Paul Needham, Jacob Winiecki and Michael MacHarg, three entrepreneurs passionate about alternative energy, Simpa sells solar power systems, with financing, to households and shops. Mathur was intrigued by the idea of Simpa.

He realised that increasing access to affordable energy was as much a matter of accessibility as it was of finance, and joined the company as the chief financial officer. “On the surface, it seems like it is a solar business,” says Mathur, who now serves as the chief executive officer of Simpa, “but it solves the financial access problem at the same time as energy access.

Simpa, a name derived from “simple payments,” works on this principle of keeping access to solar energy simple, teamed with efficient customer service. Customers make small initial payments to have the solar energy systems installed, and then, it is a pay-as-you-go system for the electricity.

These small payments for energy services add up toward the total cost and, once fully paid, customers own the systems. In 2016, Simpa received a grant from the Millennium Alliance for expanding solar-as-a-service to lower-income households and micro-enterprises in rural India. The Millennium Alliance is a partnership between the governments of the United States and India, which provides support to innovators. 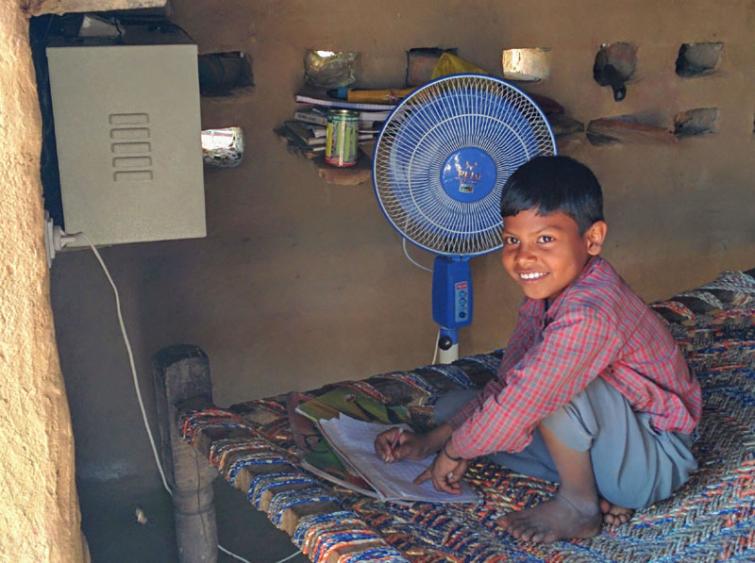 Simpa aims to make solar power available to the homes and organizations that are off the electrical grid in the country. It has deployed over 60,000 solar home systems in recent years in Uttar Pradesh, Bihar and Odisha.

“We package solar energy devices with point-of-sale financing and doorstep service, which makes it easy and affordable for the customers to go solar,” says Mathur. “We solved the accessibility aspect of it by focusing on the affordability issue. We used a direct sales channel to take the solar devices to the people, as well as get information about customer needs and their ability to pay. All consumers can pay in instalments. They do not have to pay the full price upfront.”

Simpa recruits local sales agents in the cities, and it is these agents who are the backbone of the company. “We recruit our sales agents very carefully,” says Mathur. “They have to be from the local areas, have a genuine desire to have a social impact on their communities and have that hunger to promote [solar power] adoption.” These agents, or “urja mitras,” identify shops and homes that can benefit from the use of solar energy.

They speak to the people concerned and find out more about their needs. For example, a person may be closing his shop at sunset because of unreliable electricity supply. An agent will explain to him what a Simpa solar system does and its advantages.

Each unit costs between Rs. 15,000 and Rs. 35,000. “Customers pay about 10 percent of the cost initially and start using the products,” says Mathur. “Our customer care team members then visit every home or establishment that uses the product and ensure that every problem is resolved as fast as possible. They also collect the instalments during these visits.”

Mathur says Simpa’s financial model is a strong and viable one. “Today, we have relationships with organizations like OPIC (Overseas Private Investment Corporation) and ADB (Asian Development Bank),” he says.

Earlier, Simpa would take the loans from banks like ADB and pass them onto customers. Today, the company is partnering with local commercial banks to provide financing for solar devices. “If you asked me to define my achievement,” says Mathur, “I would say that building up this sector and making it financially viable is something I am proud of.”