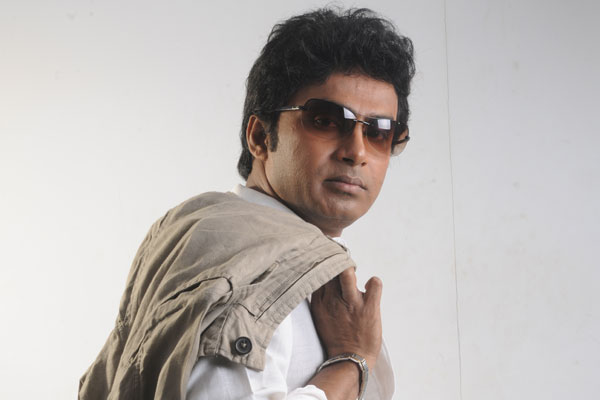 'I want to create playfront singers'

Trans World Features (TWF) | | 07 Nov 2014, 02:45 pm
#I want to create playfront singers
Vocalist Prasant A Samadhar trained talented singers like Shreya Ghoshal and Arijit Singh, but never himself ran for a pure Bollywood playback career. He is now teaming up with maestros Girija Devi and Hariharan for a live stage performance. TWF correspondent Shabarni Basu caught up with the singer on music, stage shows and more...

When he was only 14, Prasant A Samadhar was invited to the Rashtrapati Bhavan to perform for the late Prime Minister Rajiv Gandhi and then President R Venkataraman at the prestigious Mughal Gardens in New Delhi. He received the National Scholarship in Indian Classical Music from the Central Government  and later became a scholar at the prestigious ITC Sangeet Research Academy. Inspired and even tutored by Pandit Bhimsen Joshi, the singer can perform a heavy raga, a romantic film song and a heavy-duty fusion number, all with equal ease. Excerpts of an interview:

You have paired up the sensational Hariharan, what can the audience expect from such a high-profile Jugalbandhi?

Audience will get something very new. They will understand the difference between film music with that of fusion, light classical and classical music. All will be combined together for the first time on stage. This will also be a learning session for the youngsters and the aspirants of reality shows. They will realize that this is the kind of music that can survive them in long run. It will be a historical event since Hariharan, Girija Deviji and me come together for the first time. It is a combination of three generations. We are aiming to create global unity or rather unity in diversity.

Do you feel the same enthusiasm now before your shows even after spending so many years in this field like your first stage performance?

It is more now! Now I am into more creations and innovations. When I performed for first time it was just a show, but now I am more open towards creating something new. I am the first singer from Kolkata to change the format of singing in Dhoti Kurta to jamming with guitar, tabla and keyboards.

How does it feel to see your students becoming one of the top singers of the industry?

I am very happy! God gives this opportunity to only a few people. This responsibility was given to me by Kalaynji (of famous composer brothers Kalyanji-Anandji ). He said Prasant you should train them since you know the pulse of 5000 people. He never wanted a person clad in Dhoti-Kurta to train the youngsters.

You are a singer yourself, so what gives you more pleasure- to see Arijit, Shreya-bagging awards or when you yourself get one?

Do you feel singers now-a-day need to get themselves equally groomed in all other aspects of stage shows besides their vocal training?

Of course! It has to be a combination of all.

Where do you feel the Bollywood music stands today?

See, playback singing is a dangerous word, you first need to be a pure singer. People should not think about playback singing. They should  become a singer first. It's like become a pure water so that he or she can take up any singing challenge when required. People now only know certain songs. They download them and then start  performing. This in dangerous for our music fraternity. Capitalizing on certain songs is dangerous.  I would suggest before you expect something big, become learned and invest yourself in creating something new. Haar maa baap bachhe ko yeh bolte hain ki Maa Saraswati ka shresthh vidya hain sangeet, par bachhe ko yeh sikhate hain chhuttio ke din mein. Music has to be a mainstream profession. A musician can even employ engineers.

And what about actors rendering voices to their own songs? Do you think it is bad for the music fraternity?

Who has been your inspiration in this field?

Pandit Bhimsen Joshi. I respect him deeply as he is the only personality who has stuck to just classical music. He has never deviated from his path.

Down five years, how do you intend to contribute in the world of music?

I want to create a dream for everyone to become a "playfront" singer.  Playfront means people should sing for themselves. It should be like "this is you, your song" . I want people to become singers and involve themselves in creation and innovation of music rather than running after the playback singing career.