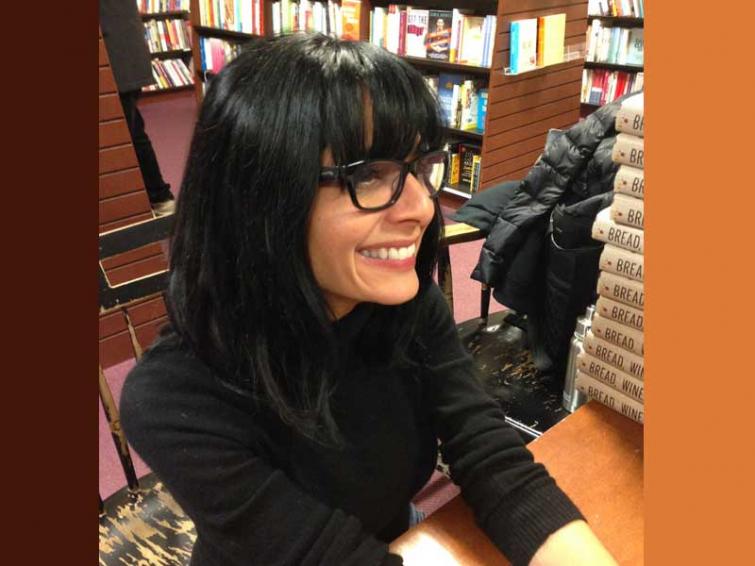 Journalist and educator Simran Sethi explores the cultural and emotional importance of food, and highlights the threats to its diversity across the world, reports SPAN writer Paromita Pain from Texas

Food sustains life, but is there more to it? For Simran Sethi, food’s vital connections with people and communities—its taste, smell and origins—is a story that calls for deeper exploration. A journalist and educator focused on food, sustainability and social change, Sethi has been named an environmental “messenger” by Vanity Fair magazine and designated as one of the top eight women saving the planet by Marie Claire magazine. She is the author of Bread, Wine, Chocolate: The Slow Loss of Foods We Love, which was named as one of the best food books of 2016 by the Smithsonian. She is also the creator of “The Slow Melt,” a podcast devoted to chocolate—highlighting the people, places and processes behind this industry. Sethi’s work in the field is steeped in the concepts of social justice and public education.

Her interest in the area of food sustainability and social change developed in the late 1990s. “An essay by Anuradha Mittal, executive director of the Oakland Institute, talked about hunger as not simply an absence of food, but as an experience built on geopolitics,” says Sethi. “She really helped build my ideas about food justice and hunger issues.”

The Oakland Institute is a California-based think tank.

“Food is a lens through which we can work to resolve many of the issues facing our world today, like climate change, and other social and cultural challenges,” says Sethi. “No country in this modern era is self-sufficient in feeding itself.” Therefore, food can be an important area to connect and bond.

As an area of research, food is deeply connected to social justice. “The people who feed us, like the small farmers who grow food, are often the poorest and eat a different kind of food than what they serve others,” explains Sethi. “These are issues of equity that need further exploration.”

A way to reduce such inequalities is to ensure that the public is more aware of what goes into food production, for instance, by making stories of food production more personal. The act and art of growing, preparing and sharing food are deeply emotional and intimate experiences. Sethi knows how powerful such connections can be. When she began writing her book on how the foods we enjoy are endangered by genetic erosion, a loss of diversity in what we grow and eat, she realised the deep connections between biological characteristics, personal preferences and emotions. “It was then that I started thinking about all the food we use on a daily basis, like coffee that starts our day or chocolate that mends broken hearts,” she says. “When we drink a cup of coffee that starts our day, do we think about the farmer who grew it? Do we think about its environmental impact?” Through her book, she aims to inspire people to eat more consciously, better understand familiar and new foods, and learn what it would take to save this world of tastes.

Food, for Sethi, is also a means of nourishing the body. As she says, “Deliciousness is something precious. Flavours matter.”

She is also always inspired by the people she writes about. Her subjects are diverse and range from small farmers’ holdings growing cocoa and producers creatively using technology to connect people to researchers examining why people from low-income communities feed their children the food that others consider unhealthy. “Food represents so much of who we are,” says Sethi. “For me, it’s a constantly-changing puzzle.”

As Sethi explains, she was always aware that certain varieties of fruits, meats and vegetables were going extinct, but it was when she started writing her book that she grasped its effects on the whole ecosystem. “So, in my book, I make a case for saving food by savouring them,” she says. The key to public education lies in being able to place issues within people’s existing contexts.

Sethi adds that everyone can play a role in enhancing and encouraging agrodiversity. “It is as easy as shopping from farmers’ markets and choosing restaurants that source their produce locally,” she says. “Volunteering with food banks and using skills like social media or marketing expertise to help organisations increase their reach is also very valuable.”