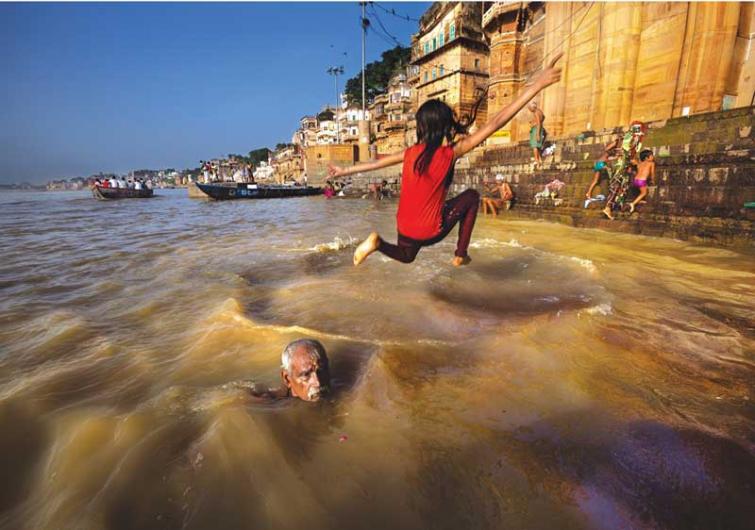 Varanasi’s historic Balaji Ghat has welcomed pilgrims and visitors for centuries, but wear and tear had made its mark. Fortunately, a preservation programme of ancient monuments has restored it to its former glory, reports New York based SPAN magazine writer Michael Gallant

Since 1735, pilgrims have travelled from all over India to Varanasi to visit an expansive and striking stone staircase, stretching downward from the banks of the Ganges river to the water’s edge, as well as to experience the ornate and imposing palace that reaches skyward from the staircase’s top.

Whether for praying or performing rituals, bathing in the holy river or cremating the dead, visitors to the revered Balaji Ghat in the city has made it one of India’s most visited religious destinations. Such popularity is decidedly bittersweet though, as the centuries-long flow of devotees contributed not just to the ghat’s legacy, but also to a trajectory of deterioration.

In 1999, as a result of factors like heavy use, lack of maintenance, earthquakes and floods, part of the Balaji Ghat collapsed. For a decade thereafter, the structure stood as it was, weakened and deteriorating. In September 2009, a second catastrophic collapse struck; this time, consisting of the naubatkhana’s floor. Naubatkhana is where shehnai maestro Ustad Bismillah Khan practised and played his music.

Without immediate intervention, it seemed, the site would soon become little more than dust, debris and memories. 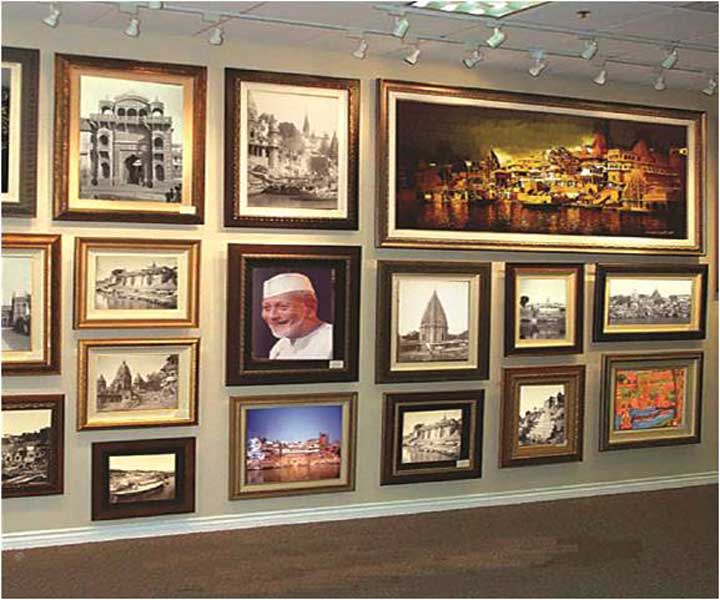 Luckily, the same year as the second collapse, the Indian National Trust for Art and Cultural Heritage (INTACH), a nonprofit organization dedicated to protecting and conserving India’s heritage, began documenting the site. And, in 2012, a major, international restoration effort followed. INTACH’s efforts to save and restore the ghat were supported by sources including the U.S. Ambassadors Fund for Cultural Preservation (AFCP) of the U.S. State Department as well as the New York-based nonprofit organization World Monuments Fund through a grantfrom American Express. AFCP supports the preservation of cultural sites, cultural objects and forms of traditional cultural expression in more than 100 countries around the world.

In the case of Balaji Ghat, the AFCP grant to INTACH made possible the detailed documentation of the building, a necessary foundation upon which the restoration work could progress. Yet, even before the first structural drawing could be rendered, a formidable amount of work was required. According to World Monuments Fund, which included Balaji Ghat in its 2012 World Monuments Watch List, “seven hundred tons of debris were removed from the collapsed portion of the structure and examined to determine which pieces could be re-used when reconstruction began.” The World Monuments Watch, a global programmeof the organization, identifies endangered heritage sites and directs financial and technical support for their preservation.

Initial documentation efforts included archival research to help INTACH fully understand the structure’s past, as well as detailed photographic documentation of the building’s windows and doors, construction materials and architectural ornamentation. Accompanying this visual record was a series of measured drawings, meant to record the building’s proportions, character and architectural details, and guide INTACH’s experts through the restoration process.

The AFCP grant also supported the surveying and documentation of the building’s bones, bricks and mortar. Experts tested wood for moisture and decay, while bricks and limestone used in the construction were examined for strength, behaviour when exposed to water, and more. This was to understand how the ghat’s basic building blocks would withstand the centuries to come, and to select new materials for the restoration that would integrate organically with the existing structure.

Such early tasks were key to the project’s eventual success. “The Ambassadors Fund grant was the first important step that led to the revival and restoration of the Balaji Ghat,” says Bindu Manchanda, project director for the Architectural Heritage Division of INTACH. 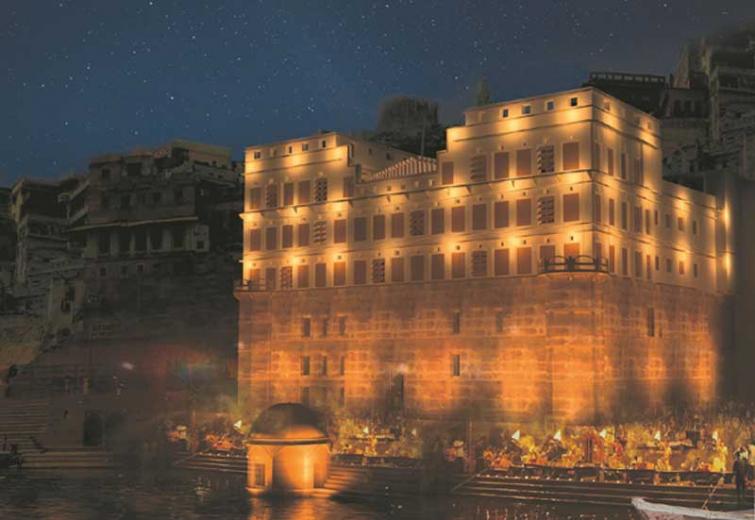 As Manchanda, Divay Gupta and other INTACH colleagues worked hard to restore the structure in the years that followed, they strove not only to keep the reborn Balaji Ghat as true to its heritage as possible, but to make it even more welcoming to visitors.

After the restoration, the grand building was adapted to be reused as a museum and cultural center, writes Manchanda in her book, The City Forever: Varanasi Balaji Ghat Initiative. She describes the project as the first-of-its-kind in Varanasi, one that she expects to have far-reaching educational benefits for local residents and visitors alike.

“This project is even more important, as this is the only ghat in Varanasi that has been revived for non-religious, non-commercial use; entirely for the benefit of the community,” says Manchanda. “It houses a museum, an interpretation center and an auditorium for cultural activities showcasing the life, crafts and culture of Varanasi’s people and its environs.”