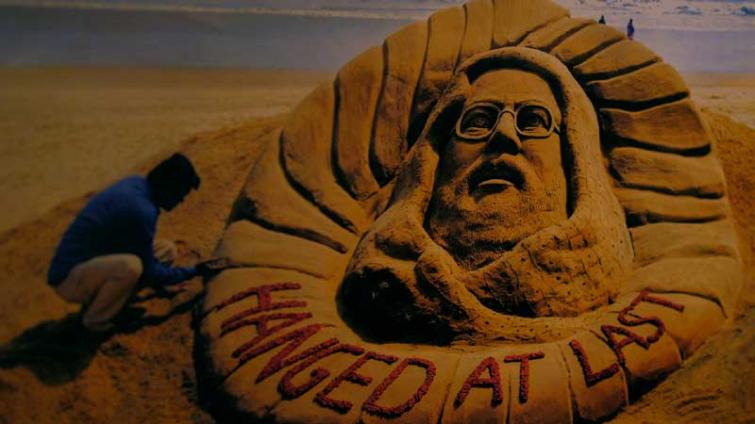 Does death become us?

The debate around the death penalty never ceases. Naturally, there is no dearth of films that explore the justification or otherwise of the death sentence too. Even then, it would be interesting to take a look at a documentary intriguingly titled  The Death of Us  by Vani Subramanian which portrays people on the death row, says Shoma A. Chatterji

Death penalty is a cankerous issue - should it stay or should be abolished in this modern age, endlessly debated in countries where it is still practised, India being one of them.  Students of the National Law University, assisted by the Law Commission, are currently engaged in a study in a wider consultation with different stakeholders on the issue.

Social activist and feminist Vani Subramanian focuses on the subject in her documentary The Death of Us juxtaposed with interviews with some of the prisoners sentenced to death. She also examines how the police and the judiciary perceive their crimes.


The study by the Law University includes interviews with 373 death row convicts over a 15-year period. Founder of Human Rights Law Network
and senior advocate Colin Gonsalves holds similar views. “The finding that 75% of the death row convicts are poor is the absolute minimum.
The rich mostly get away while the very poor, especially Dalits and tribals, get the short shrift.”


Himanshi Dhawan and Pradeep Thakur in a report (TNN, July 15, 2015) point out that the reason why the poor, Dalits and those from the
backward castes get a rougher treatment from our courts is more often than not their inability to find a competent lawyer to contest their
conviction. As many as 93.5% of those sentenced to death for terror offences are Dalits or religious minorities. 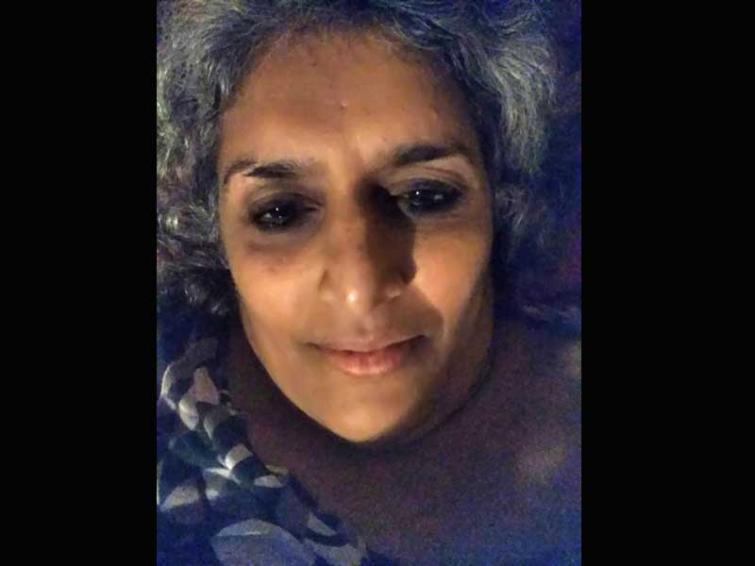 They go on to quote from the report that over three-fourths of the prisoners on death row belong to backward classes and religious minorities; over 75% are economically vulnerable;  they are not allowed to attend proceedings and have limited or no interaction with lawyers; they are not permitted to work inside the prisons and are lodged in separate cells and mostly, in solitary confinement; 23% have no schooling while the rest have not completed secondary education.


The film aptly quotes a paragraph from Bhagat Singh’s famous article Why am I an atheist? “What of a person who is born in a lower caste
family? His fate is that people of higher castes will treat him with hate, disgust and scorn. His lack of education, his poverty and the
contempt he faces from them will most likely harden his heart. If  he commits a crime, who should be held responsible? God?  Or,  him?  Or, the pandits and intellectuals of his  society?”


K. Thiagarajan, one of the convicts interviewed,  was born on the day Mahatma Gandhi was assassinated. After meeting Charu Majumdar, leader of the Naxalite movement in the 70s, he burnt his certificates and documents, left his family and became an extremist, the first Tamil
youth to do so. His sentence is linked to the Kilvelman case, the site of the first massacre of Dalits in independent India. When Dalit farm labourers, supported by the Communist Party, fought for fair wages, the president of the paddy producers’ association, Gopal Krishna Naidudecided to crush them.


On 25 December 1968, Naidu and 300 others attacked Klvelman. They shot and knifed the people who scattered to save their lives. The rest were rounded up and set ablaze. There were 23 children, 16 women and five men all burnt to death. The attackers served light sentences or were released. 30 Dalit men got rigorous imprisonment but Naidu remained free. The rebels in a revenge attack, after their first attempt
failed, launched the second one. The main perpetrator, Thiruconam Muttuthangappa was a cruel landlord and a caste fanatic and his crimes
against women were notorious. Thiagarajan attacked him from behind and killed him. Later, he was asked whether he would want to be an approver for a lighter sentence but his mother told him not to betray his other two partners in this attack. The verdict was announced by the High Court on 27 September 1970 in Thanjavur District where one person was sentenced to life imprisonment and three were sentenced to death. Thiagarajan has since been acquitted

Says Subramanian , “In an increasingly fascist state, the enforcement of and demand for the death penalty are worrying signs that while being conducted in the name of nation/people/honour, in fact only serve to further strengthen the state and its power over the people.”

She goes on to add, “The title draws from the illusion that we the people may have that we are becoming stronger when we seek the death of others; but in fact, every time we seek it, and strengthen the state something in us dies. “ Thus she questions, while the death penalty may kill a handful of people, doesn’t it destroy something in each of us – as a society, as a race? “I believe we each die a little (or at least our sense of compassion, faith in humanity etc does) whenever someone is executed,” she says. 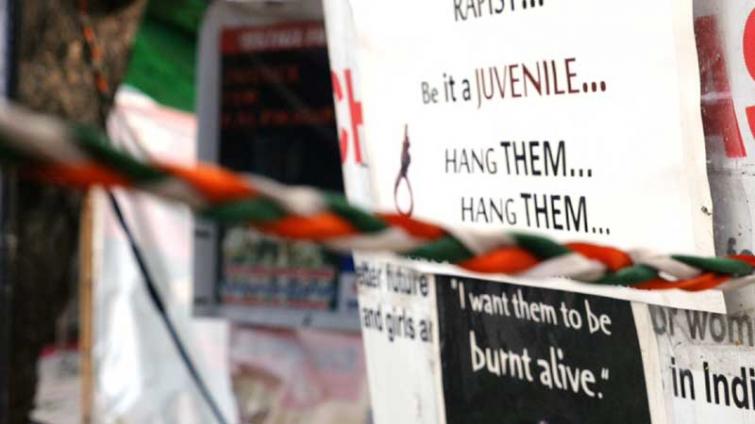 S.A. R. Geelani of New Delhi was arrested for the attack on Parliament House on 13 December 2001 in which 14 people died and 18 were injured. The crime led to a sentence of rigorous imprisonment for one and a death sentence for three declared by a Special Court. One of the three has already been executed.


“The day the Parliament attack took place, I was at home. I switched on the television, heard the news for a while and then left home. The
bus was almost empty. Then, out of the blue, a man asked me to make space at my seat. Then, he said that his boss wished to talk to me and
when I asked him who he was, he said, ‘Delhi police,’ recalls Geelani. He is now a free man


On  29 November 2013, K. Prasath, Pambam was arrested in Palk Straits on the Indian Ocean on a charge of drug smuggling. Three Sri Lankans and five Indians were sentenced to death in the High Court in Colombo. “We were celebrating our child’s first birthday. Though we had gone only to fish, our trawler was stopped between two Sri Lankan Navy ships and we were arrested for smuggling of drugs,” says Prasath who
has since come home after having been released.


An out-of-the-box feature in this evocative film which took four years to make is the use of the hanging rope as a metaphor used right through the film. The film opens with a scene of a rope coiling and uncoiling unto itself captured through different angles in close-ups which, given the title of the film, is quite scary because you are actually looking at a rope made exclusively for hanging a man/woman sentenced to death. The voice-over states that these ropes are made in the Buxar Central Jail in Patna, Bihar.