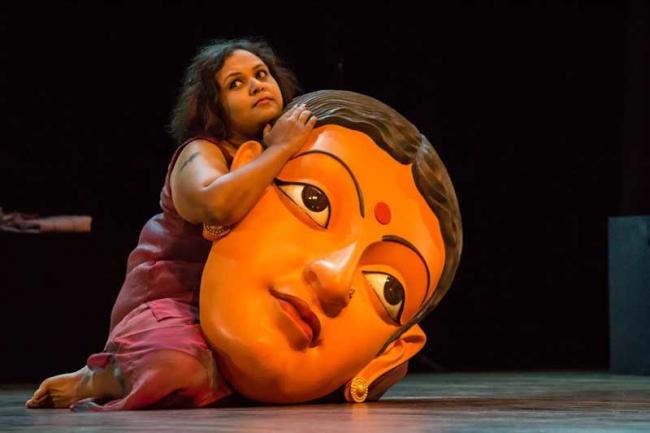 At a time when body-shaming is much in news in the social discourses, the ‘Big Fat Company’ theatre group of Bengaluru comprising  plus-size actors, proves their point emphatically, reports Pooja Mahesh

IMAGINE playing the same kind of roles repeatedly over a period of time. While this sounds boring, it is something that some actors have faced, particularly those who are plus- sized. “When I was 19, I got the chance to play the role of an elderly lady.

At that age, I thought, ‘what a challenge!’ While it was great, this kept happening over the course of my career. I would always play the role of a supporting role like a grandparent or a heroine’s sidekick but never the protagonist even though I was praised for my acting prowess,” shares Anuradha H R of her experience as a plus- size actor in the theatre world.

It was to break this narrative that Anuradha formed a theatre troupe called ‘Big Fat Company’ in 2017. Through this initiative, she hoped to question the aesthetics of the body and the stereotypes related to body size, and begin a conversation on the subject.

Having such a troupe in place helped create opportunities for plus-sized actors like herself who were tired of being pigeonholed into specific roles owing to their physique, and create a conducive  space for the actors to be themselves. 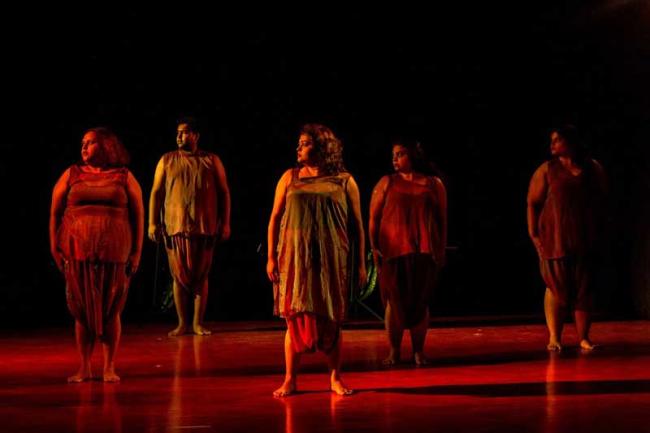 “It’s nice to work with a team where everyone is vocal about their experiences. We were able to share our stories without hesitation, and without having an inferiority complex,” says Krithi Bettadh, an actor with the Big Fat Company.

This is perhaps the most defining feature of the troupe: everyone is made to feel self-worthy, no matter what their body size is.

At first, recruiting actors for the troupe proved to be difficult as many found it offensive that they had been considered for a ‘fat theatre group’. After the initial call out on Facebook failed, Anuradha began tapping into her network of actors to find out who would be interested. Though it was tedious, she soon found a few actors who were willing to be a part of the troupe.

While most had extensive experience acting on stage, TV and films, some had just begun.

In July 2017, the ensemble began its workshops that helped them rediscover their bodies, how they moved, how their identities were linked to their bodies and how they made various decisions based on their bodies.

“For many of us, this was an eye-opening experience as we had never done what we did in the workshops. We had always been told that it won’t look nice, and that we couldn’t move our bodies with grace among others. Now, it was interesting to find out what our bodies could do. For most, the experience has changed their view of their bodies and how they approach acting,” says Anuradha.

The workshop sessions were led by Shabari Rao, dancer and performance artiste, who also directed their first production. Shabari worked with the ensemble on a series of workshops that provided them the opportunity to reconnect and reacquaint themselves with their bodies as performers. Acting was something that they had become distant with due to the size of their bodies as not many directors work with plus- size actors. This workshop provided them the opportunity to not only do this, but also become better actors.

“Working with them was really wonderful as it was amazing to see how much they were able to work with their bodies and how much joy they found in using their bodies to the maximum rather than trying to hide their bodies or shape them into what somebody else might want,” says Shabari.

Once the workshops ended, they began focusing on their first production, Head 2 Head, a play adapted from Girish Karnad’s Hayavadana. It explores the theme of identity, in the mind and body, and the experiences of being a plus-size person in today’s world.

Several of the questions that were posed and explored in the play come from the actors’ personal experiences. “The play has three strands. First, we perform on a said script. Second, an improvised performance through which we talk about the politics of theatre in relation with our bodies. Third, our own personal stories with our bodies are also looked into,” elaborates Anuradha. The play also gave the actors an opportunity to do stylised roles, as they are often not given such roles.

Staging Head 2 Head for the first time in early 2018 allowed the troupe to tackle questions, and evolve as actors. But why is staging such a play important? It has allowed Anuradha and troupe to question the traditional views of what beauty is and what plus- size actors can do beyond the usual roles that they are assigned. “I feel that I have finally found a place that brings out my potential, where I can open up and share my story,” says Krithi.

The future for the Big Fat Company looks promising. While Head 2 Head was more or less a statement of what Big Fat Company can do, Anuradha is hoping that they can challenge the stereotypes more subtly as well by staging plays like Romeo and Juliet, and Shakuntala. “In the long run, however, we hope that Big Fat Company can become obsolete as we believe that plus- size actors should be accepted for a variety of roles across different productions,” Anuradha says.