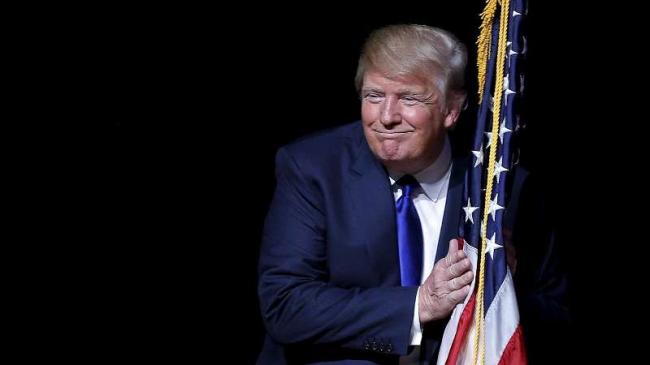 In the world’s largest democracies and across the globe, social media is enabling the rise in nationalism -- both in government and on the extreme fringes of society and especially with the post-truth leaders. The liberals are not too far behind as both sides pay each other with the same coin. Humera Lodhi and Yehyun Kim from USA and Sudipto Maity from India report

The “Unite the Right” rally that turned violent last year in Charlottesville, North Carolina had its own Facebook page for a while.

Nationalists in India vandalized statues of activists and leaders in March in response to social media posts by supporters of the country’s ruling party.  Even Parliament member H. Raja put up-- and quickly deleted-- a Facebook post  some viewed as a call to destroy statues.

India's main opposition party Congress challenging the right-wing BJP- which is way ahead in optimzing its social media space- equally uses the platforms to post wrong information at times. 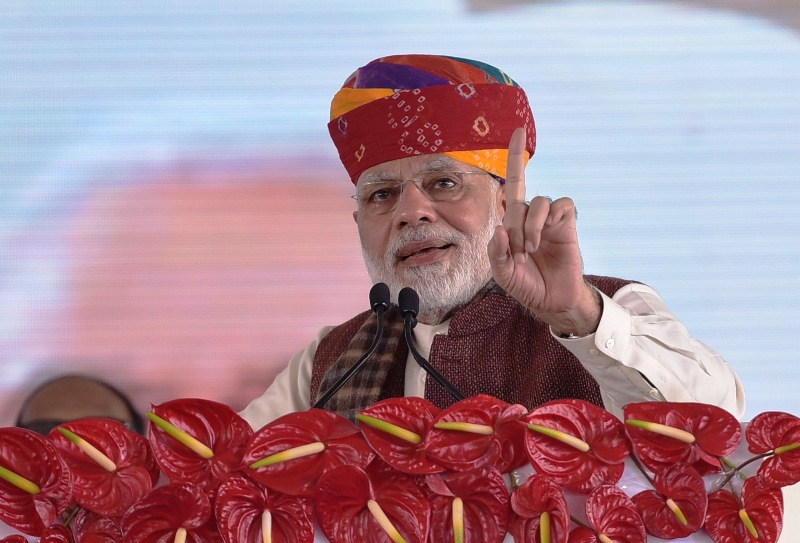 In the world’s largest democracies and across the globe, social media is enabling the rise in nationalism -- both in government and on the extreme fringes of society. Many of these leaders- whether they are nationalists or from other ideologies- are products of the post-truth world, denoting a kind of politics where "objective facts are less influential in shaping public opinion than appeals to emotion and personal belief."

Liberals- who in countries like India are often seen as pseudo-secular forces and accused of appeasing minorities while keeping silent on many inconvenient issues for them- are using the social media to fight their battle against the nationalists as well and often with hate and misinformation campaign in equal measure.

Harry Hughes belongs to the National Socialist Movement, which describes itself as “America’s Premier White Civil Rights Organization” but which the Southern Poverty Law Center calls a neo-Nazi hate group.

"Social media allowed our membership to explode. It is a very useful tool for us,” said Hughes, the group’s public relations director. “Social media is basically the key to our ability to get our message out. We don't have TV stations, we don't have radio stations, we're not mainstream. So like any third party out there, we rely on social media."

The ease by which groups like NSM can spread their ideas raises concern among social media experts. Posts on popular platforms like Facebook and Twitter can promote a sense of false equivalency between hate messages and civilized discourse.

“[Social media] allowed people to express their views, but with this comes some of the chaos inherent in a discussion in which both sides are given equal value,” said Skye Montgomery, a Kinder Research Post-doctoral Fellow at the University of Missouri who studies nationalism in American history. “And at the moment, there's not really a mechanism for sifting through the value [of these] different positions.”

Pratik Sinha, co-founder of AltNews, an Indian fact-checking website, said the landscape is similar in India, with political parties and nationalist groups taking advantage of people’s inability to distinguish between fake and real information.

“We are talking about a demographic that is divided hugely in terms of education capabilities,” Sinha said. “You have multiple factions of our population where they're not educated, and they still have access to tools like WhatsApp through which they get information. But they have no facilities to go and look up...whether the information they have received is authentic or not.”

However, critics say website like AltNews is only identifying the provocative or misleading and incorrect propaganda content of the right wing while sparing the others on the opposite side of the political spectrum.

According to Jaideep Mazumdar, who works for the right-wing Swarajya magazine, social media platforms can be leveraged to promote nationalism, just as they can also be used to promote anti-nationalism and other negative agendas.  "It works both ways," he says.

"It is easy to detect fake news. Anything which sounds fantastical, too good to be true, unrealistic, patently false, or full of hatred and angst is likely to be fake news," he says.

"I think the greater danger is posed by biased, partial and one-sided news or news that does not present all sides of the picture," he said taking a swipe at the mainstream media which often finds it fashionable to take a liberal stance.

In many ways, Montgomery said, nationalists’ recruitment and promotion techniques on social media echo methods of the past.

“The basic process by which we sort of define a national identity and enact it on social media hasn't actually changed from the same process that we interacted with print media like newspapers and magazines 50 years earlier,” Montgomery said. “The big difference is that with social media it's a lot easier to find a sense of community over a broader area. So it's possible for people who might not otherwise have come into contact with one another to find sort of the sense of common ground.”

Unlike today’s recruits, who can find nationalist groups instantly on social media, it took Hughes years of searching before he found the group he felt he belonged to. He looked into several nationalist movements and attended small gatherings of nationalists at his local library. It wasn’t until he hosted an after-party following a rally that he was connected with the NSM.

Hughes may very well have found the group sooner had it been on Twitter when he joined in 2009. A 2016 study conducted at George Washington University found major American white nationalist movements collectively gained about 22,000 Twitter followers since 2012.

“Our primary role on social media is to let people know we're out here,” Hughes said. “For the longest time I actually underestimated Twitter, and then I learned that with the links and hashtags, you can really explode your reach.”

Realizing their role in the spread of such groups, some social media platforms have taken a more active role in policing content. NSM found several Twitter accounts were banned over time, and last month, YouTube removed NSM’s channel from its site. Lately, NSM has been turning to alternative social media platforms.

“VK, which is based out of Russia, their terms of service are quite a bit more lenient than Facebook or Twitter or anyone,” Hughes said.  “We found ourselves able to reach out to a completely different audience, in different parts of the world.”

In America, President Donald Trump has often been criticized for his nationalistic posts on Twitter. In November, Trump retweeted three inflammatory anti-Muslim videos from Britain First, an ultra-nationalist political group in Britain. His tweets seem to resonate with white nationalists. The George Washington University study found white nationalists referenced Trump on Twitter more than almost any other topic.

The only Twitter hashtag more popular than hashtags relating to Trump amongst white nationalists was #whitegenocide.

In India, the federal government is currently led by the Bharatiya Janata Party (BJP), which originates from Rashtriya Sayamsevak Sangh (RSS), a right-wing Hindu nationalist organization. Political Commentator Paranjoy Guha Thakurta said the BJP and Hindu nationalists, like Trump, have taken advantage of the opportunities social media has to offer.

“The BJP, more than others, have been able to use the internet and social media to propagate its viewpoint and its ideology, with [a] great degree of effectiveness,” Thakurtu said. “While others are learning, the BJP took the lead. It has also been in the forefront of using trolls. Many of the purveyors of fake news are followed by the Prime Ministers [on social media].”

So are other controversial social media accounts. Within the last year, accounts followed by Indian Prime Minister Narenda Modi have mocked the death of a female journalist and activist and suggested dropping an atomic bomb on Pakistan.

“When Modi follows such nationalist accounts, it can give them undue legitimacy, which only makes it more difficult to identify what’s accurate and what’s not,” Sinha of AltNews said.

Jaideep Mazumdar agreed that the nationalist BJP has the first mover advantage as far as using social media to communicate with a large section of India's population is concerned.

"The others are trying desperately to catch up, but are still far behind. We have seen many times how the Congress' [opposition in India] efforts to corner or criticise the BJP have backfired on itself and how their leader Rahul Gandhi is actually the butt of most jokes on social media," he said.

Just before he was to take over as the president of Congress party in India, Rahul Gandhi, a hope of the liberals now to take on the powerful Modi, posted on Twitter a wrong calculation of a price list of essential food items, only to take down the tweet and the image later with an apology. 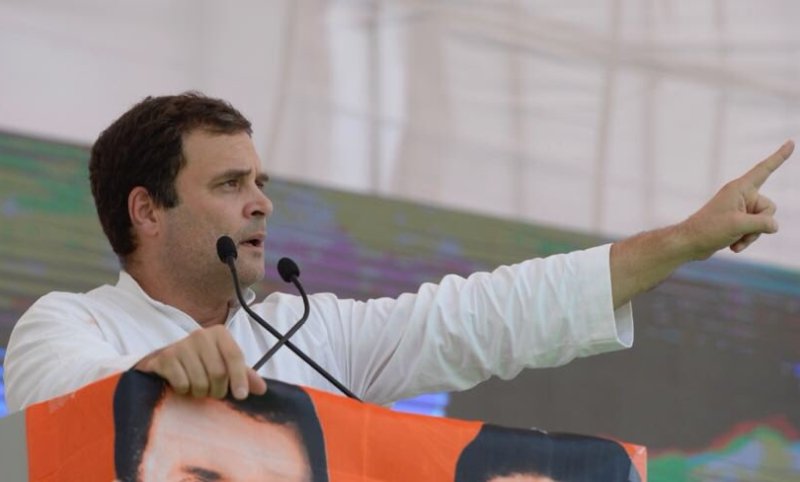 According to experts, other political parties have followed the BJP’s lead in social media.

“During the election cycle, all parties do it. There was a time when...the right-wing parties indulged in the social media kind of fake information, more than the non-right wing parties,” Sinha said.

“Because this issue has not been addressed and people find it a convenient way to influence people through this kind of propaganda, I think both parties are doing it.”

Sinha said this allows for critical discussions that don’t take place elsewhere, especially since “there are multiple channels that are dedicated to the government and act as mouthpieces to the government.”

But while social media has its advantages, he said, it also has the potential to spread dangerous ideas -- unimpeded.

"People find it more comfortable to express hate on social media than [they] used to before,” Sinha said. “Before, they would put more thought before hating on social. But now, that has gone.”