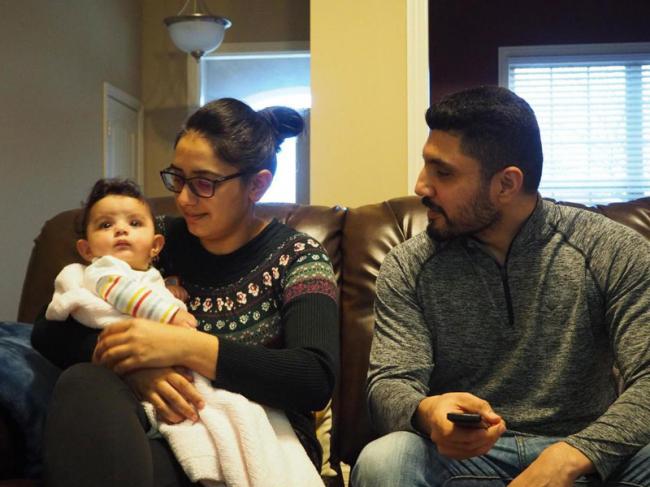 The good doctor in H-1B limbo

Visa review under the Trump regime in USA puts rural America at risk of losing Indian doctors amid a shortage of physicians. Sharon Mai in USA and Sudipto Maity  in India report

Five months ago, Bhupinder and Jasmine held their beautiful, healthy newborn Simar in their arms. She was born at University Hospital in Columbia, Missouri, where the two physicians are practicing and completing their training.

Simar is a U.S. citizen. Her parents are not.

On a recent afternoon, Simar was calm and quiet until her parents started talking about their uncertain future in the United States. When their voices broke, the infant made a single crying sound—almost as if she felt her parents’ pain.

Bhupinder, 32,  and Jasmine, 30, (who didn’t want their last name used due to sensitivity of the subject matter) are from India and hold U.S. visas with a maximum of three years. Jasmine has a student visa, while Bhupinder has an H-1B work visa that has been the subject of recent scrutiny under U.S. President Donald Trump.

Last April, Trump signed a “Buy American, Hire American” executive order, saying he wanted to prevent fraud and abuse of work visas that allow foreigners to replace American workers. In particular, Trump seeks to review and change the H-1B program. This could affect not only physicians in the U.S. and India, but also the patients they serve amid America’s growing doctor shortage.

This April, the Trump administration announced that the spousal visa of H-1B visa holders will be eradicated, effectively making the H-4 dependent spouses not able to seek employment or run businesses.

“The American Dream is failing the people who want to come here and contribute to society just because of the visa.” Physicians will stop coming, Bhupinder said.

“With this new visa issue, there’s going to be a further shortage of physicians.” 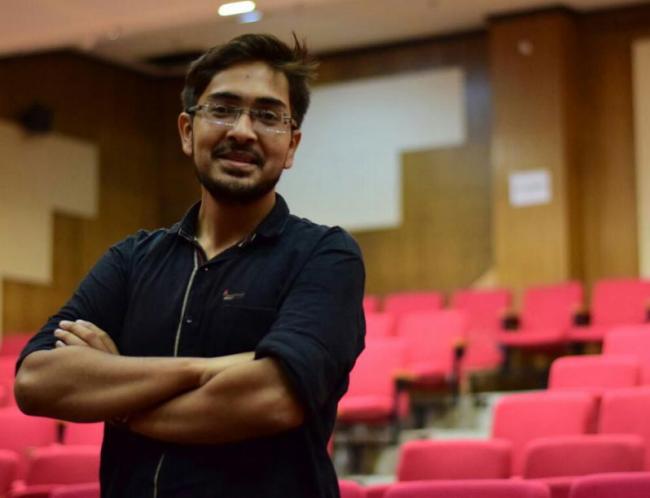 Debarghya Chatterjee, a second year medical student in Kolkata, is keeping a watch on US visa rules

The H-1B program provides visas for highly-skilled foreigners in specialty occupations to work in underemployed sectors such as rural medicine for up to three years.Indians comprise 70 percent of employed H-1B visa holders.

Interest in the program far outstrips the availability of visas. For visas to be issued in 2019, the U.S. Citizenship and Immigration Services, or USCIS, got 95,885 applications for just 85,000 slots, including 20,000 slots physicians and others with at least a master’s degree.The agency uses an annual lottery to randomly select which applications to grant, and physicians like Bhupinder and Jasmine are included in the numbers game. If they’re not lucky, they could be deported.

The H-1B program grew out of a need for doctors and other highly-skilled professionals in the U.S.Foreign-born physicians used to be prohibited from obtaining temporary working status to perform direct patient care. But in 1991, Congress amended federal immigration laws to allow them to qualify for temporary visas to complete medical residencies and fellowships and care for patients.

Back then, and today, the number of medical practitioners has not kept up with the growing U.S. population. A study last yearby Association of American Medical Colleges found that the U.S. will face a shortage of anywhere between 40,800 and 104,900 physicians by 2030.

According to the American Immigration Council, foreign workers are critical, particularly in science, technology, engineering and math fields. “Many opponents of the H-1B visa seek to pit native-born workers against their foreign-born colleagues. In reality, workers do not necessarily compete against each other for a fixed number of jobs.”

At his 2018 State of the Union address, Trump pushed for a merit-based immigration system that admits skilled people, rather than the per-country limits he considersunfair to more populated nations.

The same can be said about the futures of foreign physicians and their families.

Without foreign doctors, proponents of the H-1B program worry patient care, research and medical education could suffer — especially in rural states like Missouri.

America has faced a doctor shortage for many years, they say, and immigration has allowed the U.S. to collaborate with top physicians all over the world, ensuring it remains a global leader in medical research.

According to a 2017 report by the Missouri Department of Insurance, Financial Institutions and Professional Registration, there are 507 licensed doctors in the state who graduated from foreign medical schools, including an unknown number of H-1B visa holders. (The state and federal governments wouldn’t provide the exact number of H-1B physicians, but a federal report said there were about 8,700 H-1B applications by people in all professions approved between 2014 and 2016 in Missouri.)

Dr. Darrell G. Kirch, president and CEO of the Association of American Medical Colleges, issued a statement about President Trump’s executive order last February. Kirch said nearly one of every five practicing physicians in the U.S. identifies as foreign-born, and a majority work in rural and underserved communities.

“While the executive order may be intended as a short-term pause for national security, the implications for medical education and health care delivery—the foundations of our nation’s health security—could be significant and long-term,” Kirch said.

Khorzad Mehta, an attorney who works with physicians at the immigration law firm Murthy Law in Maryland, agreed: “We have a significant shortage of doctors in this country and that shortage is most acute in primary care.”

Changes in the H-1B program could also affect hospital staffing.

“Very few programs across the country give H-1B visas these days because nobody wants to deal with the problems of the visas,” said Tushar Tarun, chief resident of internal medicine at University Hospital, the main teaching lab of the University of Missouri School of Medicine.

He said many physicians completing residencies or fellowships there are foreign.

Tarun estimates that roughly 50-60 percent of foreign physicians end up specializing in internal medicine. Tarun’s wife is one, completing her residency on a J-1 student visa. In the upcoming year, he will start a three-year cardiology fellowship. But afterwards, he is unsure of their future.

Since Tarun, 32, will be a cardiology fellow, he has to re-apply for an extension of his H-1B. But with a backlog of applications, the process may take anywhere from three to six months. And if he leaves the countryin the meantime, he said. the chance of being allowed to return is low. 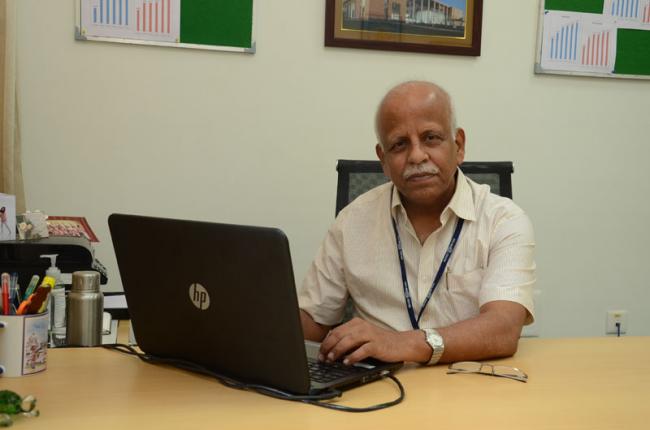 While a growing number of aspiring Indian doctors are launching careers in their own country, many still view America as the land of opportunity.

Dr. VR Ramanan, Deputy Director-Medical at the Tata Medical Center in Kolkata, said there’s more freedom to practice and excel in America, while factors such as caste, religion and political affiliation can make it difficult to become a doctor in India among so many competitors.

But Trump’s new executive order changes the landscape for those considering whether to work in the United States.

Debarghya Chatterjee, a student at the R. G. Kar Medical College and Hospital, said he has no firm plans to go to America but doesn’t rule it out, especially given its world-renowned universities. So he’s keeping a close eye on what’s happening with U.S. visas.

Chatterjee said medical students still want to travel abroad for research and education, partly because of the allure of interacting and learning with an international crowd.

If it becomes harder for medical students to travel to the U.S., he said, America will lose out because they will look to other places like the United Kingdom.

Meanwhile, those already in the U.S. wonder what will become of their American Dream.

“We study medicine by reading American books and it’s a dream to come to a place like the United States where this medicine is actually being practiced,” Jasmine said.

Foreign physicians dream of a resolution with this visa issue and finally receiving a green card so they can practice in peace.

Mehta said the United States must alleviate green card backlogs as an incentive to keep physicians in medically underserved areas for the long haul.

Mehta said Indian physicians now get lumped in the same category as IT and finance professionals, increasing the time it takes for them to get green cards up to five, ten or even fifteen years. But Mehta remains hopeful that America will look closely at its health care needs and do more to help foreign physicians.

Experts said foreign-born doctors are helping the neediest Americans and making the nation a better place. “Oftentimes, they end up being cornerstones of their communities,” Mehta said.

“You’re not taking away somebody’s job by coming on H-1B as a physician,” Bhupinder added. “You’re not hurting the country, You’re taking of care of people.”

(India Blooms News Service or IBNS in collaboration with University of Missouri, USA)