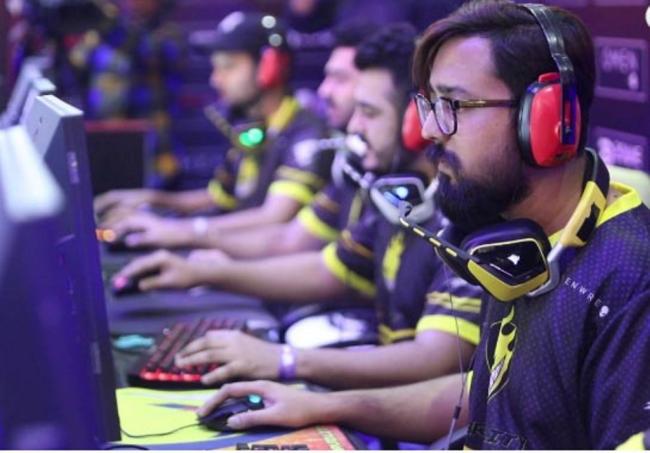 The rise and rise of eSports

eSports, which is competitive video gaming at a professional level with a winner and a loser, is emerging as one of the fastest-growing sports in the world. On the agenda for the 2022 Asian Games, they can even make it to the Olympics. Drew Pilewski and Abby Dodge in USA and Souryaprokas Bhaduri in India report

For many kids across the globe, video game consoles have replaced footballs and cricket bats as the stuff of childhood sporting memories.

American Jake Boeding of Missouri was barely in middle school when he was bitten by the gaming bug: “My parents finally got me my own system, which was a Gamecube, and after that, it was Mario Kart, Super Smash Bros, all that kind of stuff. I was just hooked and I’ve been gaming ever since.”

These casual video game aficionados are among the millions helping turn “eSports” into one of the fastest-growing sports in the world. They’ve grown so popular that they are on the agenda for the 2022 Asian Games and are even being considered for the Olympics.

According to 2017 data from Flurry Analytics, the United States is the top country for mobile gaming, with 20 percent of all gaming sessions globally. India ranks second, with 13 percent.

One reason eSports are spreading so quickly is that competitive gaming leagues are streamed online, so anyone with an internet connection can watch them play for free. This creates a common ground for young people like Boeding and Biswas across cultures.

As with other sports, some players go pro or compete at the collegiate level. The Columbia College eSports team is one of many from U.S. colleges facing off in the fantasy team strategy video game League of Legends. 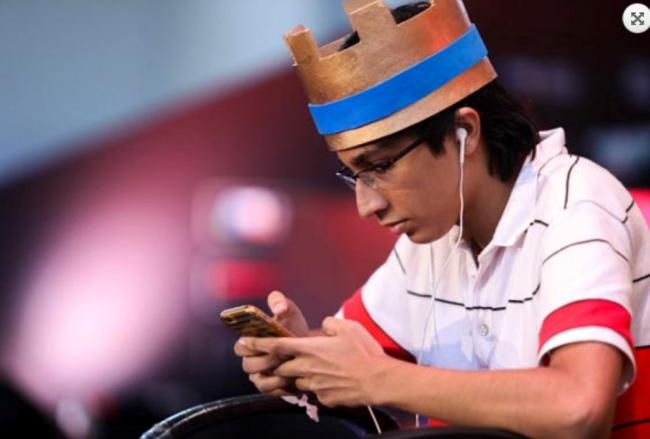 All this practice lets them put on quite a show for their fans.

“You just see this entire atmosphere of these fans that just love the game so much and it does have that community,” Boeding said. “It doesn't necessarily feel like its two teams competing, but rather celebrating the game that everyone loves.”

Since The Korean e-Sports Association was founded in 2000, eSports have exploded into a $906 million (60 billion rupees) worldwide industry that’s expected to reach $1.5 billion (98.6 billion rupees)  by 2020.

Young people are driving this growth.

According to a 2016 study by Newzoo, an eSports market data provider, 22 percent of millennials in the U.S. “frequently” view eSports, a number equal to the proportion of baseball viewers of the same age.

eSports are also very popular among India’s young people -- making the country of over 1.3 billion a huge force in the industry given its median age of  28, compared with 38 in America.

Shefali Johnson of NODWIN Gaming, a leading eSports company in India, said the rise in internet access in the developing nation is also a huge factor, spawning “close-knit gaming communities” and a competitive eSports scene. 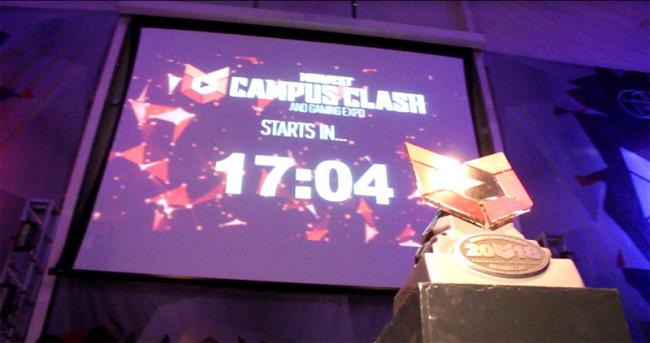 This trophy is awarded to the winner of the Midwest Campus Clash. This Columbia College hosted event was won by Maryville University.“Now,” Johnson said, “it’s easier to watch live streams of international and localized tournaments as well as follow popular gaming content creators.”

According to her, the presence of several top gaming peripheral manufactures in the country also boosts the culture of eSports. “Today it is possible to create an entry level gaming PC for as low as INR 30,000 or roughly $500,” she says.

“The Indian esports scene has seen huge investments coming in. Major players include Nazara Technologies Ltd, Ucypher, COBx Gaming and more,” she said, adding that there are partnerships with top, global eSports companies and events now.

“ NODWIN Gaming has partnerships with ESL, ESWC and Valve. Similarly, COBX recently tied up with PGL,” she informed.

Top-level local competitive gaming streams reached mid-Missouri in the US Midwest in 2013, when Columbia College started its eSports team to compete in collegiate tournaments.

Over the years, it’s grown from a few interested faces to full A and B teams with fans like Evan Snell, who travel to Columbia to see their friends play in person. 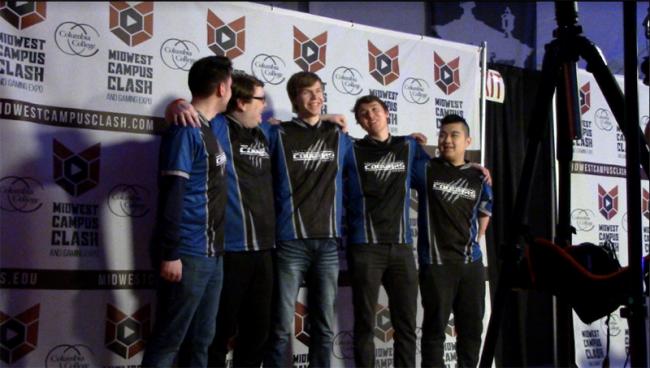 The Columbia College A-Team poses for a picture before their first round match.“You can see how people’s personalities play into their performances,” Snell said. “You get kind of a more personal experience than a video,”

Snell got the chance to see his favourite team in action at the Midwest Campus Clash in early April at Columbia College. The League of Legends Tournament featured seven colleges and universities from across the Midwest. Coach Pham said having the support of the local crowd helped his team perform.

“The people are cheering for our sake -- you don’t have to block it out; you have to absorb it,” Pham said. “The energy you are taking in is like drinking 10 Monster energy drinks.”

Indian eSports events come with even more pageantry. The practice of “cosplaying,” or dressing up as a character from one of your favourite games, is taking off in India.

“Cosplaying is an alternate avenue through which gamers celebrate their love towards their gaming passion,” Johnson of NODWIN Gaming said.

“India hosts a vibrant cosplay community and many eSports tournaments today are incomplete without cosplay activities,” she said. 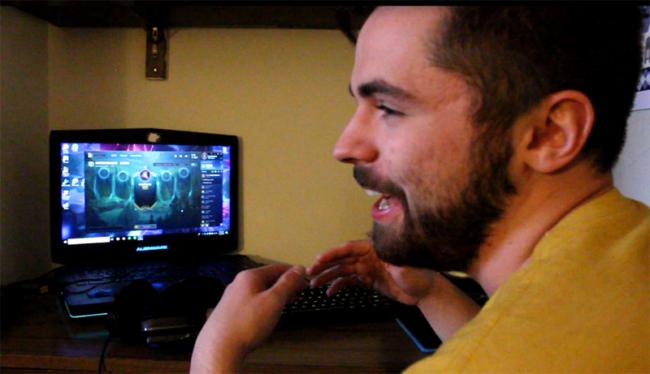 A key to the continuing growth of eSports is on an online streaming service called Twitch, which allows anyone in the world to watch live streams of people playing their favourite video games for free.

In 2015, average worldwide Twitch viewership at any given time was just under 550,000 viewers. This year, average viewership is expected to reach nearly a million.

“Before, you just wanted to go play the game yourself. Now, with Twitch, they make a lot of money with people watching other people play the games,” Pham said. “It’s a new source of entertainment where you can watch them go through the challenges.”

Twitch says most of its audience for eSports is between the ages of 18-34, an age group coveted by advertisers and retailers. English speakers also make up a huge part of the audience, and experts say as many as 30 percents of Indians speak English at some level. In the most recent professional tournament for League of Legends, EU Masters 2018, English streamers made up 64 percent of the overall peak viewership.

Just like conventional sports, eSports also have live play-by-play and color commentators who describe the action to the Twitch stream. The community affectionately calls these broadcasters “scream-casters” because of their animated delivery. One of these scream-casters is Kyle Crowe, who has had a front-row seat to the “crazy” growth of eSports over the last five years.

Crowe feels online streaming is essential to delivering eSports to the people. “I think streaming is always going to be important to eSports because it’s going to be where we came from,” Crowe said. “The only counterpart to that is traditional television networks.”

“The stream is free. It’s always there,” Crowe said. “It’s always in really high quality, and then there’s a live chat rolling alongside it, so everyone feels involved.” 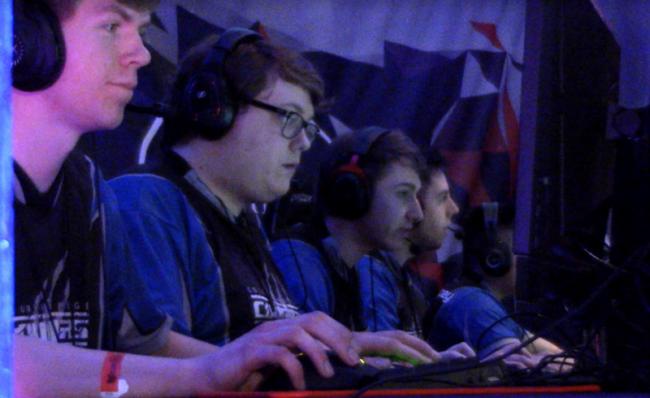 With the growth of eSports comes legitimacy.

The Olympic Committee is considering whether to add eSports to traditional sports like soccer and swimming in the lineup for Paris in 2024. But not everyone believes this will happen, partly because some view eSports as overly commercial. Companies make money off products such as League of Legends, they say, while no single company “owns” the sport of baseball.

not wanting to get brands involved,” Crowe said. “That’s something that the Olympics steers clear of pretty heavily. All of eSports are tied to plenty of brands...I would be surprised if they could work out that major roadblock.”

“I think when you break it down to the core elements of what it takes to play eSports, what it takes to be good at it, it really does line up with the Olympic committee,” Stephen Johnson said. “I wouldn’t be shocked to see it.”

for eSports, Stephen Johnson said it wouldn’t be a game-changer; worldwide events already happen every year.

“That being said, with the prestige of the Olympics, I’m sure they’ll work it out one

way or another,” he said.

But no matter what happens with the Olympics, experts say the unmistakable momentum of eSports make them impossible to ignore as a huge force in sports.

“At a distance, eSports can be a little overwhelming or a little hard to understand on the front end,” Crowe said. “Seeing some of this stuff yourself shows you what this can grow into.”

ESports, or Electronic sports, is a term used to describe competitive video gaming. eSports competitions usually involve two teams competing against each other in the same video game for prize pools and trophies. These competitions are broadcast live over streaming services like Twitch, YouTube, and Facebook to people all over the world.