Where silence is golden

Trans World Features (TWF) | | 15 Sep 2014, 03:13 pm
#Where silence is golden
Aditya Vikram Sengupta was named the best director of a debut film recently for his Bengali 'silent' film Labour of Love (Asha Jaoar Majhe) in Venice Days, an independent sidebar of the Venice International Film Festival. Shoma A. Chatterji in conversation with the debutant director

Labour of Love is ‘silent’ film. How did the audience at Venice respond to it?

I was speechless when the audience gave the film a standing ovation. The Q & A was also a great experience. It was an overwhelming moment for me. My film, unlike other Venice Day entries lacked the solid backing of a strong marketing strategy because we simply didn’t have the resources.

What was your reaction when you heard it had won the prestigious award?

Since expectations were rather low because our film was a small one in every sense, we were filled with happiness because the award is a great impetus for us to move ahead. It also says that the path I chose, the low-key one of making a statement through the strategic use of silence as a communication tool, was the right one.

What is unique about the film? 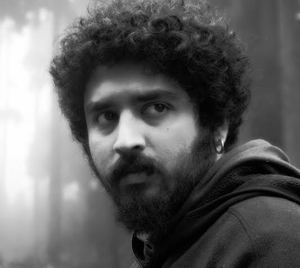 It’s difficult for a first-time director to pin-point the USP of his film. The plot and theme of Labour of Love is different not in the cliché way of saying, that his film is ‘different’ but really different. It’s a silent film so far as the characters’ way of communication goes. But there’s a lot of ambient sound so it’s not the silent films we experienced during the silent era where there was no soundtrack at all. The film deals with two characters – a young man and a woman who are never identified by their names. There are notes of old film songs floating into the frames from the radio. There is some music on the soundtrack composed by Alakananda Dasgupta.

If this is a silent film the way you define ‘silence’ why do you call it a “Bengali” film?

The setting is in the crumbling segments of Kolkata featuring two Bengali characters getting crushed in the recession, their lives are in a limbo. Culturally, ethnically, visually, the film is Bengali. I am a Bengali and I identify more closely with the Bengali identity than with any other regional identity. I knew that if I was going to make a silent film, it had to be an expression of my Bengali mindset, my roots, my linguistic identity. My actors are Bengali too and it was easier for them to identify with my demands than pan-Indian actors.

Was the decision to make it a ‘silent’ film a conscious choice?

No, it was never a conscious choice. It happened organically evolving as we, as a team, got increasingly involved  and the film developed a life of its own, stripping the need for dialogue and we felt we shouldn’t disturb it in any way. There’s one scene where the girl is talking to someone but the sound of a factory in the neighbourhood drowns her voice. I also wanted my audience to participate in the film by trying to guess, and understand, the interaction between the two characters. I didn’t wish my characters to impose on the audience.

How could you orchestrate a love story without the protagonists speaking to each other?

I have seen that communication between people in love can be done without the use of words. We see and read about it everywhere but are not conscious about it. I have tried to create expressions of love through mundane things in life. Did my mother actually demonstrate how much she loved me every day? It came across through small actions  showing how much thought and care went behind each action, all achieved without the use of a single word.  I want my audience to see how love can be expressed by two people without having to speak at all

You do not come from cinema background, isn’t it?

I studied at the National Institute of Design in Ahmedabad. I later worked at  a TV channel making promotional films. Quitting, I started painting and exhibiting my art works and eventually started freelancing as an ad filmmaker and animator to earn a living. My wife Jonaki and I decided to make my first film and Labour of Love is the result. I wished to venture into films because I felt my artistic training – graphic design, painting, etc are intricately linked to cinema which is a rich visual medium challenging  one to toy around with the form and content.

It must have been difficult to fund your film

Raising funds was the biggest hurdle. We knocked on one door after another but all in vain. Initially, my wife began to fund itunder the banner of For Films. Sanjay Shah who produced Miss Lovely stepped after the first edit. But I knew it would be difficult to find a producer for a first-time independent director.

Talk a little about your cast 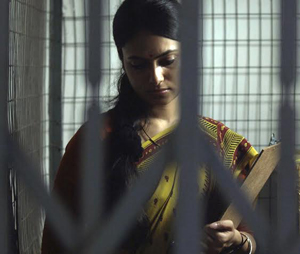 I was not making a commercial film so I didn’t need a top hero. I had seen some of Ritwick Chakraborty’s earlier works and was impressed. He is very grounded and natural. He suited the character to a tee. Finding the right face for the girl’s character posed a problem but we found her at last. Basabdatta Chatterjee  has classic looks and has  done an excellent job.

We will now travel with the film to the BFI London Film Festival followed by a screening at the Busan International Film Festival. Labour of Love is the only Indian film competing for the Sutherland Award in London given to the first feature film. In Busan, Asha Janoar Majhe shares prestigious space with five other Indian films among which there is Vishal Bharadwaj’s Haider and Homi Adajania’s Finding Fanny in a section titled “Window to Asian Cinema.”