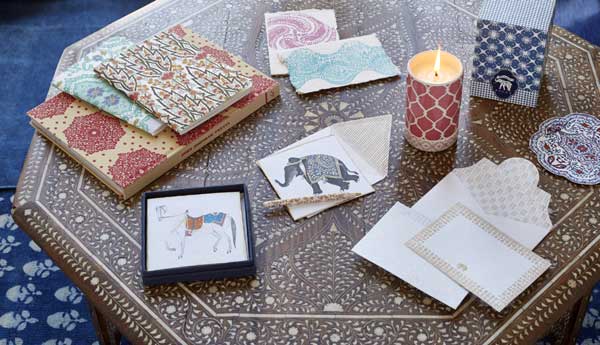 While searching for textile traditions round the world, American designer John Robshaw discovered India’s rich block printing heritage which he has now incorporated in his highly-appreciated homewares and décor items. Jason Chiang reports

American textile designer John Robshaw has had a lifelong passion for art and experiencing different cultures. Through his extensive travels across the world, he has discovered many patterns and fabrics that have sparked an American cultural trend of Asian and tribal aesthetics in contemporary textile designs. Robshaw’s brand of vibrant fabrics and eclectic homewares has been featured in Vogue and Elle Décor magazines. His bedding designs have also been used in the White House. Robshaw’s unique take on Indian block prints and his masterful blending of colourful patterns have brought the traditional designs of India to American consumers in many new and exciting ways, ushering in a true melding of cultures and design perspectives. 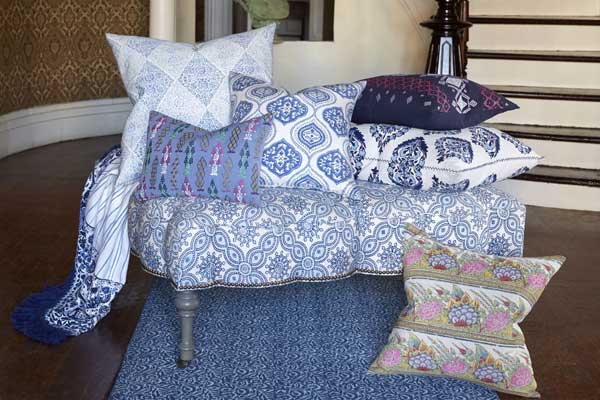 After earning a fine arts degree from Pratt Institute in Brooklyn, New York, and studying traditional block printing in China, Robshaw travelled to India in the 90s in search of natural indigo dye for his paintings. But, he ended up falling in love with the fabric-making traditions of local Indian artisans. “The hands-on immediacy and vitality of textiles piqued what was to become a lifelong fascination,” says Robshaw on his website.

Ever since his first visit to India, Robshaw has gone on to build a textile empire, creating a vast collection of bedding, pillows, fabrics, furniture and home decor accessories, which he sells through his website www.johnrobshaw.com,  and as exclusive collections for retailers like Bloomingdale’s and Saks Fifth Avenue.

Robshaw continues to be involved in many workshops in India, which he visits every year from New York to oversee production, experiment with new dyeing and printing techniques, and to work alongside the artisans creating the fabrics used in his collections. 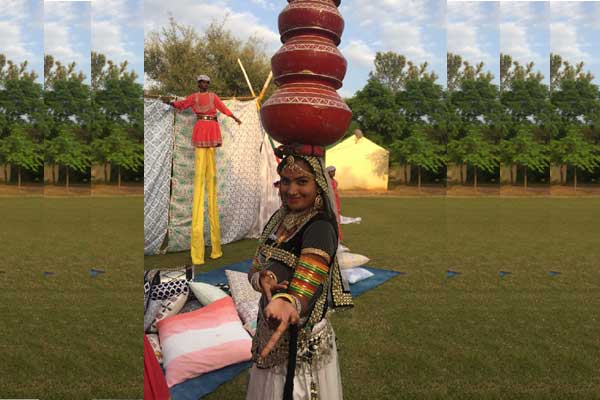 Traditional block printing is the process of printing patterns on textiles with carved wooden blocks. It is one of the earliest, simplest and slowest methods of textile printing. In India, skilled artisans methodically hand-carve elaborate traditional designs on blocks of wood, which are then used to apply dyes onto textiles with a common stamping or pressing method. It is a precise and meticulous handcraft.

While in India, Robshaw found he could apply a painter’s aesthetic to traditional block printing by mixing patterns and overlapping them. And his signature aesthetic was born—a contemporary reimagining of traditional Indian and Asian block-printed patterns, using a distinctive mix of sophistication and romanticism. Robshaw’s eye for beauty and authenticity has made him seek out highly-skilled block carvers, dye masters and printers, as well as quilters, weavers and seamstresses, to bring his ideas to life. 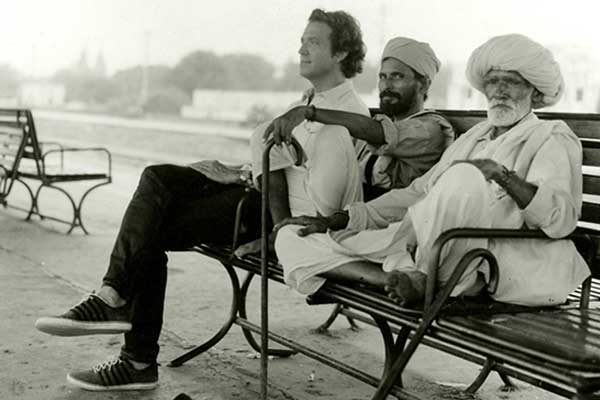 Robshaw takes great care in cultivating and preserving India’s traditional techniques, while also supporting the local artisans who mentor him in their craft. As a strong believer in the idea of karma, in 2001, he started serving as a consultant for ‘Aid to Artisans’, a Washington, D.C. based nonprofit organisation dedicated to creating economic opportunities for craftspeople and disadvantaged youth in developing nations. Aid to Artisans supports artisans around the world, including in India, and works to preserve their craft.

“By working abroad, I become a minor character in the lives of the people I work with, and get inspired by what I see and do there,” says Robshaw on his website. “When you look at my textiles, it’s as if you’ve been on the world tour alongside me.”