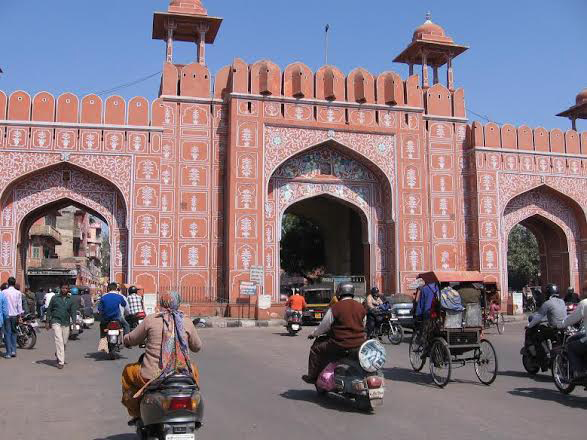 Jaipur is one of the most visited cities in India, by foreigners or domestic travellers alike. But now, the heritage Walled City is in turmoil. With the roads dug up, traffic jams and lanes congested, shop-owners worry as tourist footfalls is on the decline. Standing testimony to this utter chaos are magnificent and historically significant monuments. And all this due to the  plan to bring a state-of-the-art metro to the city.

Jaipur is India’s first planned city built on the principles of shilp-shastra of Indian architecture in 1727 by Maharaja Sawai Jai Singh II. Considered an ideal model for town planning, it was designed by Bengali architect Vidyadhar Bhattacharya.
The Walled City has historical monuments,  a town centre and more than 30 temples. 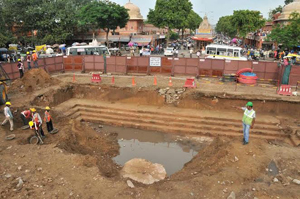 Despite protests by residents and experts that the underground metro and its consequent vibrations may prove detrimental to the monuments like the Hawa Mahal, UNESCO world heritage site Jantar Mantar, Isarlat and Chandpol Darwaza and umpteen other ancient temples and havelis, the government has gone ahead with the project. The work is in full steam now.

According to Jaipur Metro officials, traffic diversions have been put in place for six months initially. But the metro work may go on for at least three to five years.  Tourists now have to take a detour to reach their destinations in the walled City.

Jaipurites feel that spending more than Rs 1,000 crore for a mere 2.4 km metro track in the heritage city, by initially demolishing the heritage buildings and later recreating it, is not worth all the trouble.

Says Jaipur deputy mayor Manish Pareek : “Our priority should be to protect the heritage of the Walled City, rather than destroy it. Jaipurites don’t love the metro,  they love their city and its world famous heritage.”

Experts say the grandeur and architectural heritage of the old city can never be revived, once the metro speeds into this part of city. Says Akshay Jagdhari, former director of department of archaeology, “It’s impossible to rebuild any house the same way once it has been  demolished. These structures are over 250 years old. Moreover the soil in the area is loose, sandy soil with some parts being rocky. Even though the officials say they can recreate them, it’s certainly not possible. The damage to the monuments would not be visible immediately but will be seen over the years.” 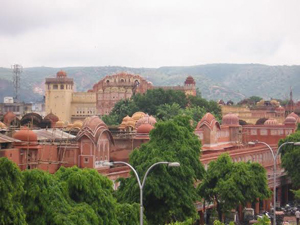 Jaipur Metro Rail Corporation (JMRC), which is spearheading the project, is into the phase-I (B) now. To get the metro running in the Walled City, an underground tunnel of 2.4 km from Chandpole to Badi Chaupar through the congested areas of the old city, has been proposed. It will pass through Choti Chaupar, where drilling has already started.

Chandpole Bazaar is a colourful market with something for every tourist. From clothes to footwear to painting, jewellery, home furnishings, knick knacks, everything is available here.

The two chaupars (squares) -the Badi Chaupar and Choti Chaupar—are 700 m apart and 10,000 sq mts in area. The chaupars were earlier used for pedestrian movement and festival gatherings.

Badi Chaupar is centrally located, next to the Hawa Mahal and has some fascinating bazaars around like Ramganj bazaar, Tripolia bazaar and Johari bazaar.

For the metro, the drilling of the tunnel will take place at Chandpole end where the tunnel’s depth will range from 6 metres to 16 metres. At Badi Chaupar, the tunnel’s depth will be between 10 and 20 m. Presently,  the site near Choti Chaupar is being dug up. The 2.4 km long underground stretch would cost Rs 1,026 crore and is expected to be completed by 2018. 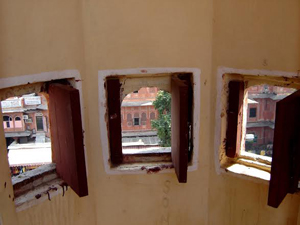 Similarly, an underground metro will be constructed at Badi Chaupar. All the routes will then be closed for vehicular traffic during construction. Experts and traffic officials say once the main road is closed, there would be enormous traffic pressure in the narrow lanes of the city.

Once the work on the corridor from Chandpole to Badi Chaupar starts in full swing, the JMRC plans to close the traffic movement near the Choti Chaupar and Badi Chaupar for more than one-and-a-half years.


Jaipur Metro, however, is not on the priority list of present chief minister Vasundhara Raje. Although she has reluctantly given the go-ahead for phase I (B) of the project, she has given strict instructions that the heritage architecture of the Walled City should not be disturbed at any cost.

Says Dharmendra Kanwar, INTACH convenor, Jaipur chapter : “In Delhi, the metro near the Red Fort is 60 metres deep whereas the metro near Hawa Mahal is only 20 metres deep. In Delhi, many independent agencies were asked to do surveys to see the feasibility of metros. Here there is a fear that metro may be damaging to our monuments, so we must get Delhi-like surveys done here too.”

One can recall that in Delhi, the metro tunnel near Red Fort was supposed to 24 m deep initially but after concerns raised by the National Monument Authority, the depth of the tunnel was increased to 60 m and the distance from the fort was also increased.   There are at least four historical monuments within 100 m of the proposed metro in Jaipur. 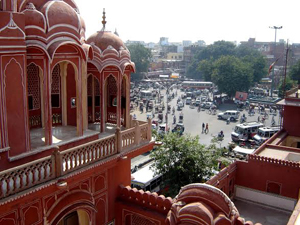 In other cities like Rome, a metropolis that has been continuously occupied for at least 2,700 years, every square metre of earth beneath the modern city contains archaeological treasures that cannot be ignored.
Presently, the underground network is being expanded there with a third Line C to accommodate the smog and street congestion due to its growing population of over 2.5 million. But the expansion comes with a hefty price tag of three billion euro (about $4.3 billion) because the workers are removing 17.5 million cubic feet of dirt by hand so as not to damage any artifacts. The line is likely to open in 2015 but is providing an excellent forum to discuss the ethics of metro-building in an archaeologically rich city.

In the Athens Metro project, inaugurated in 2000, rather than simply plowing through archaeological strata, metro diggers took the opportunity to do a salvage archaeology excavation. In fact, the 70,000 square meters uncovered constitute Athens’ “most extensive single archaeological excavation and investigation” ever. The Athenian metro was a significant undertaking monetarily and temporally as well. The project cost $2 billion and took 22 years to plan and another 10 to build, largely due to the plethora of archaeological material uncovered.

The most pressing concern of archaeologists was what to do with the over 32,000 artifacts uncovered during construction. One creative solution was to build miniature museums inside the subway stations. The eight milelong, 2-line system features 14 stations, many of which display archaeological material uncovered during the excavation.

Similarly in Jaipur, while digging near Choti Chaupar, an ancient water body was discovered, which  is in danger of being done with during digging.

Jagdhari believes discovering of such underground structures in the Walled City, shows that the city is replete with many such ancient structures not only above ground but below the ground too, which needs to be preserved just like in Athens or Rome. 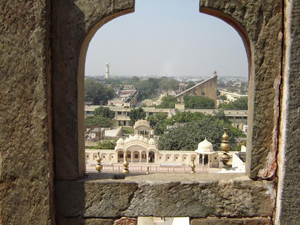 Says Om Prakash Sharma, former superintendent of Jantar Mantar observatory: “Modernisation is fine but we should not lose on our historical legacy in the name of development.”

On his visit to Jaipur recently, Italian tourist Giovani commented  : “In Venice, the motorboats have been banned from its waterways to reduce environmental pollution. Here the opposite is happening, a metro in a heritage city would be an anomaly.”