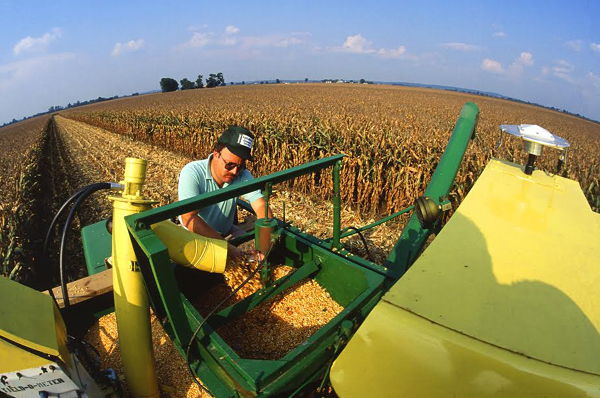 The Harvest Shall Come

Farmers from USA to India adapt to the global challenge of climate change. Renee Hickman with Anna Kohls from Missouri and Tanushree Sen from West Bengal report

Liz Graznak is the co-owner of Happy Hollow Farm, a family operation located on the rolling hills of Jamestown, Missouri, USA., where she grows crops like tomatoes, greens and corn.

Graznak said she's seen big changes in weather conditions since she started farming 10 years ago. These days, she said, "it's more extreme one way or the other."

This and other effects of climate change represent a global challenge, and farmers like Graznak have found themselves on the front lines of the struggle to adapt.

For her, that's meant altering the way she farms. Large tunnels covered in plastic dot the seven acres where she grows vegetables, protecting them from greater variability in rainfall and temperature. “More plastic is the way that I feel like most mid-Missouri small-scale farmers are trying to deal with the challenges of the weather,” she said.

In the village of Joynagar in Bankura district, in the Indian state of West Bengal, Srimonto Soren is dealing with such challenges in his own way. He grows rice, long beans (which resemble green beans), and lady’s fingers —better known in the U.S. as okra. Date palms and shrubs grow along a flat landscape where the red soil can be hard to grow crops in. 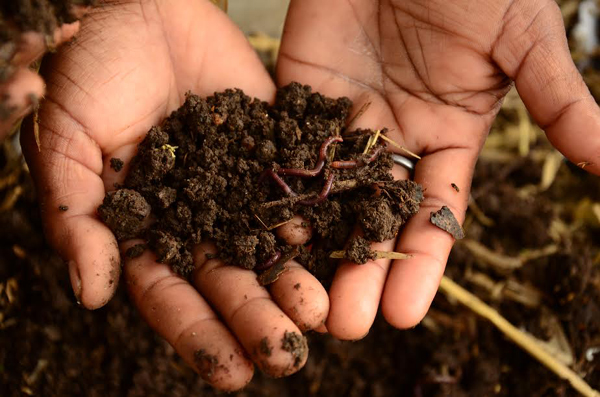 Like Graznak, Soren has been farming for the past 10 years, and noticed shifts that affect his livelihood, such as rainfall that's now "more erratic and unpredictable." Soren and other farmers in the area look to low-cost ways to adjust to these shifts, such as making vermicompost, produced when earthworms speed up the breakdown of organic waste. The product is then added to the soil to make it more fertile and resilient to variable weather conditions.

Farmers are divided on the root causes of climate change. But experts who work to help them adapt say farmers are increasingly united in the recognition that their environment is changing. In places as far-flung as West Bengal and Missouri, farmers have very little choice but to seek out practical solutions to preserve their livelihoods.

According to data from NASA and the National Oceanic and Atmospheric Administration, the years 2014, 2015 and 2016 were each the warmest years on record. Climate change experts say the warming climate is driving up the numbersof droughts, floods, storms, heat waves and other weather events that can devastate crops. 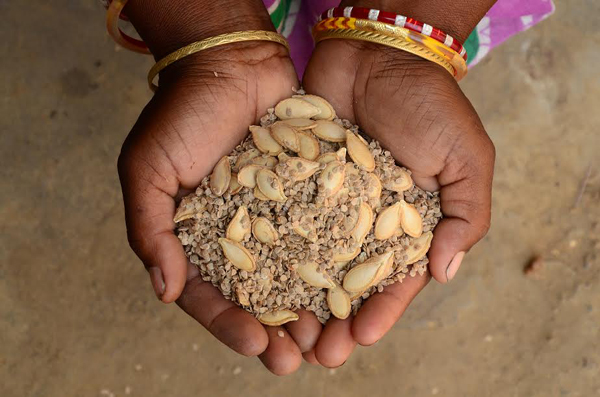 For farmers in both India and the United States, wild changes in precipitation can cause some of the most immediate problems connected to climate change.

As the earth’s surface warms, water from oceans, lakes, rivers and streams evaporates and rises, gathering in the clouds and resulting in rain, storms and snowfall.  At other times and in other places, the warming climate increases and intensifies droughts.

All farmers depend on some level of predictability in the weather to manage their businesses. Large fluctuations in precipitation patterns can result in issues such as changes to planting and growing seasons and lower crop yields.

Extreme rainfall has devastated many farms in India. In March 2015, heavy rains fell throughout India. In states such as Uttar Pradesh and Rajasthan, it was the wettest spring in decades, if not on record, according to the Center for Science and Environment in New Delhi.

Farmers in parts of India plan for occasional heavy rainfalls, since they are a regular feature of the climate in many regions of the subcontinent. But that spring saw especially intense rainfalleven for a string of years with precipitation far higher than normal.

The rains came just as farmers were preparing to harvest their winter crops – from wheat and sugarcane to mangoes and bananas – and the impacts were huge. In Uttar Pradesh, the Indian state most affected by the event, crops in more than 65 percent of the affected area experienced 33 percent or more damage, data from the center shows. That cost farmers more than $3 billion.

In Missouri, farmers are also feeling the effects of volatile precipitation levels. 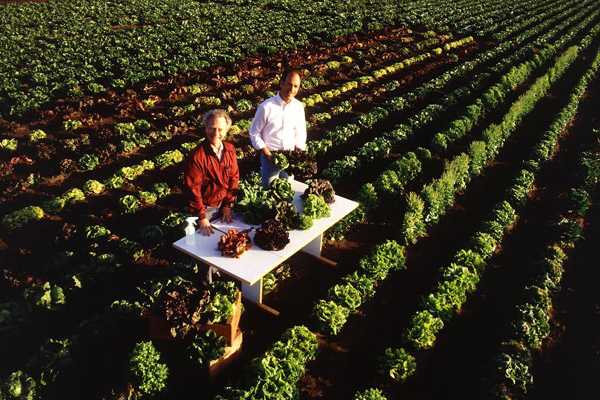 Jerry Hatfield, laboratory director at the National Laboratory for Agriculture and the Environment for the U.S. Department of Agriculture, said dry summers reduce farmers’ yields – and their profits go down.  Wet springs, meanwhile may delay planting because the soil is so waterlogged. Again, farmers lose money.
Dr. Patrick Guinan, a professor of climatology at the University of Missouri, said wet springs are the biggest problem for farmers in Missouri right now. You can go back 30-40 years; you're not going to find a wetter period in Missouri,” he said.

Hatfield, who co-authored a climate adaptation workbook aimed at farmers in the Midwest, travels often to rural areas in the region, giving presentations on measures farmers can take to make their crops more resilient in the face of increasingly variable weather patterns. He said the farmers he talks to have many questions about how to protect their crops.

“They live and they survive around the weather conditions they’re experiencing,” Hatfield said.

Richard Oswald, head of the Missouri Farmer’s Union, said many farmers he works with can be resistant to change, but are willing to do what they need to do to protect their crops when their livelihoods are at stake.

“Some of them are early adopters”, he said. “Others have to watch that for a long time before they’re really ready to make a change.”

When Hatfield talks to farmers about adaptation methods, he says he finds it best not to push them toward any particular course of action. “Every one of them kind of makes their decisions a little bit differently,” he said. “They’ve got to adapt it into their system.” 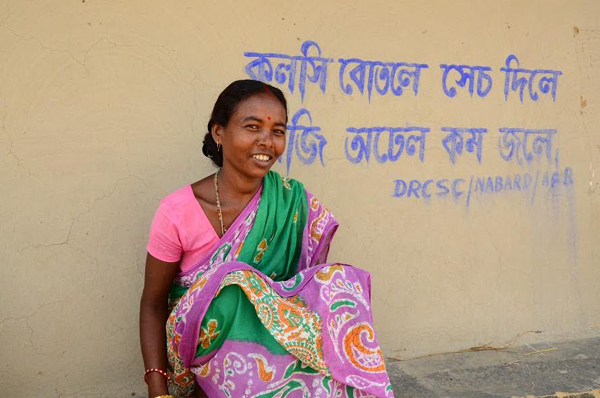 To keep the conversation focused on what farmers can do in the face of an already changing climate, Hatfield steers conversations away from discussions of the causes of climate change that have become increasingly partisan in recent years. A poll by the Pew Research Center, a non-partisan think tank in Washington, D.C, found that in 2016, 70 percent of people who supported Hillary Clinton for president believed climate change is due to human activity, whereas only 22 percent of Donald Trump’s supporters agreed. “I’ve become very artful at dodging that whole question,” said Hatfield.

But Hatfield says that the farmers he speaks to don’t doubt that things are changing. “They see the evidence and they live that evidence. Most of them are saying: How do I cope with this?”

Preparing for the future

While adaptations can help farmers worldwide face the climate change effects happening now, some scientists argue they will be insufficient later on.

The International Center for Advanced Renewable Energy and Sustainability at Washington University in St. Louis supports research intoclimate. A recent paper by a team at the center suggested that eventually, the Midwest’s agricultural profile may come to resemble that in a very different area of the country -- the mid-South.

The paper says aggressive research into how farmers can cope with dramatic changes are necessary if the region known as the nation’s breadbasket will continue to be able to produce anything like the yields it has in the past.

In India, the situation is becoming similarly extreme. Vineet Kumar, a program officer at the Centre for Science and Environment said the number of floods and droughts has brought India’s agriculture to a state of crisis. While those events take a tremendous toll on farmers in developed nations, they can be even more destructive in places in India where infrastructure is weaker and farmers have less access to new adaptation techniques.

Like Missouri farmers, Kumar says Indian farmers have a deep awareness of the effect variable climates have on their crops. “While they may not understand the greater effects and implications (of) global warming or climate vulnerability, they are very much aware of its daily effects,” said Kumar. 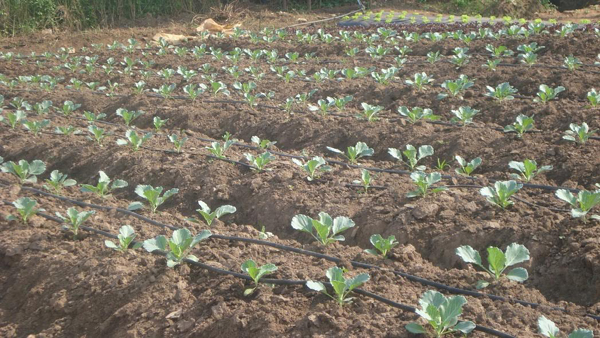 The stakes are high in India. According to the latest census there, 69 percent of India’s population lives in rural areas. “Many of them are directly dependent on climate-sensitive sectors like agriculture, forestry, livestock, fishery, etc., not only for income and employment but also for basic food and nutrition security,” said Rajashree Joshi, member of a team looking at climate change adaptation with BharatiyaAgro Industries Fdn.

With no end in sight to these variations, researchers are trying to find ways for farmers to cope moving forward.

In Missouri, a team at St Louis University is exploring how genetic factors in the root systems of grapevinesaffect their leaves, fruits, stems and other characteristics refer to as “scion traits.”

One researcher on the team, Missouri State University Professor Lazlo Kovacs, says the process of identifying how those traits are produced could one day help identify ways to breed more resilient plants. That way, even if conditions get far worse, farmers can buy seeds to grow plants that can survive and feed us in the future.

Whether adaptation methods are cutting edge, or build on techniques that have been used for centuries, farmers across the globe remain at the forefront of the effort to adjust to the demands of a rapidly changing climate. Their choices will have far-reaching impacts on the world’s food supply, and therefore everyone on the planet in the years to come.

(Images by Avishek Mitra and Video by Anna Kohls)