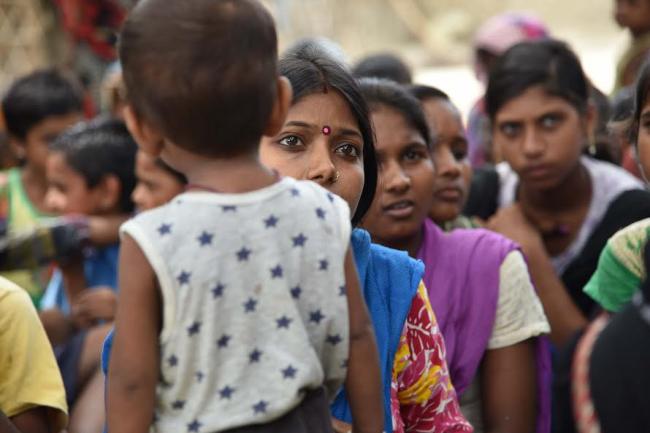 CRY | | 15 May 2017, 02:51 pm
#MothersDay, # GirlsEducation, # IndiaGirls
Education can significantly play the role of a game-changer in India when it comes to adolescent girls getting married off and having children before they are prepared, both physically and mentally.

Of these 3.8 million underage mothers 1.4 million had 2 or more children, even before completing adolescence. A brief analysis of their education profile reveals that, 39% of girls who were illiterate had begun child bearing, compared to 26% among the girls who were literate, proving that even a little education goes a long way in empowering girls.

While the above stated figures are from Census 2011, the scenario is far from showing visible signs of improvement. The recently released NFHS 4 (National Family Health Survey 2015-2016) data corroborates this situation, with an estimated 4.5 million girls in India between 15-19 being pregnant or mothers at the time of the survey.

The scenario is far from different in the Eastern and North-Eastern states either. As Census 2011 data reveals, among the married adolescent girls between 10-19 years in West Bengal, more than 50% of the girls who were illiterate have reached motherhood, compared to 37% of the girls who were literate. According to the analysis of Census data done by CRY – Child Rights and You, in Assam, Manipur, Jharkhand, Bihar and Odisha too adolescent girls with access to education are far less vulnerable to underage marriage and motherhood (see graph below).

Komal Ganotra, Director, Policy, Research and Advocacy at CRY – Child Rights and You said, “Being married as child brides at a young age and having born children soon thereafter, these girls suffer far reaching implications mentally and physically, which further impacts their children as well. Dismal maternal care and lack of adequate nutrition especially when their bodies are too young to bear childbirth result in health implications like anaemia and risk of morbidity for the mother and a child who is undernourished.”

Early marriage and motherhood deprive girl children of their right to education and as a vicious cycle, lack of access to schooling makes girl children vulnerable to get married off early. It isn’t shocking that 39 percent of adolescent married girls (10-19 years) who have children are illiterate.

“Access to affordable secondary education is extremely critical in order to empower girls since it not only lowers the probability of child marriage, it has a direct impact on their life choices, their own health and the health of their children. It is a cycle of positive change as education also empowers girls to stand up for their rights. Our experience on ground has shown how access to schools has transformed the lives of girls in entire communities, who would otherwise have given in to expected normalcy of child marriage.” Komal Ganotra added.