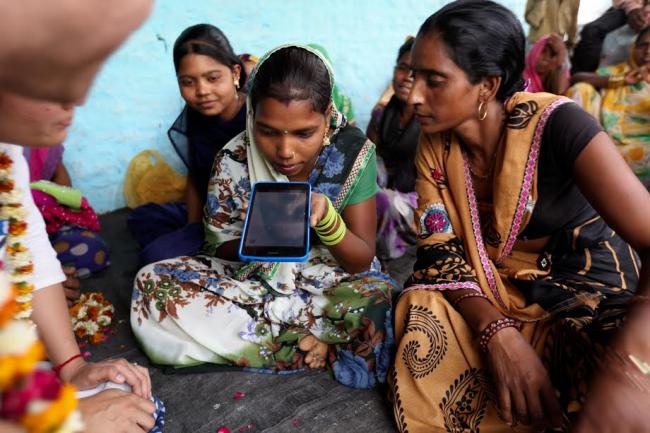 Internet Saathi: A friend in need

Trans World Features (TWF) | | 11 May 2017, 03:21 pm
#Internet Saathi, # RuralWomen, # RuralIndia, # GoogleIndia
The Internet has become a part of life for a huge section of Indian population. However, its use is largely confined to urban or semi-urban areas. The â€˜Internet Saathiâ€™ programme is different. It teaches rural women to use and benefit from the Internet, writes New York based Michael Gallant

The phrase ‘Internet Saathi’ translates into ‘Internet friend.’ The programme has been designed keeping the specific needs of rural women in mind initiated by Google in India which aims at transcending its image as an easy- to- search Internet tool.

“We strongly believe that easy and quick access to information can transform lives,” says Sapna Chadha, head of marketing for Google India. The  groundbreaking initiative ‘Internet Saathi’ in partnership with Tata Trusts, is working to make that belief a reality, specifically for the country’s rural, less technologically educated women.

“We modelled the entire initiative around India’s traditional information and communication distribution system,” says Chadha, “where the Internet Saathis are akin to the village postman, who is the single-point contact between the village and the outside world, in terms of information as well as communication.” 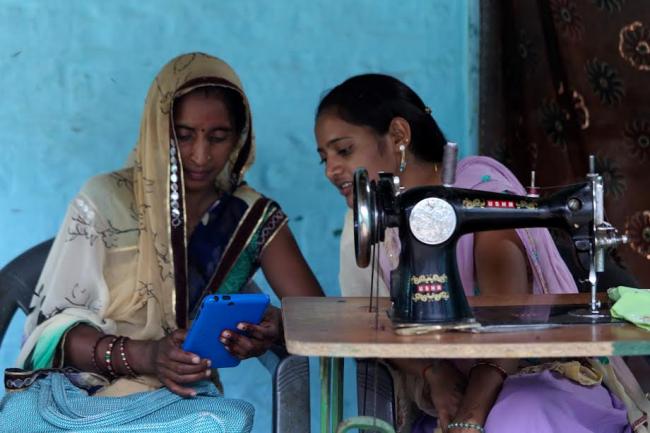 Trained by Google, these saathis are roving educators and activists who travel to villages, armed with smartphones and tablets, and spend a minimum of two days per week, over a period of six months, teaching local residents about the Internet. They work hard to make sure their students become adept at using the Internet independently to gain knowledge that can benefit them in various aspects of their lives.

“Once an Internet Saathi has completed the training in a cluster of three villages, she moves to an adjoining cluster of villages where she trains women to get online,” says Chadha. Google India works with local groups and organisations to continue the educational momentum in rural areas, even after the saathis have moved on.

The Internet Saathis are seen as “change agents,” tenacious teachers who take great pride in their work. The efforts seem to have paid off. Chadha shares the story of Chetna, who lives in the Alwar district of Rajasthan and joined the programme in 2015. “Chetna not only learned about mustard farming techniques to run her farm, but her own experience also inspired her to train over 500 girls and women in a span of four months,” says Chadha. “Several women still reach out to her for a range of issues, including quick remedies for day-to-day health conditions and information on MGNREGA and other government schemes.” MGNREGA( Mahatma Gandhi National Rural Employment Guarantee Act) guarantees 100 days of wage-employment in a year to a rural household.

Bujii’s is another success story. She is an Internet Saathi in Somavaram, Andhra Pradesh, who trained her neighbour to advance her business of stitching and tailoring in various creative ways. “She is now able to use the extra money she makes to send her daughter to the best school in the area,” says Chadha, adding there are thousands of such success stories.

The Internet Saathi programme was launched in July, 2015 to address a troubling trend observed by Google India team members. “As Internet penetration started gaining momentum in India, we realised that the usage of the Internet amongst women in India was lower than that in most countries in the world,” says Chadha. “Only one-third of India’s online users are women.” The situation is much worse in rural India, she continues, where only one in 10 Internet users is a woman. 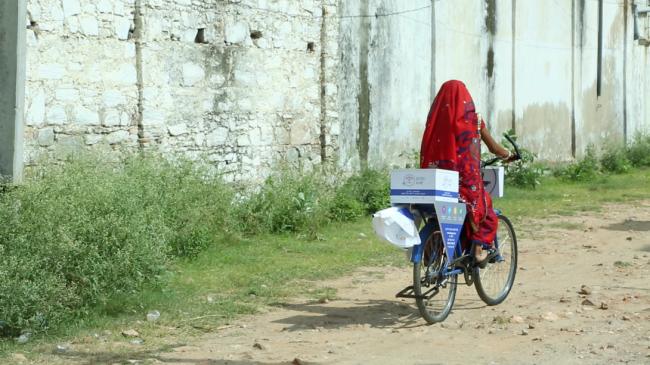 In response, Google India first launched an initiative called Helping Women Get Online in November, 2013, which sought to encourage daily Internet usage among women. But, it soon became clear to Google staff that specially crafted strategies were needed to reach those living in rural areas. “We took all the learnings [from Helping Women Get Online] and launched the Internet Saathi programme,” says Chadha. Spread across approximately 40,000 villages now, the programme aspires to reach over 300,000 villages, or half of the country’s villages, in the next few years.

While trained Google educators have already worked with more than one million Indian women, there is still much to be done. “There are still a lot of women in rural and urban areas who do not know how to operate smartphones or are not aware about the benefits of the Internet,” says Chadha. “So, the best and easiest way to contribute is to help those women who are around you. These can be your domestic help or an elderly woman of the house who doesn’t know about the benefits of the Internet.”