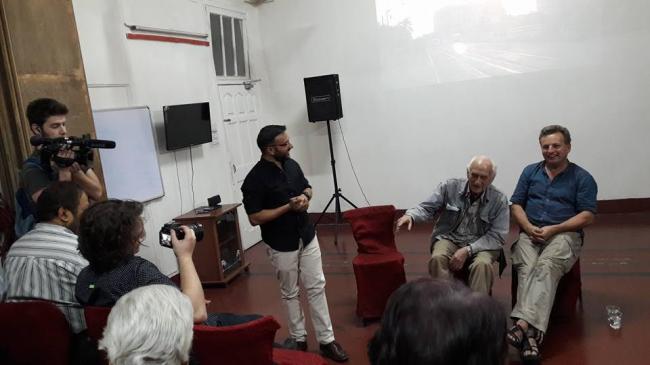 India Blooms News Service | | 02 Mar 2017, 01:49 pm
#DrJack, # JackPreger, # CalcuttaRescue, # KolkataPoor, # KolkataHealthcare, # PavementDoctor
Kolkata, Mar 2 (Just Earth News): Kolkata-based Calcutta Rescue at the recent screening of a new award-winning film about Kolkataâ€™s pavement doctor, Jack Preger, has urged all to come forward and donate generously for the cause of the poor and needy in the eastern city for whom the now octogenarian British doctor devoted his life.

Jack Preger, the little-known physician from Manchester, England, sat at this clinic on the pavement on Middleton Row offering free medical treatment to the homeless and the hopeless from 1979-1993, when the authorities finally granted registration to his organization, Calcutta Rescue.

Calcutta Rescue runs health clinics, schools, handicraft and vocational training units for the very poor across the city, guided by a strong Board which includes Padma Sri Sister Cyril.

The film captures the life story of Dr Jack and how came to work for the poorest of poor in Kolkata and himself lived frugally in a small room in one of the buildings in the city's Sonagachi red light area where he ran a school to educate the children of sex workers. 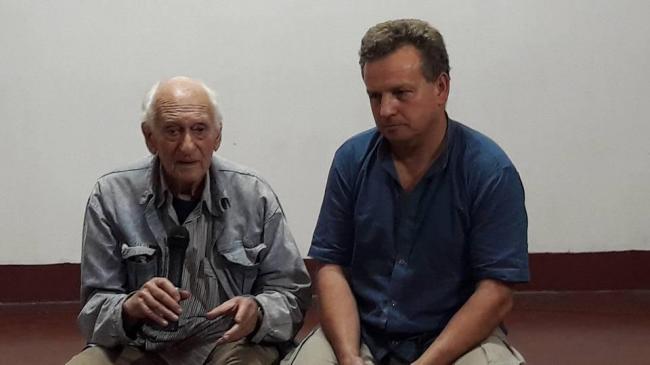 “This film is not about what Dr Jack has done, but about overwhelming need. The film shows how much more needs to be done," said Dr Jack Preger after a screening of the new multi-award winning documentary film about his life.

The powerful film follows Dr Jack from his time as a hill farmer in Wales to working as a doctor with traumatised refugees in Bangladesh and then through his time in Kolkata where over the past 35 years the charity he founded, Calcutta Rescue, has provided free healthcare, education and other support to half a million of the city’s poorest people.

Addressing a select audience of 60 journalists and guests, Dr Jack said people in the city saw desperate poverty every day of their lives, but most did nothing about it.

He said it required a “change of conscience from the top to the bottom” of society for the needs of the very poor to be addressed properly.

But he paid tribute to the “tremendous progress made in Kolkata and West Bengal in terms of medical care.”

Dr Jack, who is still working at the charity at the age of 87, said treatment of diseases like TB and leprosy had been revolutionised here in recent years, but warned that a huge effort was now needed to prevent drug resistant strains from spreading through the population.

“What Dr Jack has done is something very great, everybody living in Kolkata can see the result.

“He gave this project to Indians to manage and to run and it is getting bigger and bigger.”

He urged people in the city to throw their support behind the charity which has until now had to rely on financial support from a dwindling number of people in Western countries.

Calcutta Rescue’s new chief executive, Jaydeep Chakraborty, said the work the charity did with slum dwellers was very challenging and described its 150 staff as: “tough people working on the ground with passion, heart and soul.”

He echoed Lange’s words, saying that now was the time for local people to really get behind the charity, pointing out that Indians were donating twice as much to charities today as they were five years ago.

Looking forward to a time when Dr Jack will no longer be involved, he said: “How do we adapt? How do we preserve that special DNA that Calcutta Rescue clearly has?”

Calcutta Rescue provides healthcare, education and employment opportunities for tens of thousands of the poorest people across Kolkata.

Last month it launched a second street medicine ambulance, funded by the State Bank of India, so it can reach out to even more people living in bustees across the city.