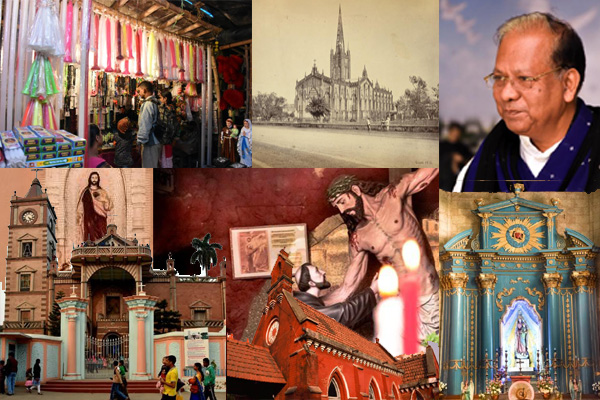 It was cold and dark. With the winter setting in, people had retired to the comfort of their homes. This isn’t the Bandel Church one imagines to witness at night 10 days before Christmas.

The place, barely 70 km from Kolkata in Hooghly district, comes up as a ‘slow-starter’ for someone from Kolkata, who’s used to seeing bright lights and even brighter decorations of Park Street well in advance during this time of the year. But this is how Christmas unfolds here. Slowly…Silently. 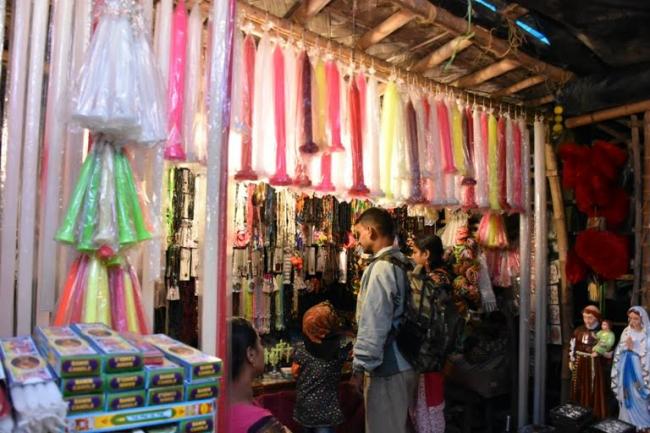 Christmas shopping near Bandel Church.You do not find the aroma of freshly baked cakes in the air like in some Anglo-Indian quarters of Kolkata. But Christmas still creeps in, quietly in Bengal outside its capital city Kolkata.

With Yuletide knocking at the doorsteps, the church was yet to deck up barely ten days ahead of Dec 25. Which it will, “but not before the 23rd,” says a lady while trying to coax a visitor to buy some candles from her makeshift shop.

Come the Christmas Eve, Bandel Church, declared a mini Basilica by Pope John Paul II, will be host to thousands of visitors from all religions. 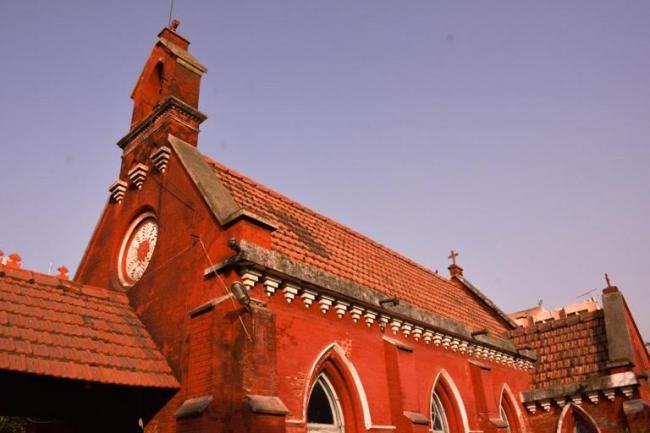 Christ Church, Church Market, Bardhaman. Estd in 1816.Christmas is a puritan affair here, in the oldest church in eastern India. The same applies for most of the churches in several districts in West Bengal where Christianity arrived back in the 16th century. The Portuguese first established a settlement in Bandel with the Bandel Church coming up in 1599. It was burnt down, but was rebuilt in 1660.

Christians live mainly in Barddhmann, Bankura, Kolkata and Hooghly district of West Bengal. British missionary William Carey, who founded the Baptist Missionary Society and came to India in 1793, worked in the Danish colony of Serampore in Hooghly, because of opposition from the British East India Company. He had translated the Bible into Bengali and Sanskrit too. 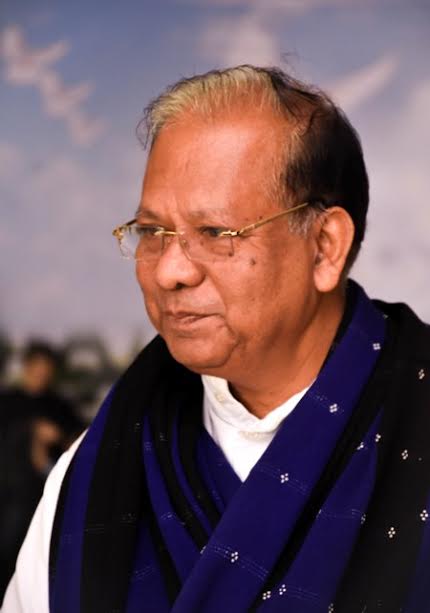 “Jesus Christ was born to spread love and warmth. Nothing but the prayers defines Christmas,” says Fr. TL Francis, prior and parish priest of Bandel Church.
To him, less is more.

It makes one wonder if we are going overboard with the celebrations in Kolkata. Is Christmas in Kolkata a tad commercialized? Fr. Dolphi Mathias, Director and Secretary of the Social Service Society of Diocese of Asansol, thinks so.

“I have never celebrated Christmas in Kolkata, but from what I have seen on TV and read in the papers, it does appear that way,” Mathias says. 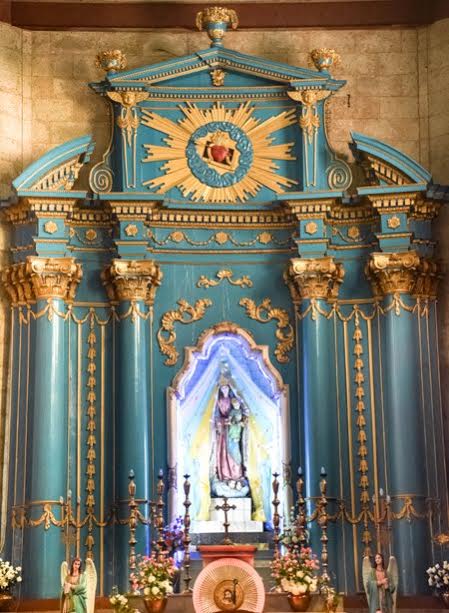 He too like Francis believes that prayers form the backbone of Christmas in the districts.

“We have a turnout of 7000 people during Christmas,” Mathias, also an administrator of Sacred Heart Church, Bardhaman, adds.

The number isn’t impressive, especially when Kolkata’s Park Street, the hub of Christmas celebration in the city, can beat the score on any given year

Providing a justification for the small turnout he says that it’s the mindset that hinders the footfalls. 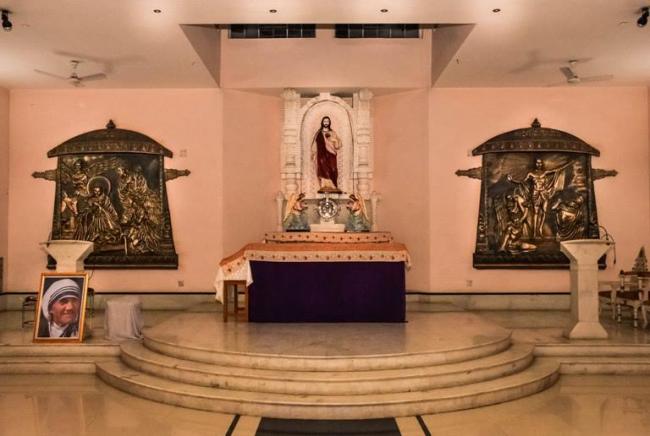 Sacred Heart Church, Tentultala, Bardhaman. Estd in 1870.“I have seen that people are still scared to approach us. I don’t know why,” he says while adding, “But we keep the door open… Maybe they think that we will be offended.”

Of late the occasion has changed, even in the districts. With the infusion of social media Christmas has become a lot more general and has lost out a bit on the religious impact.

Sounding alert, Fr. Francis says, “It is a worrying trend no doubt, but I am more worried about the youth in general.”

He says that the present society is a lot more trigger happy. 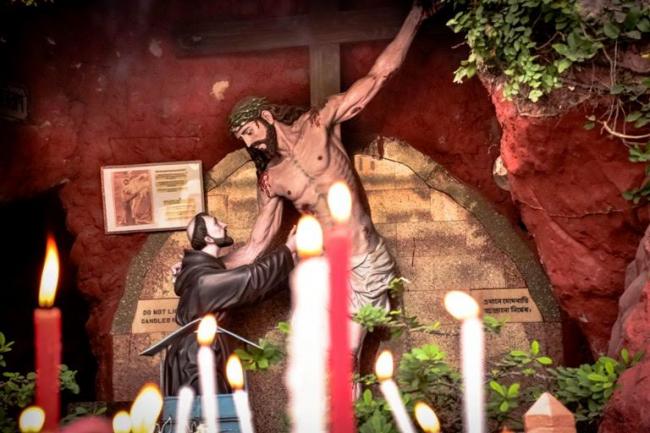 A statue of Christ in Bandel Church.“We must love and protect one another. That is what every religion says. That is what I tell them here,” he says.

For Mathias the biggest change has come in terms of ‘availability of cakes and decorations’.

A Mangalorean by birth, he has spent a good part of his years in West Bengal, working closely with under privileged people in the districts. 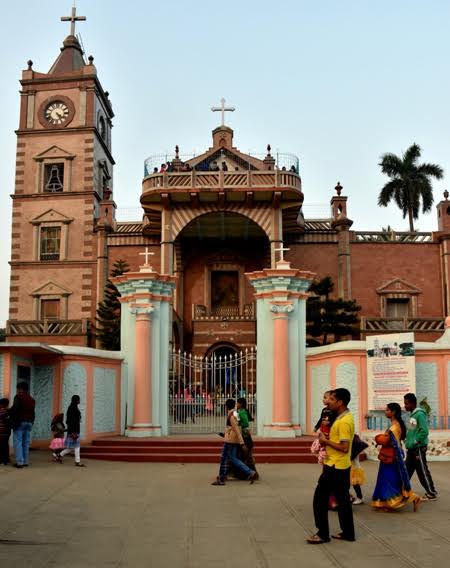 “I first came here in Bardhaman in 1999 and looking at things now, this place has witnessed a sea change. People would come to the church to have a feel of the decorations, but today it’s a household thing. Almost every place boasts of a Christmas tree.”

Asked if the Canonisation of St Teresa will have any impact on the celebrations this year, both agrees that though it is a happy occasion, it wouldn’t render any new meaning to Christmas.

“The celebrations would have continued anyway, even without her (St Teresa’s) recognition,” says Fr. Francis.

Mathias adds that Teresa was a saint and it was a matter of time for the Vatican to canonise her.

“Though that won’t have any additional meaning to Christmas this year, I must say that it was a matter of time. Even when she was there in Kolkata, people referred to her as a living saint,” he says.

The other big factor to determine Christmas celebration is the note ban imposed by the government. 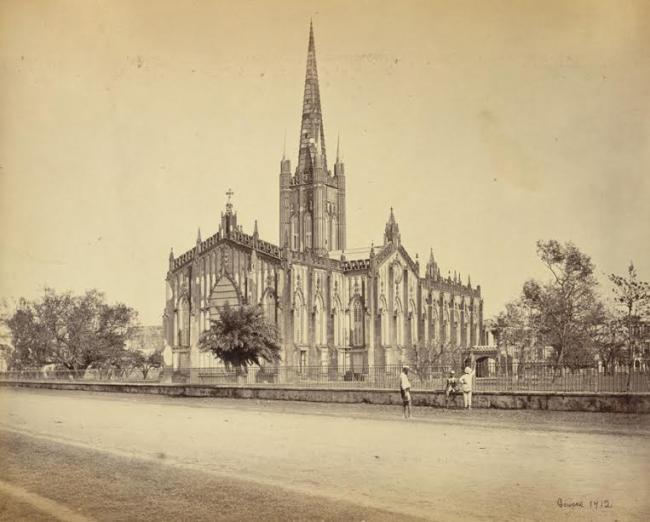 St. Paul's Cathedral, a rare image. This photograph of St. Paul's Cathedral from 'Views of Calcutta and Barrackpore' was taken by Samuel Bourne in the 1860s. Courtesy Wikipedia, copyright of this image is in public domain.Though people have recovered from the initial jolt of a sudden major announcement, Mathias says that it will have a bite on the festivity, even if a tad.

“Look, ours is a low budget affair anyway,” he says, ”As it is I like to keep it simple, but I have asked some of the people in the villages and they are having problems with the funds,” he adds.

Mathias says that the one factor that will save Christmas in West Bengal from the financial crisis is the lack of competiveness. He says that while the Durga Puja and other religion’s festivities aim at getting bigger with each passing year, the magnitude of Christmas remains the same.

Whether Christmas remains puritan outside Kolkata in the years to come, is a topic for a healthy debate, but one can safely say that they have managed to steer clear of reindeer horns and LED clown noses.