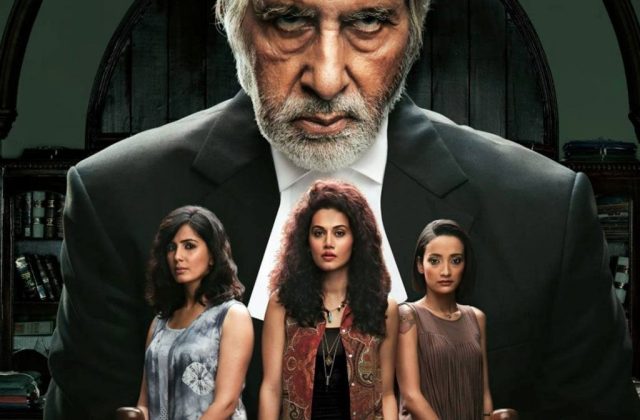 Indian cinema continues to pay celluloid tributes to the woman as a victimized martyr who falls prey to patriarchal codes and dominance like Mother India and Bandit Queen or to circumstances beyond control such as films like NH10 and Nirja.


They are strong women too like Mary Kom but these new women of the recently made films like Pink, Akira or Parched are different and not in the clichéd sense of the word.

Interestingly, only one of these films (Parched) has been directed by Leena Yadav, a woman.

Akira is directed by A.R. Murugadoss from the South and is a remake of a southern film while Pink is directed by Aniruddha Roychoudhury who makes his Hindi debut with the film.

These films depict women who begin their lives as ordinary or less-than-ordinary women with their youth and their assumed weakness – of character and physique in common.

But as the narrative moves along, the rhythm changes as does the chemistry of their characters who refuse to surrender to the powers-that-be, be they the moral dictates of a village sarpanch (Parched), the incredible powers of a corrupt police team pitted against an honest but useless woman police inspector (Akira) or, the collective social and legal ‘penalty’ a girl is forced to confront because she chooses to live life on her own terms (Pink).

In Shaheb Bibi Golaam, an upper-middle-class housewife becomes a sex worker by choice not because of money but because her husband denies her sex though he has a private life of his own. 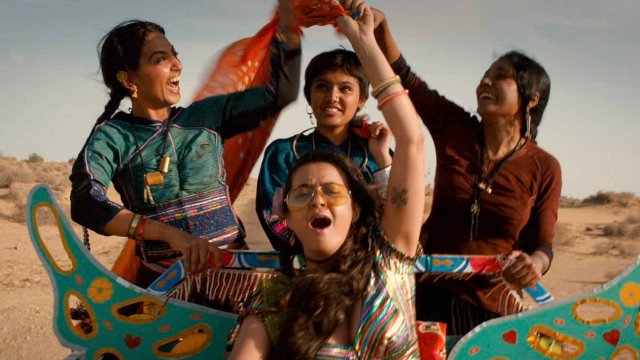 She feels fulfilled and happy as a young woman with physical desires through different men in a bordello where the clients are high-brow and therefore, assumed to be ‘safe..’

The young women in these four films are gritty and bold when the situation either coerces them into action or they are naturally courageous or they gather courage from the very act they indulge in, or through training in physical acts like martial arts.

Akira in Akira, the four women in Parched namely, Rani, Janki, Lajjo and Bijlee or, Jaya/Suktara of Shaheb Bibi Gholaam and the three young very modern, upbeat and ‘liberated’ women of Delhi  in Pink are far from the soft, simpering, self-pitying and sobbing women of yore that Indian cinema once took great pride in and succeeded in bringing in the audience rushing in to relish in their pain and their agony. They do not suffer from guilt pangs.

After a point of time, these women refuse to bend to authority never mind whether they can literally and physically kick ass like Akira can or whether their husbands beat them black and blue and use sex as a weapon of abuse like Lajjo (Radhika Apte) and Janki suffer in Parched, or, whether the girl portrayed by Tapsi Pannu in Pink  has to face the  persistent and ruthless interrogation by eminent lawyers  within the public domain of a courtroom facing trial for being the victim of a molestation instead of the accused standing in the dock!

Rani (Tannishtha Chatterjee) has no hang-ups in sending off the child-bride Janaki with the boy who really loves her and unlike a martyred mother, refuses to run after the wayward, violent son who abandons his mother and his wife. She turns the proverbial mother-in-law image on its head and liberates the girl her son tortured constantly towards a new world.

These women do not offer any solutions, easy or not so easy. They do not challenge the status quo patriarchy has invested the society with. Over time, they teach themselves to shrug off the moral codes they have manipulated to imbibe as women.

They do not seek moral support from outside sources. They refuse to plead guilty to a cause they do not believe in. Crucified by society, they surprise themselves with the way in which they rise, react and respond when they must.  Most importantly, they do not fall in love all that easily.

When Bijlee, the dancer-prostitute in Parched takes her to a macho swami for sex, she finds herself pregnant and is pleasantly surprised that the continuous violence her husband inflicted on her for her barrenness was actually his personal angst of being barren himself.

Bijlee accepts and rejects customers at her personal will and she sticks a thumb out at her boss and the pimp at the same time when the going gets tough.

Jaya/Suktara tells the brothel madam that the final decision of okaying a client would rest with her and not with the madam or with the client.

The juxtaposition of two women brings out the contrast in Akira. One is Akira, brought up through training in martial arts and the grooming her father gave her to rise against injustice.

But when she throws acid on a man to punish him for a violent act, her life changes forever. Instead of gaining from her physical dexterity and skill in  a man’s world, she loses it all underscored by total lack of support from her own mother and brother.

The other woman, a pregnant police inspector (Konkona Sen), despite her honesty and her uniform, has even lesser power than Akira has because she is trapped in a corrupt system within a dominating male police force. She gives in at the slightest danger to her profession, allowing the same system to take Akira back to the mental asylum she ran away from.

Are we looking at the Indian woman of tomorrow, never mind whether she comes to Mumbai from a remote town in Rajasthan (Akira), or, is from the desert sands of a parched land (Parched), or, three gutsy young girls of Delhi (Pink) or, a beautiful young housewife (Shaheb Bibi Golaam)  who admits that for once, the touch of a man after a long time made her feel happy and triggers the move to enjoy sex outside marriage and also be paid for it?

If we are, these are   hopeful tidings for all women and men! 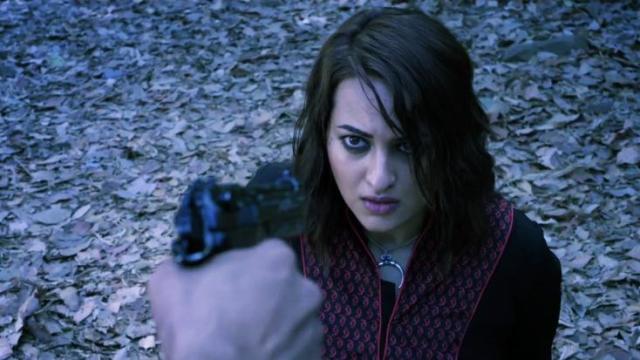