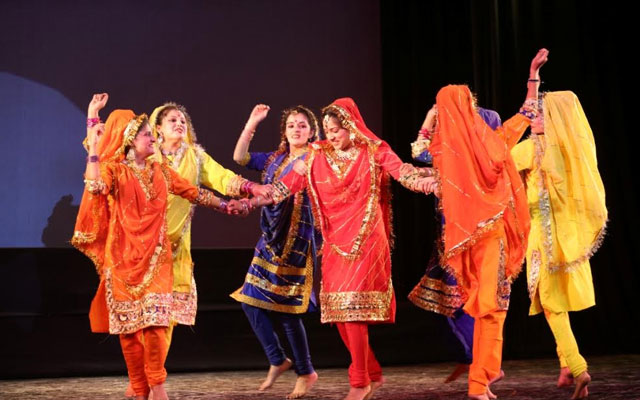 Dances from the mountains

Trans World Features | | 08 Sep 2016, 08:49 pm
#Jammu and Kashmir, #J&K dance, #J&K culture
Jammu and Kashmir is presently often in the news for acts of violence. But this pristine and beautiful land is also rich in culture, music and dance which is often overlooked. Sonali Jha Chatterjee reports from Jammu

It is not surprising that Jammu and Kashmir is presently almost synonymous with terrorism, curfew and unrest. Sadly, an entire generation of young people have been brought up on such ethos. But is that all there is to this beautiful state which was more known once for the Dal lake, shikaras, gardens, emerald valleys  and snow capped mountains? Where do we begin our search for that beauty? 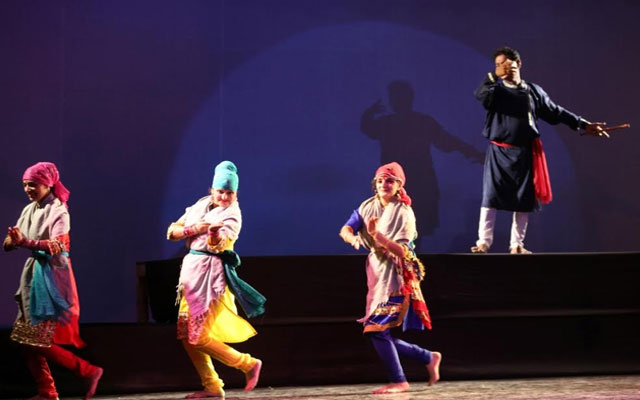 “Over the last few decades, had the government given due importance to the culture of Jammu and Kashmir, things here could have been different,” says Padmashree Balwant Thakur. He is one of those few who are not willing to give up on the essence of the state and are committed to reviving its lost glory. The founder of the Natrang theatre group, Thakur has worked towards bringing dance forms from all over J & K to one  platform and present it to the world.

Witnessing such a cultural extravaganza can be an eye opener. There are many different dance forms in the regions of Kashmir, Jammu and Ladakh. Every festival, weddings, and every joyful occasion was expressed through a dance form.

Each dance form is different but reflects the spirit of the mountains.

For example, the Rouf of Kashmir has been performed since ancient times. You will find two groups of women facing each other and performing a slow dance using simple footwork. You could catch this performance in the evenings of Ramzaan and Eid. 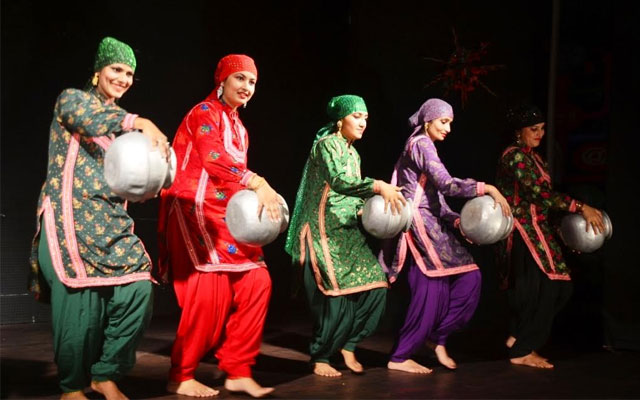 During weddings in the Dogri tradition, a dance called Jagarna is performed which is quite theatrical. When the menfolk are out accompanying the bridegroom to the bride’s home, the women of the house get together indulging in gossips through music, dance and revelry relating to their marital life, interrupted only when the men return.

The nomadic community in the hills has its own culture and tradition and this transforms into songs and dances. One of these communities is known as the Gujjars and their colourful dance form is called Gojari. Their songs are more like narratives of their daily lives involving the people and their livestock. 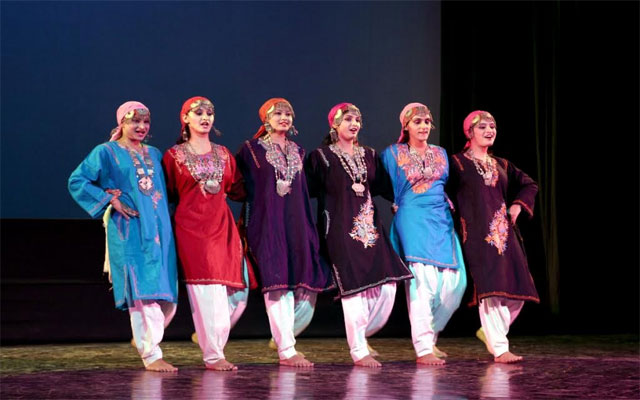 Kashmir offers a platform to the adolescents as well for displaying their musical talent. An entire dance form is dedicated to them. Bachha gyavaun or Bachha Nagma, meaning the adolescent melodious voice, is performed traditionally by boys or men dressed as boys during wedding ceremonies and cultural celebrations.

In the provinces of Poonch, Rajouri, Uri, Keran and Karnah live a community of people called the Pahari or people from the hills. Their distinctive folk songs and dances showcasing their costumes and lifestyle come through in the Pahari dance form.

Resounding in the hills of Reasi, Udhampur, Kathua  and Doda regions is a very popular dance form known as Kud. Traditionally, this dance form is performed to appease the local deities. Because of the belief that missing out on this ritualistic dance would displease the deities, this form has continued over centuries and today it is performed during weddings, births and harvests. Though Kud used to be performed only by men earlier, today women participate with equal abandon.

Ladakh is known for the Jabro dance, very popular in the Changthang region. This is a community dance performed by the nomadic tribe of Tibetan origin. Performed mainly during Losar (New Year), the Jabro songs are sung to the accompaniment of a stringed instrument, the daman, and the flute. 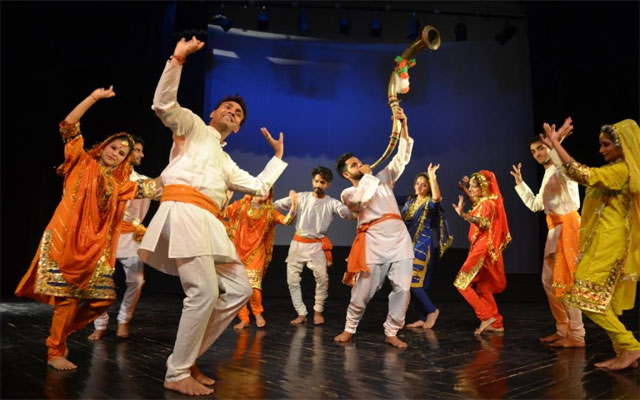 The Bhadarwahi dance comes from the region of Bhadarwah near the foothills of the Himalayas. This area, known for its breathtaking beauty is also known as mini Kashmir. The dance is performed by another nomadic tribe known as Gaddis. They are shepherds who move along with their sheep in the region searching for grazing pastures.

Several Bollywood directors have used the dance forms of Kashmir in their films. One can remember Priti Zinta and Hrithik Roshan dancing to Bumro, Bumro in the movie, Mission Kashmir.

“As a theatre person, I can say that I have done some work to get theatre to a certain level in the state of Jammu and Kashmir, but the same cannot be said about the dances. Dances were left behind. As regional theatre carries with it elements of dance and music I have now amalgamated  these art forms in my work. But I have always felt that at the local level artists are not given enough importance,” says Thakur.

The dance forms from J& K were brought centre stage in the form of programmes such as Jashn-e-Kashmir, Jammu and Kashmir Utsav and Celebrating Diversity.

As a cultural activist Thakur says that his endeavour has been to create a platform for the preservation and promotion of these art forms. He began by founding a music and dance repertory in 2004.

Fortunately the hard work has paid off and today there has been a growing demand for these performances not only in India but abroad as well. The group is slated to perform in several countries in Europe soon.

Celebrating the artistic side of  this ‘heaven on earth’ showcasing its beauty and diversity and also the potential  to go beyond the perceived notions  about this  beautiful land.