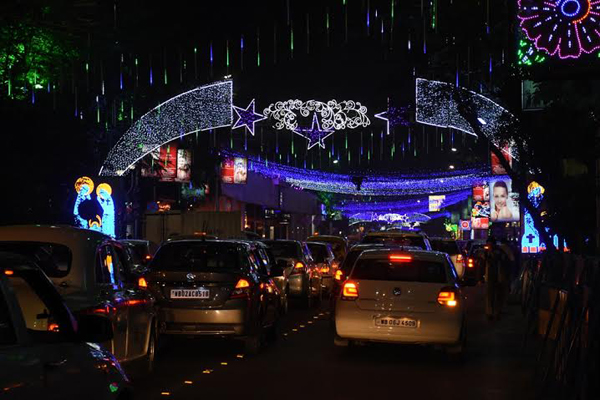 When year-end joy crashes against Yule in Kolkata

India Blooms News Service | | 25 Dec 2015, 12:44 pm
#When year-end joy crashes against Yule in Kolkata
Itâ€™s December and as the bells toll harder ushering in the Yuletide spirit, with it comes a hungry appetite. It is safe to say that Christmas has the best spread among all the festivities. The variety it provides is truly spectacular. Tracing the mood in Kolkata are IBNS correspondent Sudipto Maity and photographer Subhodeep Sardar

While Christmas is the last of the big festivities that the people of Kolkata experience since it comes at the fag end of the year, the tide of merry-making crashes abundantly against the Yule in a city known for its Christmas celebrations and the presence of an Anglo-Indian community still. Many things have changed over the years and many traditions remained the same.  Greeting Cards: A thing of the past Greeting Cards are apparently rarer than the proverbial ‘Blue Moon’ these days. With the advent of social media, this age old tradition is so out of practice that one might just prove himself orthodox by sending you one. “The sales have plummeted fifty percent in the last two years,” says Barun Ghosh, a card vendor. When asked what hurt him the most, Ghosh says that the online media along with the reluctance to send a hand written message. “Facebook, Whatsapp and the other social messaging apps are mostly responsible for the sharp drop. One can however not ignore the reluctance that the younger generation has towards a hand written message,” Ghosh says. Though he did not say the quantity of cards he’s selling, he spoke about the current price of some. “The Archies ones are selling for Rs 60, nothing less than that. Lower priced cards from Signature, for Rs 15 are the ones I am selling the most.”    Spongy Delights
If there’s a quintessential part of Christmas apart from the carols and greetings, it’s cakes. This spongy eatable comes in varies shapes, sizes and taste. So, how did Kolkata respond to it, “The sale was better than expected,” says Sanjib Majumdar, In-charge of The Bakery, Lalit Great Eastern. Majumdar revealed that his bakery sold almost a lakh units of cakes a day during the Christmas week. "Our specialty are the fruit cake, the plum cake and our new addition, the plum pudding.” Judging by Majumdar’s number a bakery owner can be proud of this achievement but not every bakery produces the same number. Sk. Ashif Rahman, production manager of the Imperial Bakery, says, “We sell around 2000 pounds of cake everyday during this period.” Rahman says that though the sales have increased, it is not as expected. He says, “It is due to the weather. We are yet to experience the cold that we are used to by this time of the month.” The low sale is also due to the growing health concerns among people, according to him. So what sold the most for them? “The light fruit plum cake is in vogue. People are slowly discarding the too sweet cakes for a much lighter variant. They have become a lot more conscious about their health,” he says. With an increase of just 15 percent of total sales, Rahman is hopeful that the weather will soon change for better, aiding in their sales. Meet your meat...and eggs
You can dig into that pie or the pudding, but no Christmas dinner is truly complete without a perfectly cooked turkey.

“The market has grown significantly,” feels Zakir Hussain Gazi. Gazi, who processes turkey, says, “We sell around 30 turkeys during the Christmas.” When asked about the cost, he promptly says, “An average turkey can cost you around Rs 2500.” The sale according to him can even go up to as high as 50 turkey a day. “We get some good orders during this period,” he says smiling and then adds, “Just today a man ordered 30 turkey.” The other big craze apart from turkey is ducks. These birds costs a lot lower too. “A typical duck weighs around 2 kilos,” says Nasiruddin, who sells them for Rs 250 a kilo. “I sell about 200 ducks during this time of the year. Normally I sell around 70 ducks during other times.” Also going around the same price is fowls but the quantity of sale is more than that of a duck. A fowl costs around Rs 270. Avik Sardar, a fowl vendor, says, “The quantity of sale gets doubled during Christmas. I sell around 400 fowls a day whereas during the regular season I mange about 200 fowls.” Sardar who also sells swans says that it has the least demand in the market. “We barely get to sell a swan a day. It costs around 300 a kilo and typically will cost you 900 rupees for each.” Along with meat comes egg, cause if you’re celebrating Christmas, you’ve got to taste eggnog. But not everything’s good for the egg vendor, says Usman Gani Sheikh. In between checking eggs for defects, Usman says, “The rise in sale this year has been very dis-appropriate.” “Look we are very much dependent on the cake makers during this time of the season and for some strange reason, they have cut down on the quantity of orders.” “Also, the fact that the winter is late this year by normal standards, hampered our market,” Usman says.
Cheers!!! And the glass clinks
Cheers!!! And the glass clinks. They say that is done to acknowledge the fifth sense, the sense of hearing.  Wine, with a fine meal, helps to keep it ticking. It is the secret ingredient to every gossip, a sip here and a sim there, out one goes and the verbal barrage starts, for most though, because some are a bit indifferent towards it. Port wine is the most preferred choice during the Christmas, according to Deboprasad Saha and Debnarayan Mallik, both wine sellers. While Saha feels that the sale of wine is most during Durga Puja, Mallik feels Christmas sees a boom in sale. 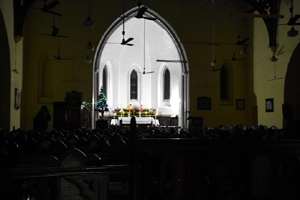 When asked about this anomaly, Saha says, “The simple reason is that the number of Pujas have increased significantly over the last decade or so, and secondly the rapidly wane in the Anglo Indian community in Kolkata.” “The migration of the Chinese community have also hurt the wine sale in December,” Saha feels. Mallik talks about the age. “Earlier we only had people over 40 going for wine, but in the last couple of years I have witnessed a change in the scenario. The teenagers are not far behind when it comes to wine.” This he says is due to the added factor in terms of health that wine brings along with it. Apart from port wine, red wine and rum holds the single largest market share in terms of sale during Christmas.