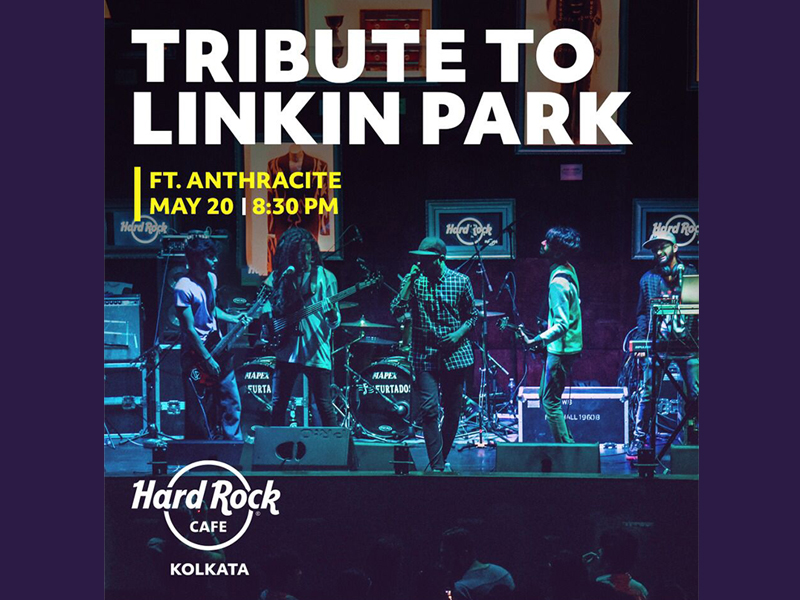 The event was organized by the official Linkin Park, Sony Music, and Warner Bros.

The event in Kolkata is woven around their tribute to Linkin Park.

“As we keep saying, Hard Rock Cafe Kolkata is the go-to destination for music and food enthusiasts of the city. We are hopeful that our patrons will love it,” said Kunal Joshi, Operations Head, Hard Rock Cafe India.

The musical event is scheduled to start at 8.30pm on Friday, May 20.