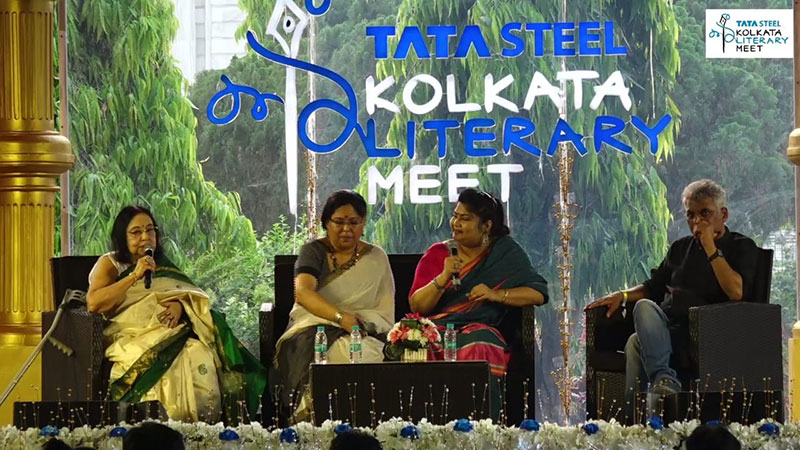 Kolkata/IBNS: The fourth day of the 10th edition of Tata Steel Kolkata Literary Meet or Kalam held at the iconic Victoria Memorial Hall in Kolkata showcased the many facets of the city through a series of popular programmes along with international explorations.

The sessions on late Indian actors, Soumitra Chatterjee and Girish Karnad, acquainted guests with the many shades of acting of the stalwart thespians.

Madhabi Mukherjee, one of Chatterjee’s most popular co-actors, took the audience through their journey in conversation with Suman Mukhopadhyay and Poulami Chatterjee, daughter of late Soumitra Chatterjee.

This was followed by Girish Karnad’s son, Raghu Karnad, a journalist and writer by profession, sharing with the audience about the life, works, and plays of his illustrious father.

2022 marks the centenary year of Victoria Memorial Hall and what can be a better platform than Kalam where the history, the love of the people for this iconic monument is cherished.

Secretary and Curator, Victoria Memorial Hall - Dr. Jayanta Sengupta, Bachi Karkaria, Anindya Chattopadhyay along with Agnijit Sen took to stage to reminisce about the romance of the city with the Memorial across generations.

Kolkata is considered the Mecca of Indian Football and discussions and debate remain incomplete without a session on football.

Much admired by sports fans, Gautam Roy, noted football historian shared his thoughts on love of football and the history of East Bengal club which celebrates its centenary this year.

In another session held at the Western Quadrangle, Nicholas Wild and Cheyenne Olivier took the audience through the cartoon culture of Paris.

Veteran journalist, Ajay Bose then shed light on his documentary which explores the connection that the Beatles had with India.

The evening concluded with a spellbinding solo Bharatanatyam performance by none other than celebrated classical dancer Mallika Sarabhai in the backdrop of the magnificent Victoria Memorial Hall.