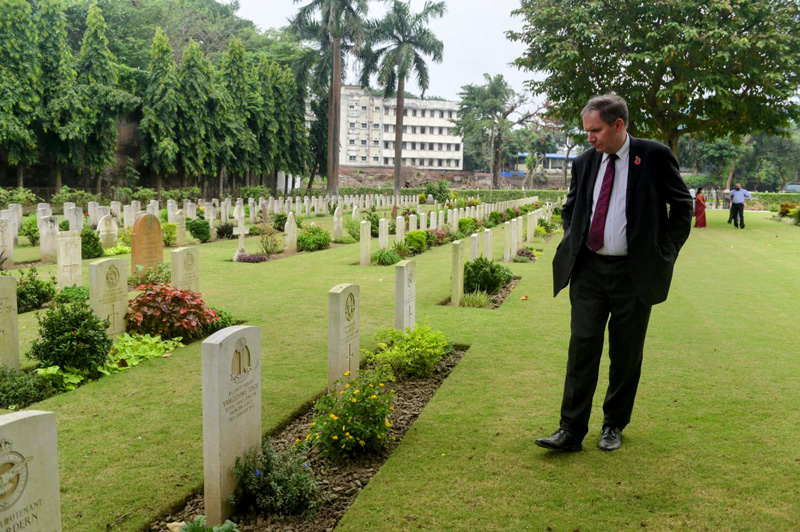 Kolkata: The British Deputy High Commission Kolkata organised the Remembrance Sunday Commemoration at the Cenotaph, Maidan, in Kolkata on Sunday to pay tribute to all those who lost their lives in wars.

A two-minute silence was held at 11am to remember the people who have died in wars.

Originally known as Armistice Day, Remembrance Day commemorates the signing of the peace agreement that ended World War I at 11am on Nov 11, 1918.

Remembrance Sunday is a special day set aside to remember and pay tribute to the sacrifices made by all those who laid down their lives for peace and freedom in the two world wars and subsequent conflicts. 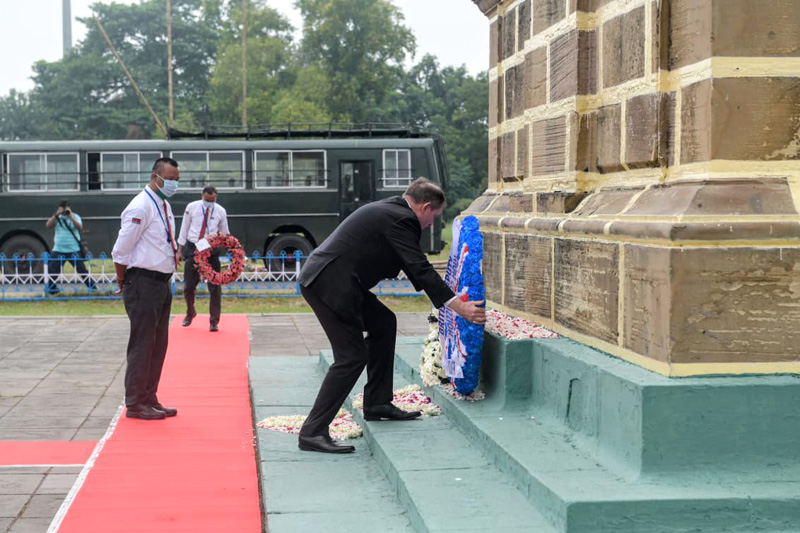 It is held every year, at 11 am on the second Sunday of November.

Britsh Deputy High Commissioner to Kolkata, Nick Low said: “They say a picture can say more than a thousand words.  Sometimes a short anecdote can do the same.  A few years ago I was organising an overseas visit for a group of British Members of Parliament."

"The host country had offered an excellent programme in the second week of November.  Remembrance Sunday is the second Sunday in November," the official said.

Remembrance Sunday: How Kolkata honours the fallen soldiers of WWI and WWII

Photos on this tweet are from our 2019 & 2020 #RemembranceSunday commemoration in Kolkata. #LestWeForget #RemembranceDay #WeWillRememberThem @tariqahmadbt pic.twitter.com/UFFzqtaFj3

“We have among us those who have given themselves to the service of their nation. We thank them and we salute them, as we salute those who made the ultimate sacrifice for freedom,” tweeted Low.

A wreath laying ceremony took place at the Cenotaph.

This event was attended by senior representatives from the Government of West Bengal, the Indian Armed Forces, West Bengal/Kolkata Police, Ex-Services Associations, Consular Corps, War Graves Commission, and members of the public and media.