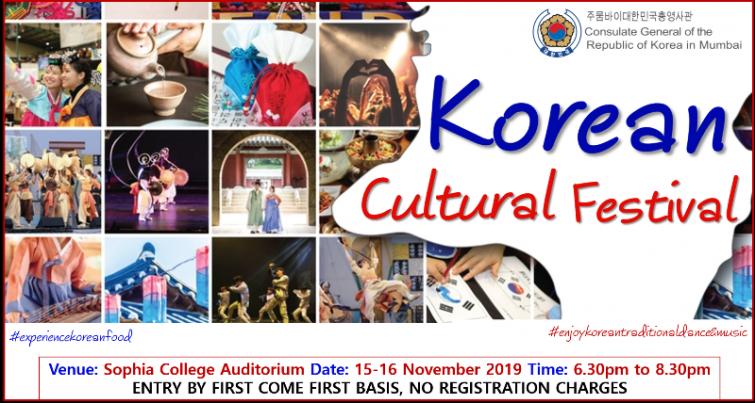 Kolkata/IBNS: A two day festival to be hosted by the Consulate General of the Republic of Korea in Mumbai will showcase South Korea's traditional dance, music and food.

Consul General  Dong-young Kim said that the Korean Cultural Festival will not only acquaint Indians with the authentic and unqiue culture of his country but also strengthen the bond of frienship between the two countries.

A 14 member team of artists belonging to the Pilbong Nongak Preservation Group will demonstrate Korean traditional culture based on Nongak, with performances based on folk songs accompanied by traditional musical instruements.

There will also be Samulnoir and other performances. 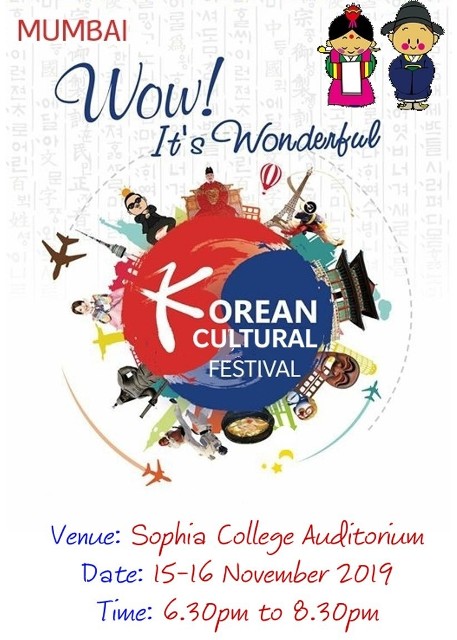 In addition to this, the festival will have a food sampling booth where visitors can taste rich and delicious Korean food like Kimchi, Dakgangjeong etc.

The Korean Cultural Festival will take place on November 15 and 16, 2019 at Mumbais Sophia Bhabha Auditorium between 6.30pm and 8.30pm both days.