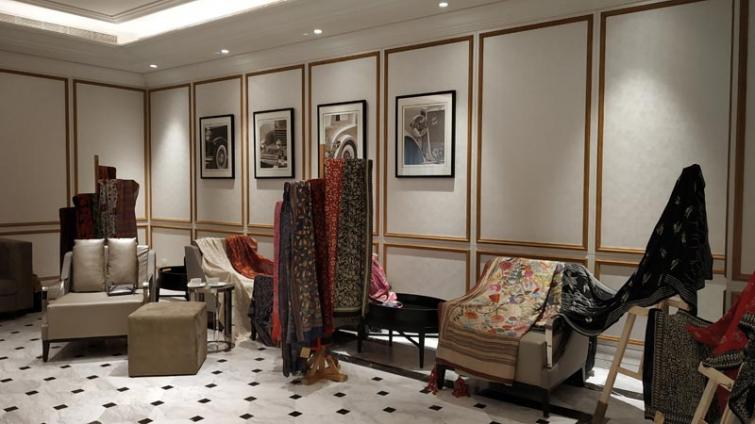 Kolkata, Sep 13 (IBNS): Looking for an excuse to get off the block for an early start to your Durga Puja shopping, then rush to ITC Royal Bengal in Kolkata for their exposition titled 'Agomoni'.

The luxury address is holding an exhibition on Bengal's 'Kantha' embroidery until Sep 15.

This exposition, in the form of intricately embellished Kantha panels, is a tribute to Ma Durga.

Each panel tells its own story, including tales about Durga, her war against the demons, people enjoying Durga Puja festivities, etc. 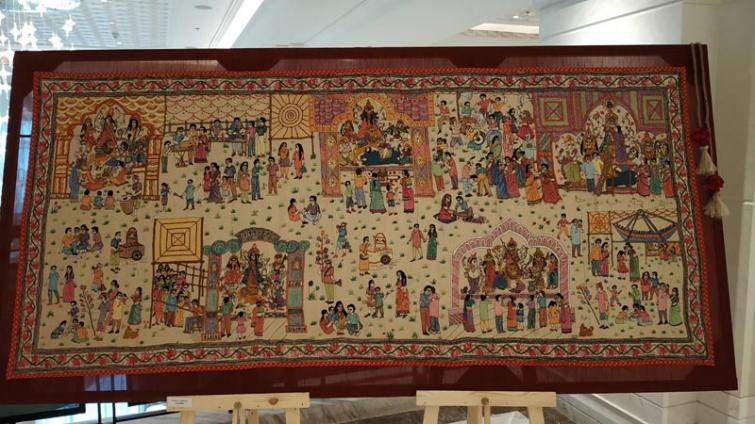 Calling it 'one of a kind' exposition, Bhalla said that it is their way of upholding Stree Shakti or the power of women.

"This is in keeping with our ethos to help sustain the intrinsic flavour of the region," said Bhalla.

There were also a few examples of 'stitch art', framed embroideries depicting the face of Durga, Ganesha, etc and portraits of eminent personalities.

The embroideries have been executed by women artisans from various corners of West Bengal under the aegis of Self Help Enterprise (SHE) an NGO that works towards the welfare of Kantha artisans. 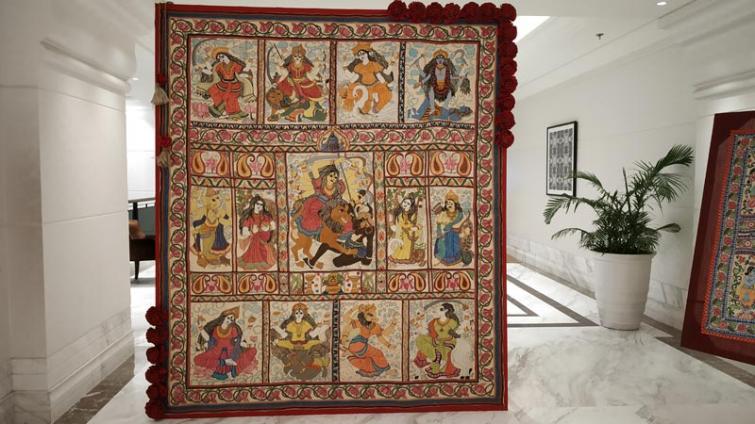 The NGO is spearheaded by Shamlu Dudeja, who has been instrumental in lifting the rural craft from its semi-anonymity to global popularity, encouraging the artisans to make their work more contemporary without losing the traditional flair

Alongside the Agomoni exposition is another exhibition where you can browse and buy the various products retailed by Mallika's Kantha Collection, an enterprise run by Shamlu Dudeja and her daughter Malllika.

Some of the products on sale were scarves, stoles, dupattas, and saris.


(Reporting and images by Uttara Gangopadhyay)