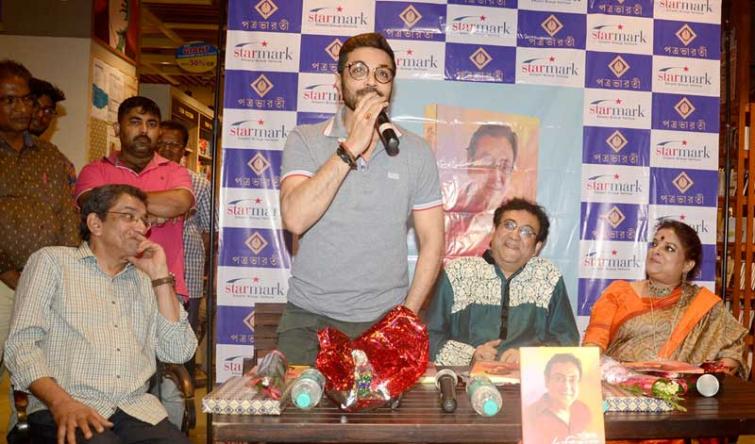 Kolkata, July 23 (IBNS): Arindam Ganguly, a popular Bengali actor, singer and lyricist, and director, added one more feather to his cap, that of an author, with the publication of 'Abhinaba Arindam' an anthology of short stories penned by him.

Ganguly shot to fame with his lead role in the 1967 Bengali film Hansraj.

At the book launch, Ganguly said though his friend and publisher Tridib Chatterjee was urging him to publish the stories for quite some time but he was hesitant to do so. It was the publication of three novels by his wife Kheyali Dastidar by Patra Bharati that really inspired him to bring out his anthology of short stories.

Dastidar spoke about the hard work and dedication Ganguly put in while penning the stories.

The book is available at all leading bookstores in the city.