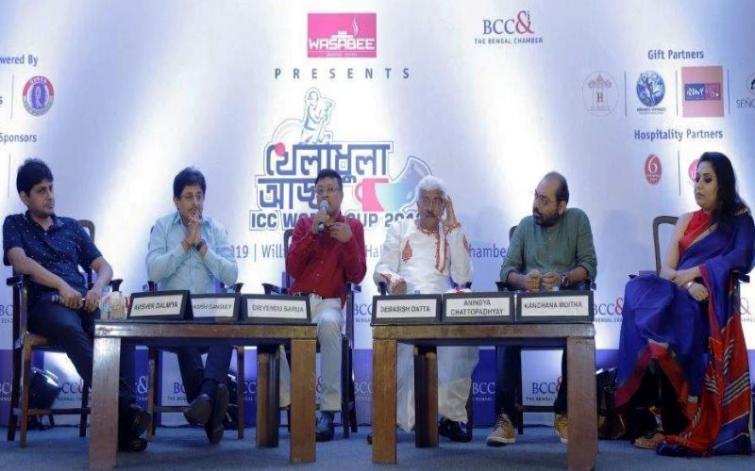 Kolkata: With few days to go for the mega tournament of cricket, the Bengal Chamber of Commerce and Industry (BCCI) organised a panel discussion titled Kheladhulo Adda: ICC World Cup 2019 on Tuesday.

The panel discussion had a mixture of views and takes on the preparedness of the cricketing fraternity of India.

According to Dalmiya, the current officials at helm of administration should visit England once and see how they manage the internal administration, training, spectators and all to develop this sport in the right way.

Ganguly said that the current Indian cricketing squad has the preparedness and talent to repeat the magic of 2003.

Barua pointed out a few similarities between the two games of cricket and chess. Both needed aggressiveness and calmness which is inherent in Indian captain Viral Kohli and former skipper Mahendra Singh Dhoni.

The Cricket World Cup 2019, which will be played in England and Wales, is scheduled to begin on May 30.