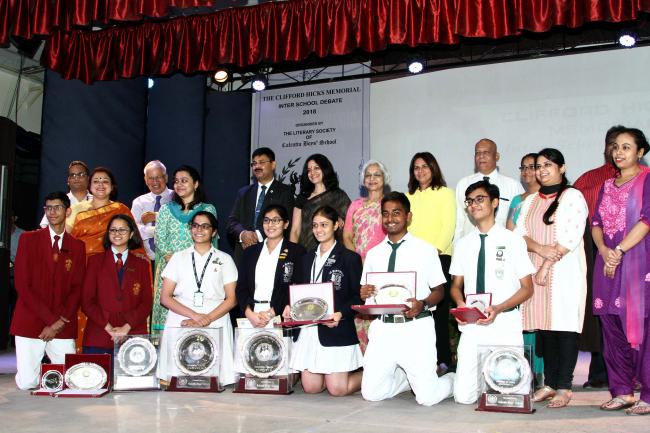 ‘The Clifford Hicks Memorial Inter-school Debate’ was started in 2015 in the memory of Clifford Hicks, who served as the principal and secretary of Calcutta Boy’s School from 1952 to 1974.

This year the debate was opened to schools across India for the first time.

Principal and secretary of Calcutta Boy’s School, Raja McGee, said, “This year when we sent the invitations to schools across India we got a wonderful response, schools from Pune, Bangalore, Jharkhand, etc. Also 27 schools from Kolkata participated. Students get only one hour for preparing their speech. So it’s purely their ideas that they shared. Every student was very good. I congratulate every school for training such eloquent and well-mannered students.” 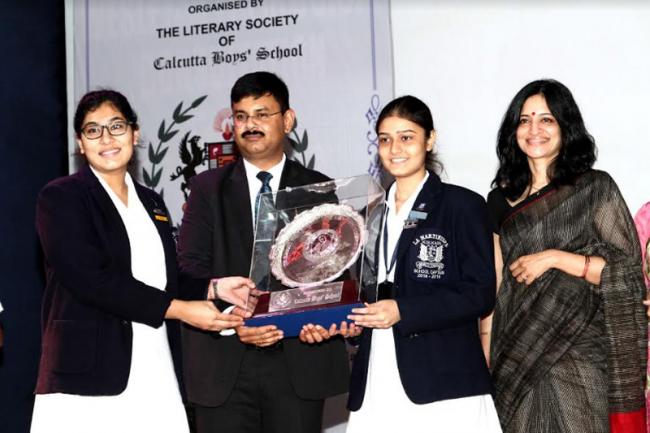 Educationist Rita Wilson, who served as one of the judges, said, “These children have been taught to think, which is rare these days. The topics were very relevant but what was more important was the learning that took place through this debate, the kind of confidence that they developed through this, the communication skills that they learnt is very essential to survive in today’s society, it was a very well-organized event by Calcutta Boy’s School and I congratulate all the winners.”

The topic for the category I finals was ‘In the opinion of the House, scientists should not be burdened with ethical considerations,’ and the winning team was La Martiniere for Girls, Kolkata and the best speaker award went to Ishan Sengupta of Delhi Public School, Ruby Park.

The topic for the category II finals was ‘In the opinion of the House, terminally ill patients should have the right to euthanasia,’ and the winning team was Loreto House, Kolkata and Anirudh Dash of The Bishop’s Co-Ed School, Undri was chosen as the best speaker.