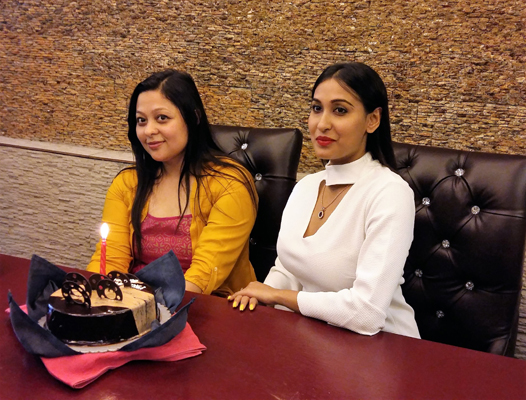 Kolkata's The Palms Restaurant to soon have a lounge area, says owner

India Blooms News Service | @indiablooms | 27 Oct 2017, 04:05 pm
#ThePalmsRestaurantKolkata, #ThePalmsRetauant, #RestaurantsinKolkata
Kolkata, Oct 27 (IBNS): Tollywood actor Sayani Dutta regaled the guests with her behind-the-scenes anecdotes of her upcoming Bengali film Michael while we indulged in some hearty eating at The Palms Restaurant in Kolkata, which held its birthday bash on Thursday.

The restaurant's elegance is underscored by the use of white, earthy browns and glass as part of the interior design.

Two years ago, setting up the restaurant single-handed was a key challenge for Kolkata girl Priyadarshini Dey.

"It was difficult to get a place to start the restaurant in," recalled Dey, "because people were a tad sceptical about an independent woman entrepreneur. They would want to know if I had a male business partner or if I was setting it up with someone else."

Another big challenge was opening a fine-dining restaurant without a bar, said Dey. "It is not that it was a wholly conscious decision. The circumstances were such that I was compelled to open without a bar attached," she explained.

"But I love to take risks, I love challenges. Every day is a challenged and I handle it accordingly. In the end, I come out the winner," she added with a sparkle to her eyes.

Dey, who initially graduated in Science subjects, completed her master's degree in hospitality in Singapore.

"It was quite a learning experience for me because the industry, the work culture is so disciplined out there," said Dey.

Instead of calling it a multi-cuisine restaurant, Dey loves to describe The Palms as two restaurants, two cuisines, under one roof. 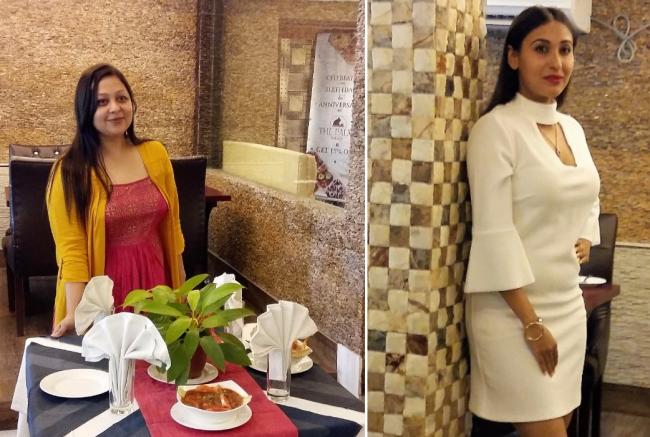 Dey attributes the success of her restaurant sans any alcohol to boost sales to her team of chefs, and kitchen and service staff. "Our extraordinary dishes and unmatched hospitality took us to a winning position," Dey said.

With two years of successful running under her belt, Dey has decided to expand The Pams' appeal.

The menu has already got a makeover with the addition of new dishes such Cocktail Mushroom, Dahi Fish Curry Gujarati Style, and Chicken Dihati to name a few.

The other surprise is an entirely new section, a chill zone built on the concept of a lounge.

"I want to cater to the young crowd. So soon we will have a lounge, where the young people may come for a hookah and try a different menu," said Dey.

Dey along with her guest Sayani Dutta cut the birthday cake while guests wished the restaurant many more years of successful running.


(Reporting and images by Uttara Gangopadhyay)