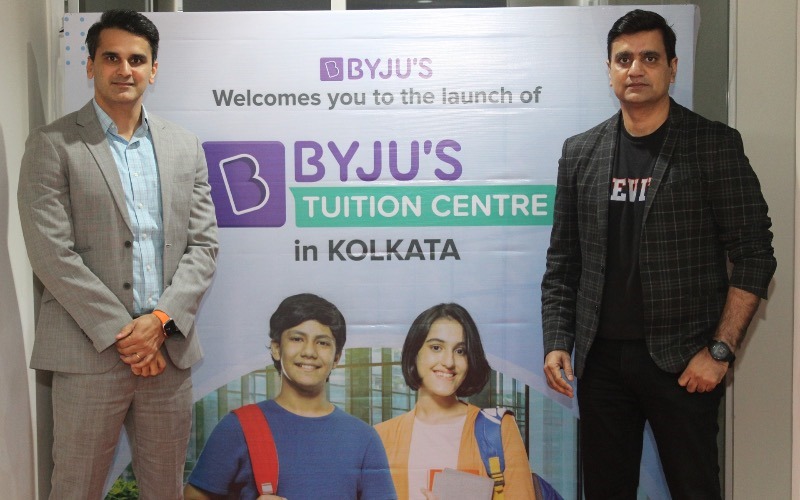 Kolkata/IBNS: Bengaluru-based ed-tech platform BYJU’S announced the launch of ‘BYJU'S Tuition Centre’ in Kolkata and its plans to scale up from its five existing centres to 10 by end of this year.

The newly-launched centres have been set up in centralised and accessible locations such as Park-Street, Rabindra Sarobar, Dalhousie, Ruby, and Salt Lake.

As of now, the centre will cater to students from classes 4-10 through the two-teacher model.

The Indian ed-tech enterprise also plans to open 500 centres across 190 cities this year.

BYJU’S Tuition Centre aims to provide employment opportunities to over 10,000 plus people in India within a year of operations while targeting to enroll one million students into this program in the next two years, the company release said.

Commenting on the launch, Head of BYJU’S Tuition Centre Himanshu Bajaj said, “Owing to the pandemic, students had to oscillate between offline and online learning, but this new offering of BYJU’S will address complex concerns of students and parents across the country.

"With technology and features such as anytime doubt resolution support, regular tests/practice sessions, identification of doubts, and frequent parent-teacher meetings - students get the best of both worlds - access to high-quality teachers and personalised attention."