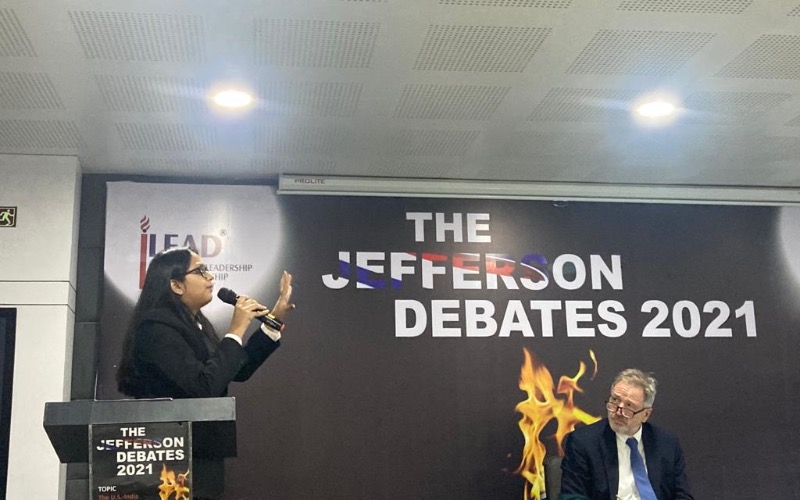 Kolkata/IBNS: University of Calcutta's (UC) Dept of Law won the Jefferson Debates 2021 where the motion for opposing sides was 'The U.S.-India Strategic Relationship Will Boost Business Growth in the Indo-Pacific Region'.

Natasha Aziz was able to turn the tables to UC's side with powerful and aggressive arguments backed by a perspicacious instinct. She was judged the best speaker during the current edition of Jefferson Debate.

U.S Consul General to Kolkata Melinda Pavek was the chief guest, and one of the three judges at the eight edition of Jefferson Debates.

Melinda Pavek said, "The strongest democracies thrive and flourish through frequent and lively debates. Passionate debates- in which we counter, question, and agree to disagree - are a cornerstone of our identity, both in India and the United States."

Encouraging such debates, she said, "Such debates must always leave room for everyone to show up with curiosity, diverse opinions, honest questioning, openness, and a belief in lifelong learning.

"This seems especially important here in Kolkata, where the act of engaging in the adda has been raised to a fine art form and I’ve been told that an argumentative Bengali can raise a storm in a teacup!"

The event was co-hosted by iLEAD and the U.S. Consulate General, Kolkata.