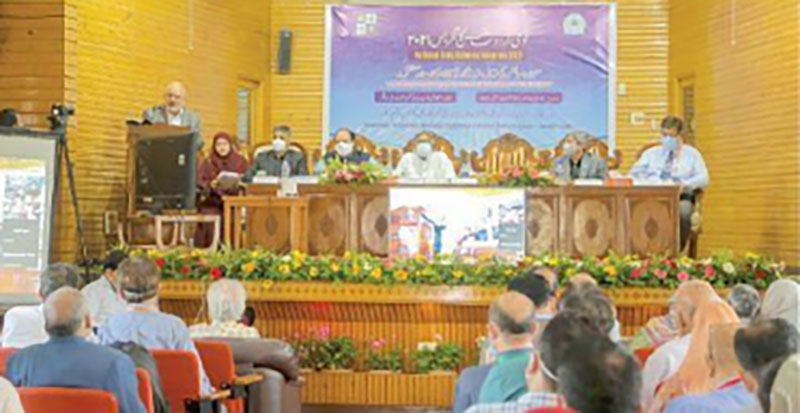 Srinagar/IBNS: Central University of Kashmir (CUK) Chancellor, Lt. Gen (Retd) Syed Atta Muhammad Hasnain, Wednesday underscored the need for inculcating scientific temper and knowledge among the school, college and university students, for the overall growth and development of the country.

“Western countries including USA, UK, France, Germany and others have been extremely successful in the scientific advancements and research and development as they made it their thrust area and also imparted scientific knowledge and developed temperament in their youth from an early age,” Hasnain said in his presidential address, during the inauguration of the National Urdu Science Congress-2021.

He described Urdu as the 11th major language of the world having its reach across the length and breadth of the globe.

In his address, CUK vice chancellor, Prof Mehraj ud Din Mir, gave a detailed  account about the CUK functioning and said, “The university is presently offering more than 35 programmes through nine schools of studies and hundreds of students, are pursuing their education through it."

“Translating the scientific research, not only  in Urdu, but in other languages is need of the hour so that the youngsters living  across the world, get acquainted with the scientific advancements,” he said.

Vice-Chancellor University of Kashmir, Prof  Talat Ahmad, said the first try should be to impart scientific knowledge in Urdu at school and college level.

“While writing in Urdu, the technical terms for understanding can be written in English as well,” Ahmad said.

He said the Kashmiri language, which is old, should also be used for scientific communication.