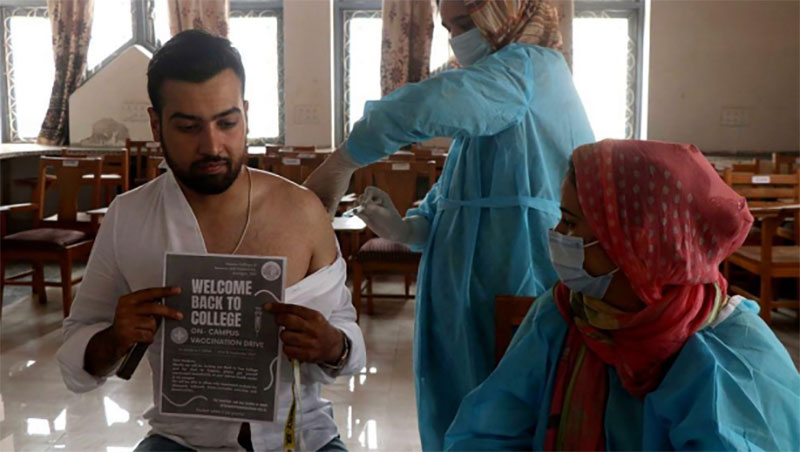 Colleges in Kashmir permitted to open for vaccinated students

Srinagar: After a gap of five months, the colleges and other higher education institutes in J&K were today permitted to resume on-campus teaching with certain preconditions. The order comes days after the J & K Government allowed in person attendance for Class 10 and 12 students.

However, the Government has made it mandatory that the students and staff attending the college are fully vaccinated.

The heads of the colleges have been directed to seek permission from respective Deputy Commissioners. The order follows the COVID19 Guidelines issued by the Government on 5 September wherein higher educational institutes were allowed to resume class work and other academic activities.

Earlier in the week, J&K Government allowed in-person teaching in Higher Secondary Schools for 50 percent student strength on a given day, provided that the students are subjected to RAT or RT PCR test prior to entering.