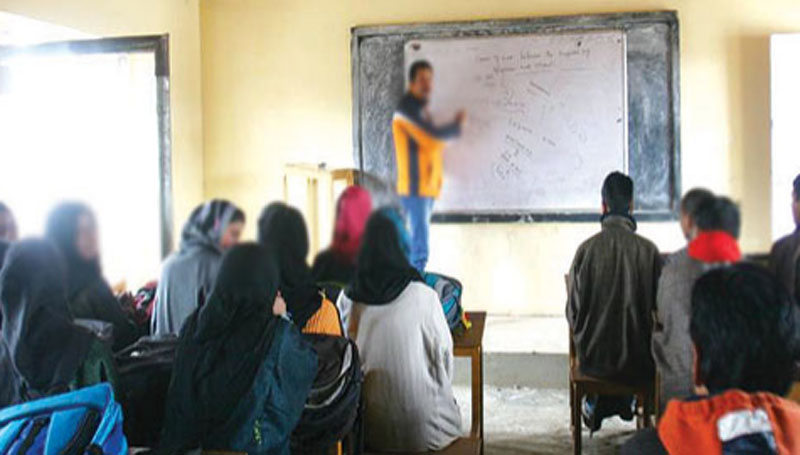 For this, the School Education Department has submitted the proposal to the Government of India for their financial assistance to achieve the target.

In an official communication addressed to the Joint Secretary, Department of School Education in the Ministry of Education, GoI, the Administrative Secretary School Education Department B K Singh has submitted its proposals for augmentation of infrastructure in high and higher secondary schools across J&K.

The department has submitted the list of schools along with the unit cost of the project and sought “necessary action” from the Government of India.

The proposal has been sent days after the Ministry of Education convened annual Project Approval Board (PAB) meeting of the J&K School Education Department to consider the Annual Work Plan and Budget (AWP&B), 2021-22 for J&K.

“This will help introduce pre-schooling facilities in the government schools, inculcating innovative and creative thinking among the students and offering sports facilities in schools which is inconsonance with the National Education Policy 2020,” reads the proposal submitted to the Government of India.

Besides other aspects, the department has shifted its focus on developing sports infrastructure in the schools under which development of football fields, volleyball and basketball courts would be established in the schools.

“The department intends to improve the sports facilities in schools and it is proposed to establish sports infrastructure in five high and higher secondary schools each of all the districts. The students will be encouraged to take up at least one sport during their stay at the schools,” the official communication reads.

The government has proposed to develop innovative laboratories in the schools with an objective to encourage interest, innovation and creative ability among the students.

“Children will get an opportunity to work with devices and gear to understand what, how and why parts of Science, Technology, Engineering and Math,” the document reads.

However, the department admitted that it faced space constraints in establishment of innovative laboratories during the past years.

“There is a basic requirement of 1500 square feet room which is generally not available in government school. With the result, these laboratories could not be established,” the document reads. To overcome this constraint, the department has now proposed to establish additional infrastructure in one each higher secondary schools in 20 districts across J&K.

“The department has identified 20 higher secondary schools where sufficient land is available to provide this additional infrastructure. This will be taken up on a pilot basis and will be replicated later in other institutions as well,” the official document reads.

The department in its proposal has said that the infrastructure was not available in schools for running kindergarten classes despite the availability of funds for procurement of supplies to establish kindergarten sections in the schools.