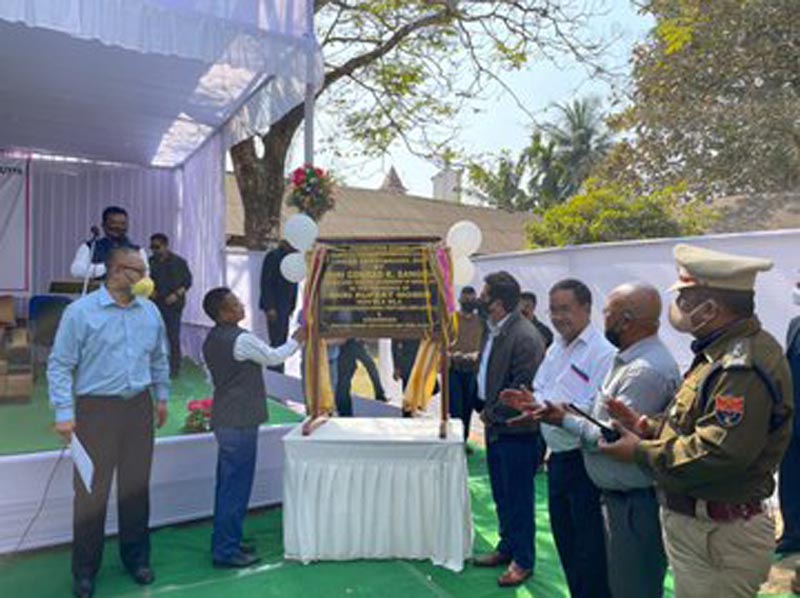 In honour of Omed W Momin, the first Garo who converted to Christianity, the Omed Memorial Secondary School was established on February 17, 1969 by members of the village at the heart of Rajasimla village, near the Rongdal-Rongkil stream.

According to School authorities, the School will be upgraded to Higher Secondary level by the next academic year.

Speaking at the inauguration programme, the Meghalaya Chief Minister thanked the Asian Development Bank and the Education Department for initiating the “Supporting Human Capital Development Project” in Meghalaya that has enabled the creation of infrastructure facilities to improve the quality of education in the state.

The Meghalaya Chief Minister expressed his confidence and commented that through a synergistic approach, the Government will be able to reverse the trend and provide better teaching and learning opportunities.
"The onus of education should be collective and the society and the government must work together to further the interest of the students and lead them to a bright future," Conrad Sangma said.

Expressing his concerns over poor pass percentage, he called for cooperation from different stakeholders to partner with the Government in encouraging children to pursue their education and see to its end.

"The creation of better learning infrastructure will motivate the teachers and will spark interest in the youth to complete their education," Conrad Sangma said.

Speaking on the unwavering commitment of the NPP-led MDA Government, he said that it is the MDA Government's unbridled ambition to revamp infrastructure and improve literacy in rural areas.

He also expressed his satisfaction with the show of active community leadership in North Garo Hills and expressed, “It is heartening to learn about the exemplary community leadership in North Garo Hills that has resulted in the fruition of projects that will improve the lives of young people and the society at large. We can learn a thing or two from such inspiring communities.”

Recalling the work of late P. A. Sangma, he said,  "A portion of the School was constructed with funds sanctioned from the MP Scheme during my late Father, Sh. P A Sangma's tenure, I am glad to have this opportunity to inaugurate the new school building which has the imprint of such inspiring leadership."