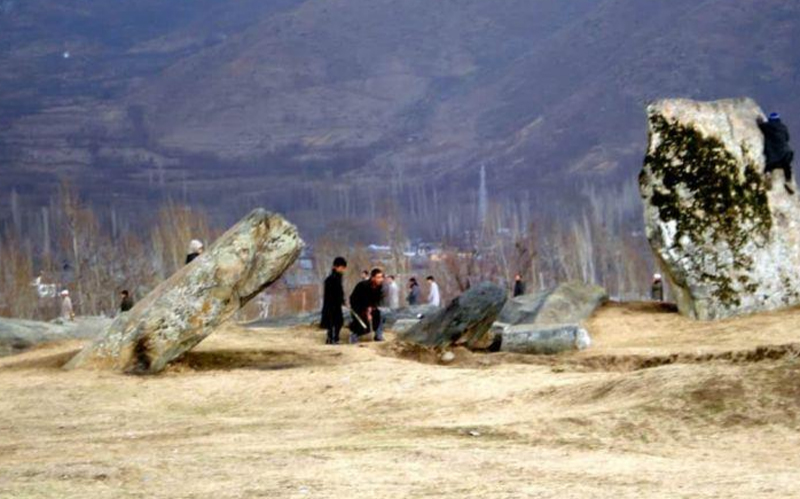 Srinagar: Kashmir University’s Centre of Central Asian Studies (CCAS) is mulling to go for a fresh excavation at the famous Burzahom archaeological site.

The last excavation at the site was done by the Archaeological Survey of India (ASI) between 1960 and 1971.

An official at the ASI said that the CCAS had applied for the permission to carry out excavation at the site in 2019.

“After the review of all the formalities by the committee looking into the excavations across India, the permission was granted. However the project was stalled following the COVID,” said an official.

Dr Ajmal Shah, director for the excavation of the Burzahom project at CCAS, said that they have again applied for the permission this year.

He said once all the formalities are completed they will start the project.

“In early 2019 we had applied for the license to excavate at the Burzahom archaeological site and fortunately we got the permission as well. The excavations across India are mostly done by September, but since the COVID stalled the whole process, the permission expired. We have again applied for it and we are hopeful to get the permission again,” Shah said.

Shah said that the aim of the excavation is to explore and document the whole process.

“The project,” he said, “will help in studying and preserving of the site.”

The excavation, he said, will be first ever by any Kashmir-based educational institute which is a great step ahead.

“The last excavation of Burzahom led by T.N Khazanchi (of ASI) was a detailed one which went on for a decade but unfortunately the report of the excavation was not published,” Shah said.

He said they want to excavate afresh the site because the archaeological science since the time the last excavation was carried out, has advanced.

“There are new methods and tools which will help understand the site more,” he said.

It is relevant to mention that Burzahom archaeological site is on UNESCO’s world heritage watch list and as per UNESCO.

The site which is known to be the first Neolithic site to be discovered in Kashmir dates back to 3000 to 1000 BC.

The first excavation at the Burzahom site was carried out in 1936 by the Yale Cambridge Expedition headed by Helmut de Terra and Dr. Thomson Paterson.

In the past few years, as the reports of the site being in a shambles have came to light, ASI has taken many steps to preserve it. In one such step, ASI has started fencing of the site which is still going on. J&K to get 60 new critica