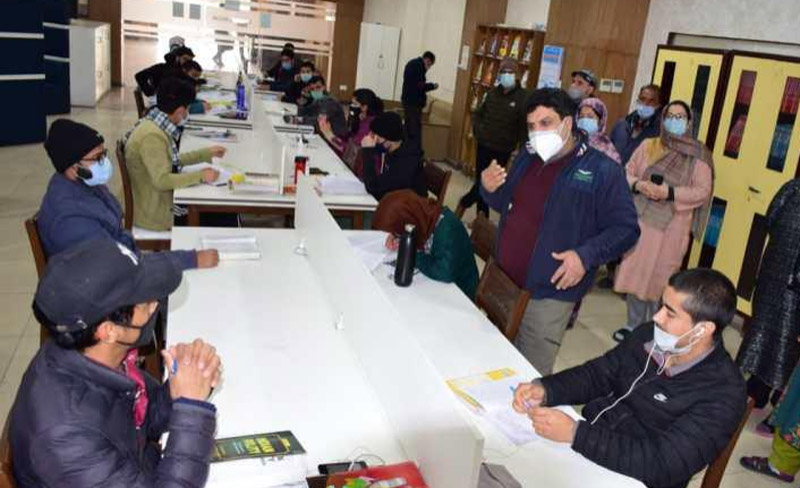 Jammu and Kashmir to get network of theme-based libraries

Srinagar: Secretary, Culture, Tourism and Youth Services and Sports, Sarmad Hafeez Thursday said the Department of Libraries and Research was planning to establish a network of theme-based Reading Zones-cum-Public Libraries in J&K in convergence with various departments to broaden the citizens’ access to knowledge and information.

During his visit to SPS Library complex here, he said the Libraries department had already started the process for establishing two Smart Libraries in Srinagar in collaboration with Srinagar Smart City.

“Some more theme-based libraries are being planned in Srinagar and Jammu in convergence with the Tourism department, Information department, Airports Authority of India, Srinagar Municipal Corporation, Department of Archives, Archeology and Museums and Mubarak Mandi Heritage Society,” he said.

Responding to various demands of the students including increase in timing and space constraints, the Secretary Culture announced that another reading room at the first floor of the SPS Library would be made fully functional and opened for students. He said the operational hours for the reading room would be from 9 am to 5 pm from January 1, 2021.

He said the department would also explore the possibility of keeping the library open during holidays to facilitate the readers. Sarmad also called for making the cafeteria in the library complex immediately functional.

He called for sustained and extensive technological interventions in libraries including automation, ecataloguing and e-circulation to make them more user-friendly.

The Secretary Culture hailed the sustained efforts of Director Libraries and Research, Muhammad Rafiq towards repositioning and reinventing the libraries in J&K through various innovative and technological interventions.

Responding to the demands of the Libraries Department employees, Secretary Culture said a comprehensive reorganisation proposal would be formulated to create career progression avenues for the officers and officials of the Libraries department.

He said these two central libraries have a collection of around 1 lakh titles including some rare books and manuscripts.