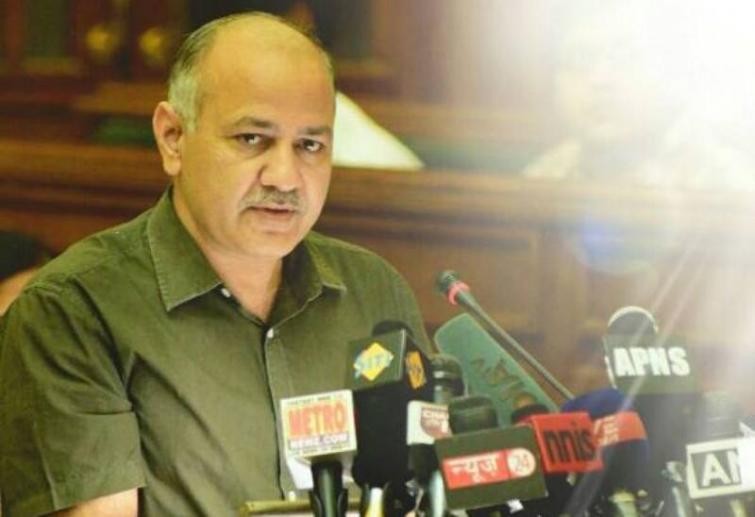 Cancel CBSE board exams, use internal assessments for results: Sisodia to HRD Minister

In a letter to the HRD minister, Sisodia said it would be extremely difficult to conduct the remaining CBSE exams in the current scenario.

“I raised this issue during your video conference with the state education ministers on April 28, 2020 and suggested that the results be declared on the basis of pre-board or internal exams instead of conducting the remaining exams,” Sisodia said.

“I hope you would agree with me that the board exams, particularly those of Class 12 are a high stake exam for children. Hence, subjecting them to take this exam in such an uncertain and anxiety prone situation would not be fair to them,” he wrote.

“During the last one week, the daily number of cases getting COVID-19 positive has been rising and the total number of confirmed cases now stands at 44,688 (as on June 16, 2020). This is likely to rise to 5.5 lakh by July 31, 2020. In such a situation, if a candidate or someone in the family tests positive, he/she will have to skip the exam causing further distress,” he said.

“Currently, there are 242 containment zones in Delhi which will rise further. Though, as per the current plan of CBSE, a school in this zone will not be used as exam center but there is no clarity on how a child from this zone will come out to take the exam,” he said.

“At present, 251 government school buildings are being used as dry ration distribution centers, 33 schools are serving as hunger relief centers, 39 as shelter home, 10 as transit migrant camp and 10 as quarantine centers. These schools will not be in a position to conduct exam from July 1, 2020,” the Deputy CM said.

Sisodia said in order to meet the requirement of additional beds, which is estimated around 80,000 by the end of July, Delhi Government is planning to use the auditoriums in nearly 242 schools to set up additional beds for Covid-19 patients requiring hospitalisation.

“Holding exams in the same building where there would be hundreds of COVID patients would be a serious risk,” he said.

“In such a situation, using school buildings between July 1-15, 2020 and ensuring that all eligible students take their exam may be extremely difficult. Therefore, I once again request you to remove any further uncertainty and declare that the exams in 29 subjects proposed to be conducted in July will not be conducted at all. For the results in these subjects, CBSE may rely upon the previous school based internal assessments which include project work, periodic tests, term exam, etc,” he added.

Sisodia urged to focus on building the confidence of the parents and capacity of schools to welcome children back to resume teaching-learning activities, instead of getting stuck with the remaining exams.