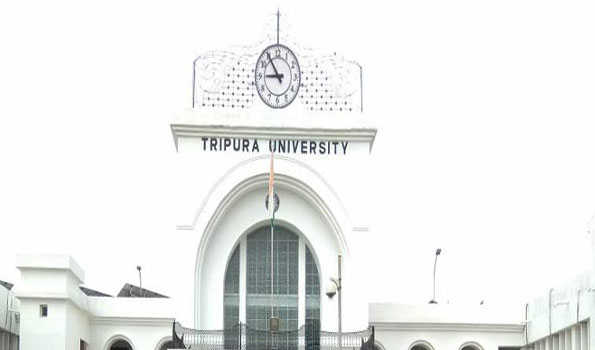 Agartala, Mar 3 (UNI): In an innovative initiative Tripura University has cultivated vegetables for its campus inmates in the utilised land and within four months about 600 kilogram potato was harvested in a day.

The idea to utilize unused land in the campus was mooted by Vice Chancellor Prof V L Dharurkar on October 02 last when a programme was organized on Mahatma Gandhi’s educational policy Nai Talim’ in presence of Governor and Chief Rector of the varsity Prof Kaptan Singh Solanki.

The agricultural produce has been given to the varsity hostels free of cost and a portion of the remaining stock was sold among the teachers, officers and all employees of the campus at half of the market rate.

“It is not the price but the feelings that are attached to the vegetables- which is important. It’s like we are collecting produce from our own kitchen garden,” said Prof Dharurkar adding that it will motivate the students and teachers about the approach to attaining self-sufficiency in production and self-help.

All types of seasonal and all weather vegetables like cabbage, cauliflower, Palok, beans, Doney (coriander) methi (fenugreek), which were suitable in the climate would be produced in the varsity round the year under the supervision of horticulturist that will develop a culture of organic production among the stakeholders.

“In a sense we are going to have a kind of green revolution in our green campus,” he added.