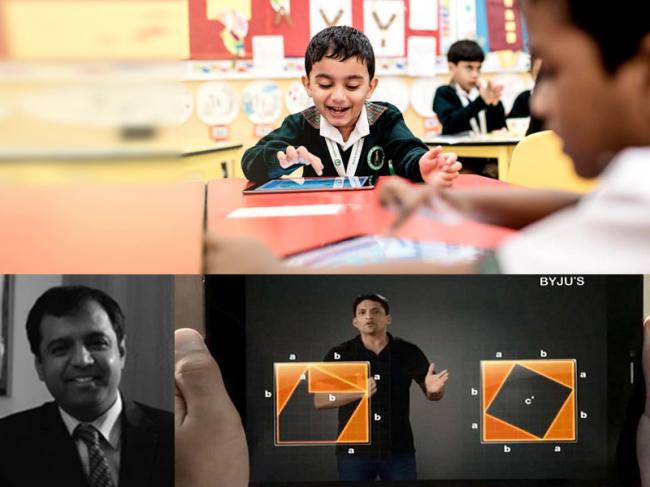 Indian education industry has always been at the brunt of political manifestos and grand, yet inadequate resources and facilities. With that in context, any progress made in education in India is often seen as supercilious and temporary. Remember the board exam upheaval?

However, there has been a rise in the reception of education changes in the country. With urban families looking for better education for their children in a super-competitive environment, schools, startups and institutions are gearing up to provide innovative tools and solutions pertaining to better education provision for students across age groups.

As per an IBEF report, India’s higher education segment is expected to increase to US$ 35.03 billion by 2025, which from the current valuation of $91.7 billion is quite an exponential growth. In addition to the finances of the industry, you have the increased focus of startups across the country – each of whom are looking to leverage the spending potential of over 315 million school students in over a million schools.

The innate interest however, isn’t as surprising as the shaping of the interest in Indian education. The sector which has had quite a few changes is witnessing investments from international players, notable mentions include the Chan-Zuckerberg foundation and Ebix. The two giants have made headway into investing into BYJUs and Educomp Solutionsres pectively – both of which are synonymous with edtech, either through their market presence or sheer marketing.

Both the target companies are headed by tech mavericks –Educomp Shantanu Prakash and BYJUs by ByjuRaveendran, and both of them are now synonymous with education excellence and edtech (granted BYJUs is yet to be synonymous with Educomp).

The investments around these startups give a clear indication as to the interest of education players as well as investors. However, uncannily enough, the impact of newer players is yet to be substantiated by school boards or the classic classrooms.

As far as the newer players go, most of the edtech players in the market are looking to capitalize on the smartphone or computer usage – where all of that steams from the decentralized approach of education. Amongst the older crop of players, only Shantanu Prakash’s Educomp spearheaded technology’s impact in classrooms and set a precedent in the market – an idea which has rejected (read: not considered) by the new crop.

In sum theforay into edtech investment is yet to see its true potential and impact education on a holistic level in India. The market sentiment however, could put some sprite into better development of education infrastructure in the country.