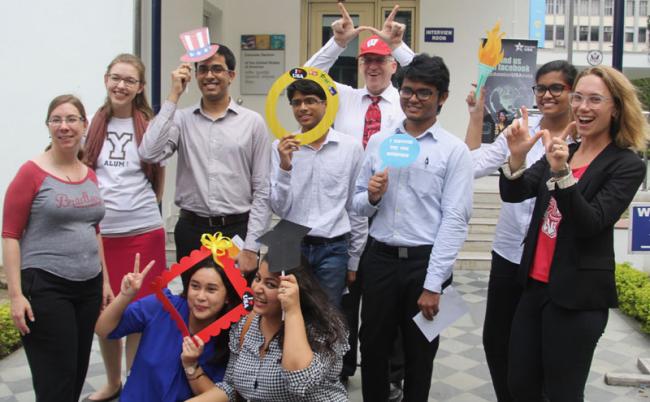 Kolkata, June 8 (IBNS): On Wednesday, more than four thousand bright, ambitious students from all across India appeared for visa interviews at the U.S. Mission's five visa-issuing posts, before they start their educational journey in the United States.

U.S. Consul General Craig Hall in Kolkata, Deputy Chief of Mission MaryKay Carlson in Delhi, and Consuls General throughout India congratulated applicants as they joined the growing ranks of Indian students who choose to study in the United States. 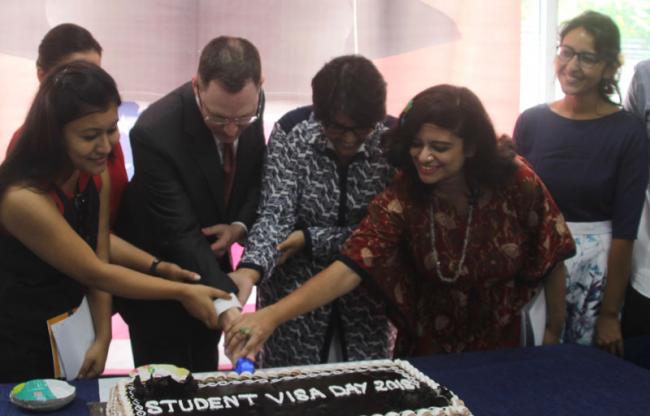 While students are welcome to apply for visas on any day that interviews are being conducted, Wednesday the Embassy and Consulates interviewed students exclusively to celebrate the higher education ties that link our two countries.

At the U.S. Consulate in Kolkata, the future students were treated to a festive college fair-like atmosphere, with activities and a cake-cutting.  Indian students currently studying in the United States were present to offer guidance on student life in the United States.

The venue was decorated with university banners and a large map of the United States on which students pinned their destination colleges and universities.  Staff members from EducationUSA, the official source of accurate, current, and comprehensive information on higher education in the U.S., were on-hand to answer students’ questions and advertised their upcoming pre-departure orientation session for students. 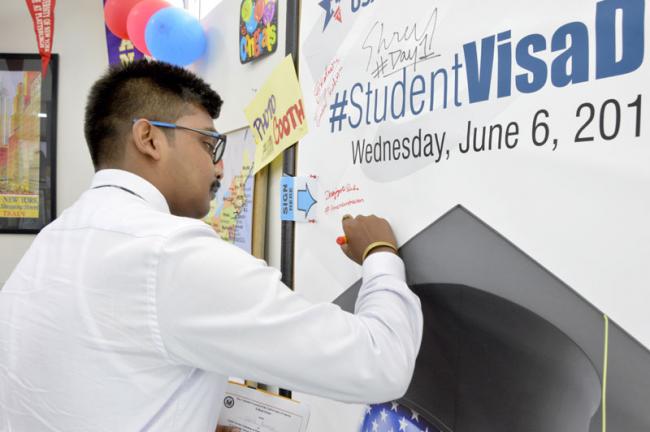 CG Hall added, “We are excited about the new opportunities that the students will encounter while studying in the United States.  During the next few years, they will meet people from around the United States and the world.  They will also have the opportunity to travel within the United States, learn about other cultures, and experience American college life.  Once they arrive on your campuses, they will quickly learn that U.S. university programs provide the flexibility to explore your academic interests.  The students might be able to gain research and teaching experience while you pursue your degrees.  Most importantly, they will all receive a world-class education, become members of robust alumni communities, and have a life-long engagement with the United States.” 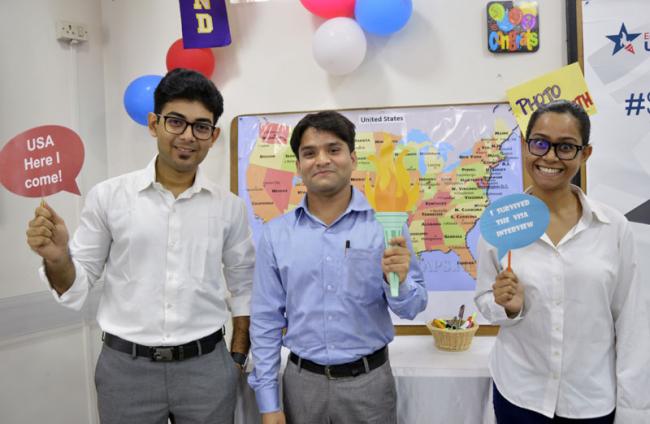 India is the second highest sender of students to the U.S., with Indians comprising approximately 17 percent of the total number of international students.  Over the past 10 years, there has been a 130 percent increase in the number of Indian students studying in the United States—and an 86 percent increase over the past five years, according to the Open Doors Report of 2017.