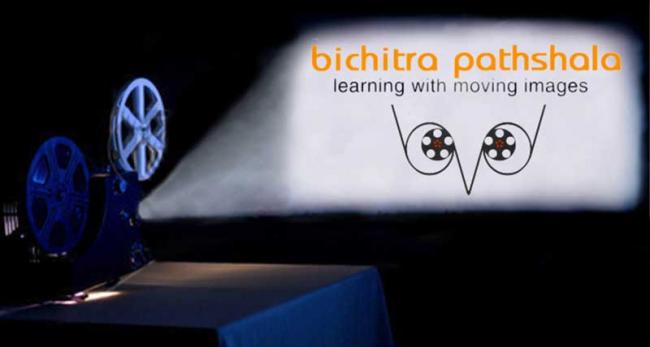 Beyond Books: Cinema in the classroom

Kolkata, Mar 19 (IBNS): Aiming to bring movies and media into the learning environment, Kolkata-based Bichitra Pathshala, in collaboration with Vigyan Prasar, an autonomous organisation under the Central government's Department of Science and Technology, has launched a project called 'Beyond Books: Cinema in the Classroom'.

According to the organizers, the project involves making school teachers realize how moving images can catalyze participatory learning environment in the classroom, how appropriate film clippings can address diverse learning patterns, and even turn backbenchers into active learners.

Workshops with school teachers were held in Kolkata and other districts of West Bengal enabling the participants to create their own teaching learning designs using clippings of award winning films from the Vigyan Prasar archive.

Bichitra Pathshala also video documented teachers using the TLM Design technology in the classroom, for which the team visited the district schools.

The project will conclude in March with a 'Lesson Plan' competition in Kolkata among the participating teachers from the primary, middle and high schools from five select districts of West Bengal -- Kolkata, Murshidabad, Alipurduar, Bankura and Purulia.

The best lesson plans will be rewarded with certificates and prizes.

The competition will be held on March 25 at Birla Industrial & Technological Museum, Kolkata, from 10.30am to 5pm.