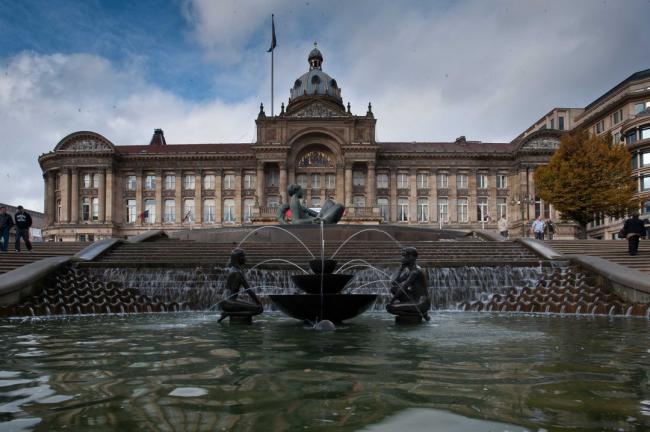 Students discuss the role of Commonwealth in big Birmingham debate

Birmingham, Jan 11 (IBNS): Less than a month after Birmingham was confirmed as the host of the 2022 Commonwealth Games, students from across the UK city will be gathering to debate the role of the intergovernmental organisation in the modern era.

In the first in a series of debates held in cities across the country, the event, taking place on Jan 17 at Birmingham City Council House, wants to challenge received opinion about the Commonwealth.

The event aims to position the Commonwealth as an organisation of significance in international affairs among the city’s 65,000 students and a positive force for change across the world.

The Commonwealth of Nations was formally constituted in 1949 and today represents 2.4 billion citizens across the world – more than one quarter of the world’s population in 52 countries.

It works to help create and sustain an organisation that is mutually respectful, resilient, peaceful and prosperous, and that cherishes equality, diversity and shared values, which is inscribed in the Commonwealth Charter.

Professor Louise Toner is Associate Dean at Birmingham City University and Chair of the Birmingham Commonwealth Association Education Focus Group, which brings together eight major universities and colleges in the West Midlands to celebrate and recognise the significance of their Commonwealth connections.

She said: “The Commonwealth has its roots in the British Empire and for that reason it remains controversial. However, unlike the British Empire, the Commonwealth focuses on harmony, modernisation and the establishment and maintenance of democracy among the former colonies. Plus, research shows that trade between two partner nations is likely be a third to a half more than when one or both trade partners was non-Commonwealth."

“Here in Birmingham, we are already looking ahead to the ‘Friendly Games’ in 2022, but in the run-up to the Commonwealth Games in Queensland this year and the 25th Commonwealth Heads of Government Meeting in London, also in April, it is more imperative than ever that young people consider what the Commonwealth means to them and how it can help shape their future.”

The Commonwealth is of particularly relevance to Birmingham due to the international complexion of the city, where 42 per cent of its citizens are from ethnic groups other than white and many of whom maintain contact with their countries of descent.

Organised by the Birmingham Commonwealth Association and journal ‘The Round Table’, the upcoming debate will argue the motion: “This House believes that the Commonwealth prevents the UK from moving on from the past and dealing with the future."

It will be chaired by Jaspreet Singh, President of Birmingham City University Students’ Union. Jaspreet hails from Jalandhar district in the state of Punjab, India and is Birmingham’s first non-British student union president.


He said: “The Commonwealth is very important as it gives a platform for the former colonies of the British Empire to have their voice heard at an international level. However, we young people are living in a very interesting times, where things like trade often take a priority in big debates and toxic nationalism is acting as a curtain to disconnect peers from each other. The future of the Commonwealth, therefore, needs to find a balance between the colonial mind-set and the aspirations of young, enthusiastic global citizens. Within the framework of the Commonwealth, I believe that the future will bring many opportunities and greater experiences for those students who have their own global aspirations."

“It was a blessing for me to come from my rural village in Punjab to Birmingham City University. My University and Birmingham in general has acted as an incubator to equip me to work with and learn from the experiences of people from all different backgrounds, but specifically from origins within the Commonwealth," said he.

“The Commonwealth should be a way through which young people from the diaspora can shape international discussions and relations, while still keeping in mind the experiences and sacrifices made by their ancestors. I certainly feel a greater sense of belonging to Birmingham after hearing the news about the Commonwealth Games 2022 taking place here in the city.”

In 2017, Birmingham City University became the first university in Europe to offer a degree in Black Studies.