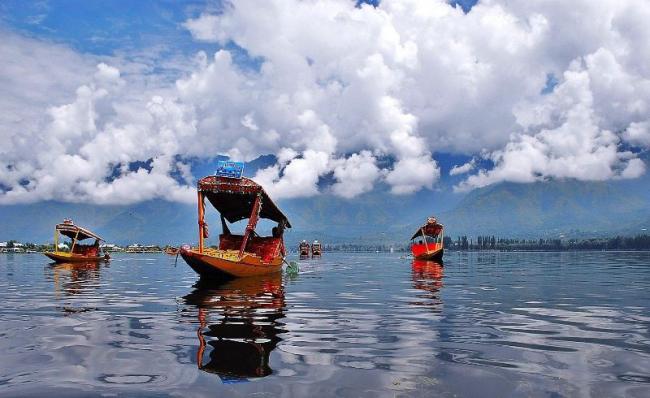 After a request from the Chief Minister of Jammu & Kashmir, Mehbooba Mufti, central government has decided to set-up two more exam centres for NEET in the Kashmir valley. Previously, there were only two exam centres which received a lot of criticism. Therefore, the addition of two more exam centres will help both the citizens of the state and the rest of the country.

How is it Going to Help the Aspirants of the State?

The decision has been welcomed in the state with open arms by students as well as the parents. Earlier, there were only two centres for NEET, both in Jammu which resulted in huge reproval. In November 2017, four other states increased the number of exam centres but the state government failed to do so in Jammu & Kashmir despite repeated assurances for two years. The students in Kashmir faced a lot of problems in arranging logistics due to the fact that the nearest centres would fill early and there wouldn’t be another centre in the state.

Now with an addition of two NEET exam centres in Kashmir, one in Srinagar, and the other in Baramulla, the accommodation strength for the exam centres has increased. Still, the problem has not been completely solved. The number of applicants in the state are expected to exceed the total number of seats (almost 1000-1200 seats) by a few hundreds. The seats will be given on a first come, first served basis. Thus, the aspirants who have filled their NEET application forms at the earliest will be provided seats within the state, while the rest still have to give their examination at the outside centres.

National Eligibility Entrance Test, also known as NEET, is conducted by Central Board for Secondary Education (CBSE) on a nationwide scale every year for admission to MBBS and BDS courses. Various government and private colleges accept NEET scores for admission to medical and dental undergraduate programs. The last date to fill the application form, without any late fee penalty would be in the first week of January. Aspirants can still fill the application form afterwards, but it will incur a late fee.

Central government has confirmed that over thirteen thousand seats have been added in the past three years for MBBS course. The government has also sponsored the founding of more medical colleges in the country. This has increased the importance of the exam even more in the recent years.

Trouble Faced by Aspirants Before the Addition in the Exam Centers

On an average, there are about two thousand students from the state of Jammu & Kashmir who apply for NEET every year. Due to the limited seating available earlier, less than half the students who apply gets an exam centre within the state. Rest of the applicants have to appear at outside centres in other states. This is immensely problematic for students, as they faced difficulties in travelling several kilometers for one exam.

The problem compounded due to the fact that the students applying for undergraduate admissions are usually in the age bracket of 18 and below and are unexperienced in long distance travel. This is a topic of concern especially with the subject of safety of children. Some parents even refuse to let their children attempt the exam due to worries and concerns for their safety. The discrimination faced by people from Jammu & Kashmir adds to those worries. Then comes the added inconvenience of finding accommodation in a different state for the duration of the stay.

How Fruitful this Initiative is for the Country?

India is a huge country, with a population of 1.3 billion and rising. With such a large population, it comes as a big surprise that we are always short on working force. Doctors, teachers, etc. all have a huge deficit in the working populace. The biggest reason for this is the lack of opportunities to the people. The introduction of two NEET exam centres in the Kashmir valley will ensure that students of the valley will have the opportunity to apply for National level Medical and Dental study courses. The increase in exam centres, coupled with the increase in Medical seats, will ensure a better future for medical aspirants, both in Jammu & Kashmir, and all over India.