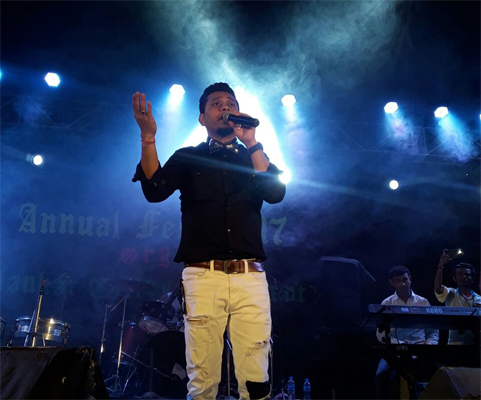 The event began with the prize distributions to encourage the students in academic and cultural sphere as well as in games and sports.

Principal Dr. Sukanta Bhattacharyya, in his opening speech, announced a bunch of add on courses to be initiated by the college in near future.

A special part of the event was the exhibitions organized by the students of the Computer Science, History, Geography, English, Mathematics, Philosophy, Sanskrit and Bengali departments.
The exhibition was inaugurated by Dr. Sukanta Bhattacharyya, Principal, Mankar College.
Senior teachers of the college-  Kallol Sen, Nihar Ranjan Rakshit, Tarun Kr Roy,and  Kusum Rai- attended the event.
Dr. Bhattacharyya, while sharing his opinion, accepted that a cordial relationship between the teachers and the students is the secret that makes any event successful in the college.

He said, “To encourage the students, from next year the exhibitions will be judged by externals and the best department will be awarded.”