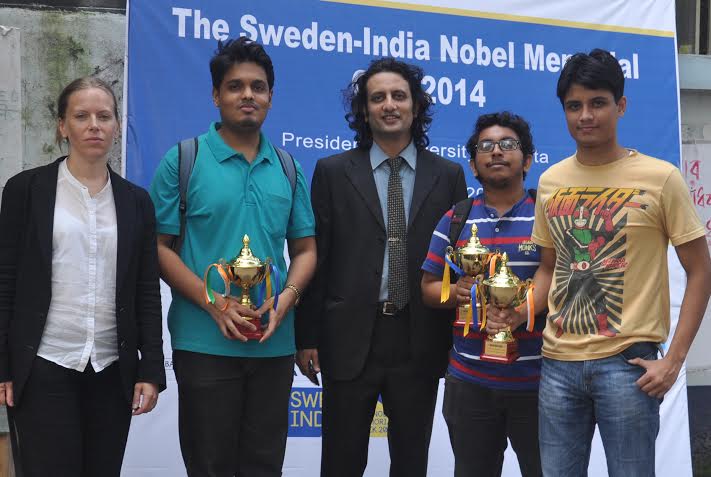 The team of RCC Institute of Technology, Kolkata comprising Sayantan Bhattacharjee, Abir Bhattacharya, and Srijak Bhattacharya, did their college proud by winning the Kolkata finals where 39 teams had participated.

Daniel Wolvén, Minister Counsellor & Deputy Head of Mission graced the occasion as the Chief Guest.   Anna Uggla, First Secretary, Political Affairs, Embassy of Sweden handed over the prizes at the intercollegiate quiz competition which saw avid quizzers from across reputed colleges and technical Institutes of the city.

Winners of the Kolkata round will represent the city at the National Finals which will be held at The Hindu College, University of Delhi in New Delhi on November 01, 2014.

National winners will get an all-expense paid trip to Sweden where they will visit headquarters of global Swedish companies, Swedish Universities and the Nobel Museum among other things.

This year the quiz was conducted for the first time by Kunal Savarkar, a mastermind semi-finalist and Content Editor for Kaun Banega Crorepati. The Quiz is one of the activities of the Sweden India Nobel Memorial Week which targets students.