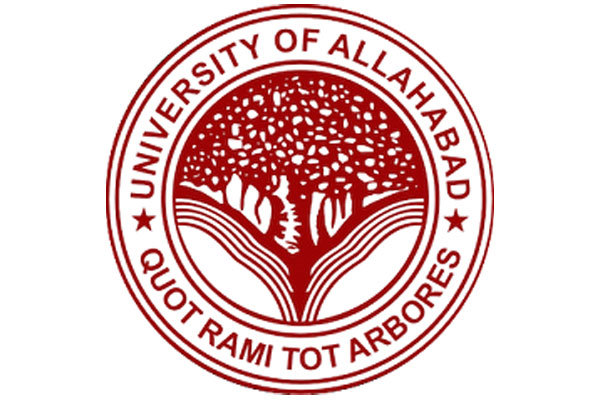 India Blooms News Service | | 30 Aug 2017, 02:23 pm
#AllahabadUniversity, # Law, # Science, # ArtsandCommerce
Allahabad University is one of the most prominent and reputed educational institute in regards to higher education in the country. The University is a colonial era legacy and its establishment goes back to the pre-independence era.

History of the University

Allahabad University is the fourth oldest university in the country after Calcutta, Bombay, and Madras Universities. It was established by British authorities on September 23, 1887.

Sir William Muir, the then Lt. Governor of United Provinces is credited for laying the foundation of the University. The University was established by the British government in accordance with Downward Filtration Policy (of westernizing Indian minds). The University was called “Oxford of East” for quite some time.

In its initial years, the University functioned under the control of University of Calcutta and was established as separate University later in 1987.

The University has been vocal towards the cause of women’s education, right from the very outset. Proper facilities were arranged for the female students in the face of Sarojini Naidu building, Priyadarshini girls hostel, and Shatabdi girls hostel.

Considering its historical and educational importance, the government of Uttar Pradesh granted it the status of ‘Premier Institution’. The center also felicitated the Allahabad University by granting it the status of Central University through a parliamentary act.

At present, the University offers wide variety of UG and PG courses in Law, Commerce, Arts, and Science.

The University represents a symbol of colonial era legacy which India molded in accordance with the needs and requirements of its higher education system so as to serve the larger purpose.

The respective Faculties are further divided into departments based on the subject under each faculty.

Departments under faculty of Science

Departments under faculty of Arts

Departments under faculty of Commerce

The faculty of law does not house any individual department under its ambit and works as a single unit under the aegis of University of Allahabad.

The law department is credited with having various former Chief Justices of India on its roll.

The University hosts a list of notable alumni under its Alma mater. The university has given several eminent Bureaucrats, Chief Justices, Freedom Fighters, Actors, and Poets to the country.

Being an Institute of excellence since the time of colonial rule, the University has attracted the best of the minds to garner and nurture their talent in the conducive environment of the University.

The free and liberal atmosphere of the University was utilized best by our nationalist leaders who ignited their fervor against the colonial rule and created mass awareness and consciousness among countrymen for nationalism.

In post-independence period the University continued on its path of delivering excellence in higher education and gave some gems that proved their worth and contributed in the fields of politics, literature, diplomacy, filmmaking and what not.

The University also hosts former Indian Prime Minister, President, and Vice-President on its roll. The rich culture of university of providing gems that contribute to the cause of nation is continuing in the modern times as well and the University stands firm on its wills and motto.

The University offers UG, PG, and M.Phil courses in the four major disciplines (mentioned above). Candidates can have hosts of courses offered by the various departments to choose from at the beginning of each academic year.

With the beginning of each academic year, there is a surge of applications for admissions into various courses offered by the university. However, only a handful of them get the opportunity to be a part of this prestigious Indian University.

The various courses offered by Allahabad University are:

Apart from above mentioned courses M.Phil and D.Phil courses are also offered by the University in specific subjects and domains for which applications are welcomed each year.