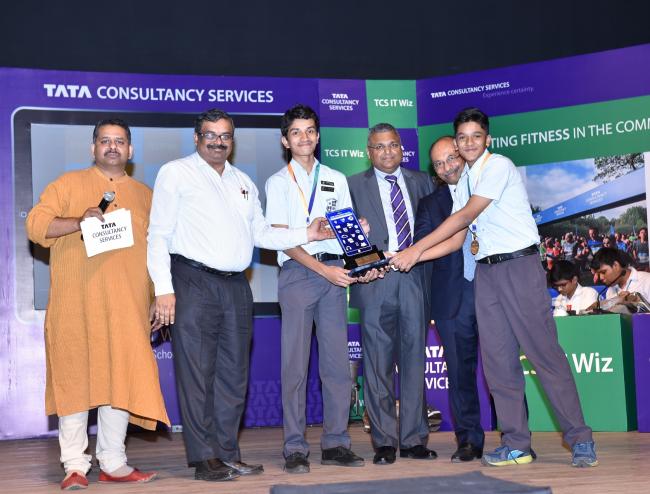 This year TCS IT Wiz saw an unprecedented number of tweets. Kolkata witnessed a record shattering 31860 tweets in a span of 4-5 hours.

TCS IT Wiz was open to High School students studying in class 8-12. Each institution could send a maximum of 15 teams with each team consisting of two members. There was no entry fee.

TCS IT Wiz this year focused on four areas- Automation, Contextual Knowledge, Machine Learning, and Agile besides an exclusive round on TCS.

The Quiz platform looked into the technological trends that are poised to have huge traction across the globe. Students who are a part of this quiz would benefit from understanding these technologies as they walk into their future. The top six teams from the written preliminary round were qualified for the regional finals.

After five rounds of quizzing at the Regional finals, Abhishek Patra and Shobhit Mahato from Loyola School Jamshedpur won the title.

The 6 finalists will also receive an array of prizes from TCS ranging from Gym bag, OTG pen drive, Earphones, and Bluetooth speakers. The winning team along with a teacher/parent will be flown to Mumbai to contest in the in the National Finals.