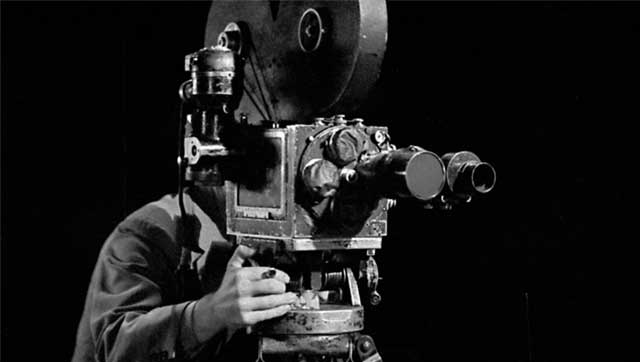 Film Making is a very broad field and offers lot of employment opportunities inIndia. It is a unique blend of creativity and technology. Films are a crucial part of mass media. They not only entertain us but also deliver strong messages. Apart from commercial films, it also involves documentaries, promotional videos, newsreels, music albums, TV commercials, etc.

A film maker has to focus on all these ideas and execute them to have an interesting effect. To be successful in film making, an individual must be very committed and patient. As, it involves a lot of work ranging from concepts, story, music, shooting location, casting, screenplay, budget, direction, dialogues and so on. Film Making is an art that not only tests the creative side of a person but also his or her technical knack.

This field is very competitive but on the other hand, it has a lot of scope for employment opportunities. India is a country of world’s largest film industry. Around 1600 films in over 26 languages are producedinIndia every year. Therefore, there is no shortage of opportunities for someone who is skilled and hardworking in this field.
The job of a film maker is not easy and involves many challenges. An individual has to start from scratch and create something new that will be loved and appreciated by the audience. Film making is not done for self but to entertain and educate others. A successful filmmaker always focuses on creating the best and does not shy away from smart work.

If you want to make a careerin Film making then you should not only have an artistic mind but also possess technical skills. You should be able to express your ideas well. Some people have inherent talent for this field while others work hard to be successful in film making. Even if you have characteristic talent for this, you need proper training to hone your skills. In some fields such as cinematography, sound recording, visual mixing, editing, etc., professional training is a must.

You must be wondering how to begin a career in film making? May be researching for good colleges that offer certificate, degree, diploma and post-graduate courses in film making would be a great start. Film making is not an easy task and is very complex and time consuming. It can prove to be expensive too.

Successful film makers spend a lot of time in perfecting their skills. There are many institutes that offer professional film making courses. A person must be creative, committed, motivated, focused, sensitive, patient and disciplined to become a film maker. A successful film maker strives to please the audience and doesn’t want the viewers to get bored while the movie is going on.

Film direction is the heart of the movie but is not a simple job. It involves lot of responsibilities and can be haunting. The question is- Are you ready for it? If the answer is Yes, then there are many institutes acrossIndia which can help you in achieving your dream of becoming a successful film maker.

Individuals pursuing a career in the field of Film making have ample opportunities to work with Film Studios, Production Companies, Advertising Agencies, etc. You can make your career in fields such as:

• Producer: The main job of a producer is to check whether everybody is doing their job well or not. A producer is responsible for appointing the cast, selecting the right script and story, managing resources, legal issues, making a budget, choosing right location and hiring the right crew to make a good film. A person who has done post graduate diploma in mass communication is preferred for this post.
• Cinematographer: The job of a Cinematographer involves high technical expertise. A cinematographer assemblesscenes for visual impact.
• Cameraman: A cameraman should be technically proficient and have detailed knowledge of all types of cameras. It is a dynamic field and one must be aware of all the advancements related to this field.
• Lighting Technician/Operator: A film without proper lighting can be a huge failure. Therefore, a lighting technician or operator is a must for very film. In this, a person is responsible for turning the day into night or change background color according to the scene, etc.
• Sound Recorder or Mixer: If you want to become a sound recorder or mixer, you should have a degree in Audiography and a science background. A person is involved in recording, dubbing and mixing of sounds in sync with the Video. It is a challenging and interesting job.
• Director: A director is the heart of the film and is considered to be a producer’s right-hand man.A director has to work with majority of the people and keep them on the same track so that a good film can be made. A director is responsible for translating the producer’s vision to the cast and crew.
• Editor:An editor plays a very important role in the film making. Whenever a film is made, it is the job of theeditorto put everything in sequence. An editor works very meticulously with the director and the producer. The person is also responsible for choosing whether something has to be re-shot or cut away. Doing special effects and synchronizing the sound track is also the job of an editor.
• Screenplay Writer: A screenplay writer uses hiscreative and visualization talentsto format books and stories on the screen. The screenwriter job is to translate between these mediums. A person who is a literature graduate can go for this job role.
• Actor: If you have inherent talent of acting and want to make a career in movies, then you should go for a degree in acting. It will help you in honing your skills as to become an actor you require powers of empathy, a good memory and charismatic personality.
• Animator: The job of Animator is very interesting but at the same time very time taking. It involves creation of moving images, a lot of technical skills, cartoon characters, games, etc. A person must be a graduate in fine arts, graphic design and animation to become an animator.

There are many courses offered by the film making institutes. The list of the same is given below: -

Given below is the list of top recruiting companies that hire individuals who have done successful certificate, post graduate, diploma or degree course in film making: -